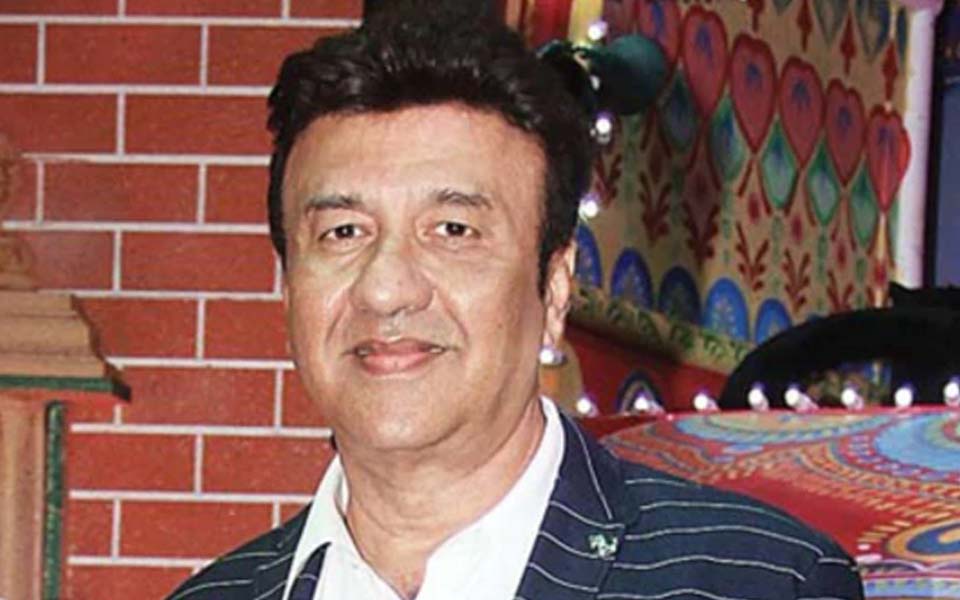 Mumbai, Nov 21: Music composer Anu Malik, who has been accused of sexual harassment by several women, including singers Sona Mohapatra, Neha Bhasin and Shweta Pandit, has offered to step down as a judge of a reality show on Sony TV, channel sources said on Thursday.

"He conveyed to the channel today that he wants to step down till he clears his name," a Sony Entertainment Television insider told PTI.

However, it is uncertain whether the channel accepted his resignation.

"Thank you to all the women & men & the media of India who supported our campaign #MoveOutMalik. A repeat offender like Anu Malik on national tv triggered a lot of trauma, pain & stress in many of our lives. I have been ill for a while & I hope to sleep well tonight," the singer wrote on Twitter.

The development comes a week after the music director denied the allegations, saying he was being "cornered" for something he did not do and may take legal action.

In a statement posted on social media, Malik called the claims "false and unverified", adding they had affected his "only source of livelihood".

Malik was first accused of misconduct last year during the #MeToo wave and was briefly dropped from the singing reality show.

The claims resurfaced with his reinstatement this September.

When he was reinstated Mohapatra penned an open letter, in which she recounted several allegations of harassment against Malik. She also lambasted musicians Sonu Nigam, Vishal Dadlani and Neha Kakkar for supporting him.

Even veteran singer Alisha Chinai had accused Malik of molesting her during the shooting of her hit track "Made in India".

New Delhi: Prime Minister Narendra Modi and his Nepalese counterpart K P Sharma Oli held a telephonic conversation on Saturday, in the first high-level contact after ties between the two countries came under severe strain following issuance of a new political map by the Himalayan nation in May.

Oli called up Modi and greeted the government and people of India on the country's 74th Independence Day, an official statement said. It said Oli also conveyed to Modi his congratulations for India's recent election as a non-permanent member of the UN Security Council.

Modi offered India's continued support to Nepal in its fight against the pandemic and recalled the civilizational and cultural links that the two countries share, it said.

"The leaders expressed mutual solidarity in the context of the efforts being made to minimise the impact of the COVID-19 pandemic in both countries. Prime Minister offered India's continued support to Nepal in this regard," the statement said.

It said Modi thanked Oli for his telephone call.

It is not known whether issues relating to the border row figured in the talks between Modi and Oli.

The ties between the two countries came under strain after Defence Minister Rajnath Singh inaugurated an 80-km-long strategically crucial road connecting the Lipulekh pass with Dharchula in Uttarakhand on May 8.

Nepal protested the inauguration of the road claiming that it passed through its territory. Days later, Nepal came out with the new map showing Lipulekh, Kalapani and Limpiyadhura as its territories.

In June, Nepal's Parliament approved the new political map of the country featuring areas which India maintains belong to it.

In its reaction, after Nepal's lower house of parliament approved the bill, India termed as untenable the "artificial enlargement" of territorial claims by the neighbouring country.

India said Nepal's action violates an understanding reached between the two countries to resolve the boundary issues through talks. Oli has been asserting that Lipulekh, Kalapani and Limpiyadhura belong to Nepal and vowed to "reclaim" them from India.

All villages to be connected with optical fibre in next 1,000 days: PM Modi

Prime Minister Narendra Modi on Saturday announced that the project to connect India's over six lakh villages with optical fibre network will be completed in the next 1,000 days.

The number of people in India who have recuperated from COVID-19 went past 18 lakh on Saturday with a record 57,381 patients discharged in 24 hours pushing the recovery rate to 71.61 per cent, according to the health ministry data.

The forces that succeeded in setting fire on Bengaluru by posting inflammatory comments on social media tried to repeat it in Sringeri only to get their fingers burnt. This incident has revealed the Sangh Parivar’s systematic conspiracy to disturb peace and social harmony.