Gulf Medical University (GMU), Ajman, the biggest private medical university in the Middle East region celebrated its 21st anniversary with a cake-cutting ceremony and a tree-planting event at the university campus, on 5th November 2019. The ceremony was attended by Dr. Thumbay Moideen – Founder, President Board of Trustees GMU, Prof. Hossam Hamdy – Chancellor of GMU, Prof. John R. Raymond – President & CEO of the Medical College of Wisconsin, USA & Member of the Board of Trustees, GMU, Prof. Manda Venkatramana - Vice Chancellor Academics, the Deans of the colleges of GMU as well as other staff and students.

Addressing the gathering, Dr. Thumbay Moideen said that he was grateful to the Almighty, the rulers of the country and his team at GMU, for the continued success and growth of the University. “The completion of 21 years is a significant landmark for Gulf Medical University, as we transform into a leading Academic Health System delivering futuristic medical education at the same providing state-of-the-art healthcare and leading innovative research.”

Elaborating on the future strategic directions of GMU, Prof. Hossam Hamdy said, “GMU is committed to producing healthcare professionals of the future. We are now moving towards becoming a research-intensive university. The type of research which we are running here in cancer immunology and genetics is a very important area. The science of medical education, focusing on the futuristic views of education is another important area of research at GMU. We have the highest number of publication, in reputed journals, regarding medical education; how to build medical schools and health professionals of the future.”

Prof. John R. Raymond said that he was impressed with the growth of GMU, and its approach to medical education and research. “GMU is a dynamic organization. The quality of the faculty and students are quite outstanding. They are deeply committed to doing things collaboratively and innovatively. The student community here is a fine example of inclusion and diversity, which brings strength to the institution. What impresses me the most is the vision and the leadership of GMU. The University also places a lot of emphasis on inter-professional education, blending real-world skills with modern technology. Besides, there is a remarkable synergy between the academic health centers that constitute the GMU Academic Health System.”

A neem tree was planted in the University campus during the 21st anniversary celebrations, as a symbol of growth and purification.

Offering a total of 26 accredited programs through its 6 colleges, the University has been at the forefront of attaining international recognitions, some of the recent ones being the College of Medicine’s recent accreditation based on ‘World Federation of Medical Education’ standards, becoming the first in the UAE and the Gulf region to achieve this feat. The Doctor of Pharmacy (PharmD) program offered by our College of Pharmacy was recognized by the Accreditation Council for Pharmacy Education (ACPE), making it the first internationally certified entry-to-practice PharmD program in UAE. Recently, GMU also hosted the prestigious MRCPUK PACES (Practical Assessment of Clinical Examination Skills) exam in collaboration with the Federation of the Royal Colleges of Physicians of the United Kingdom, joining the exclusive list of international PACES exam centers in the region. 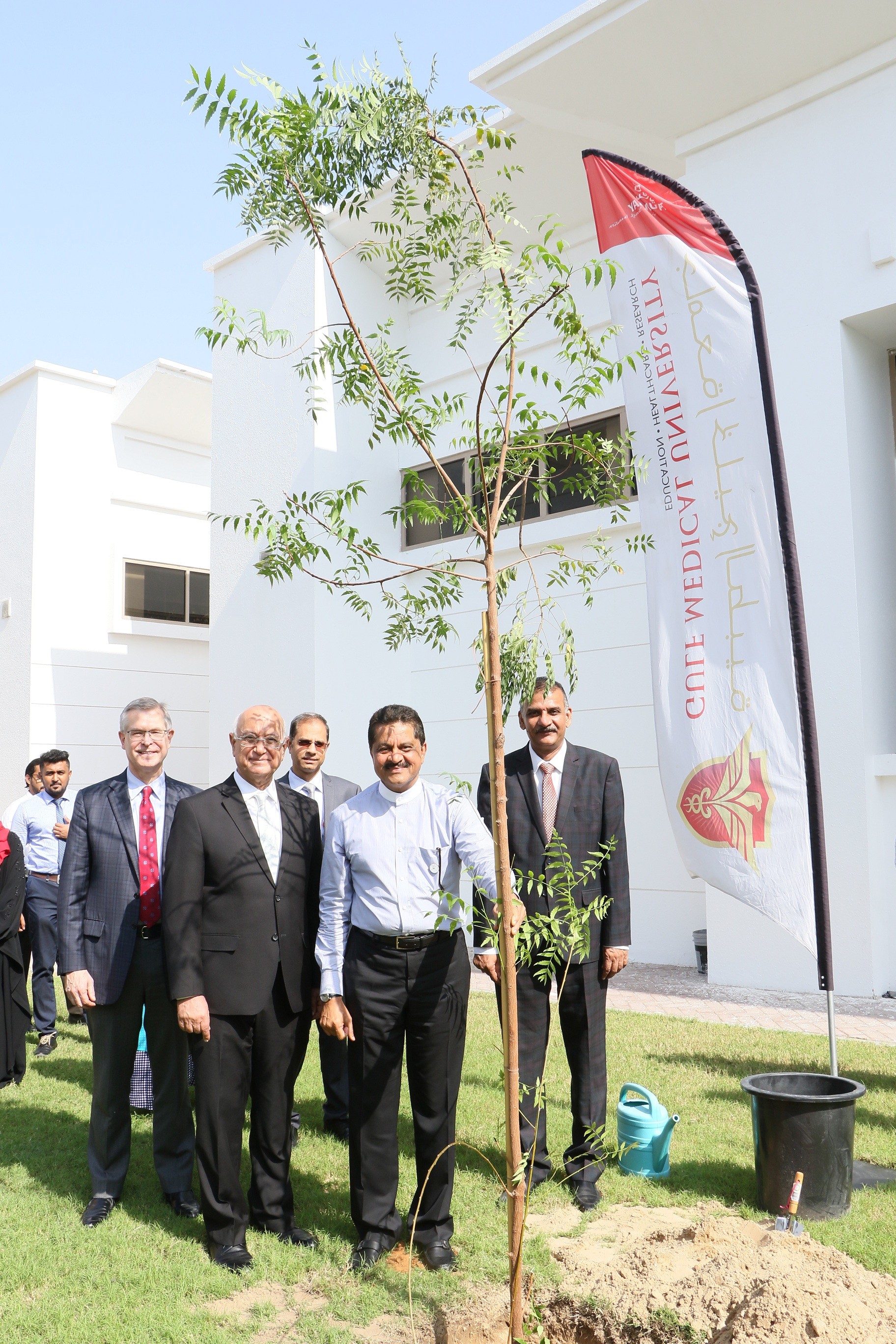 Kozhikode: The Kerala government on Saturday announced Rs 10 lakh compensation to the families of those who died when an ill-fatedAir India Express flight veered off the runway while attempting to land at the Karipur international airport here.

At least 18 people have lost their lives and 149 are under treatment at various hospitals of Malappuram and Kozhikode districts, Chief Minister Pinarayi Vijayan told the media after a high-level meeting held at the district in which state Governor Arif Mohammed Khan also participated.

The CM also said out of the 18 who died, 14 are adults and four are children. "Out of the 14 adults, seven are male and others female.

Currently, 149 people are in various hospitals of Malappuram and Kozhikode, out of which 23 are in critical condition. Earlier, 23 were discharged after being provided initial medical assistance," Vijayan said.

The black box of the ill-fated Air India Express flight that could throw light on how it overshot the runway here and crashed has been recovered while the toll in the mishap rose to 18 on Saturday with a passenger succumbing to injuries, officials said.

New Delhi: Prime Minister Narendra Modi will on Sunday launch a financing facility of Rs one lakh crore under the Agriculture Infrastructure Fund. He will also release the sixth instalment of funds of Rs 17,000 crore to 8.5 crore farmers under the PM-KISAN scheme, an official statement said on Saturday.

At least 20 bodies have been recovered so far from the debris of the landslides that flattened a row of 20 houses of tea estate workers in the high range Idukki district in Kerala, as efforts were underway amid continuing rains to locate those missing.