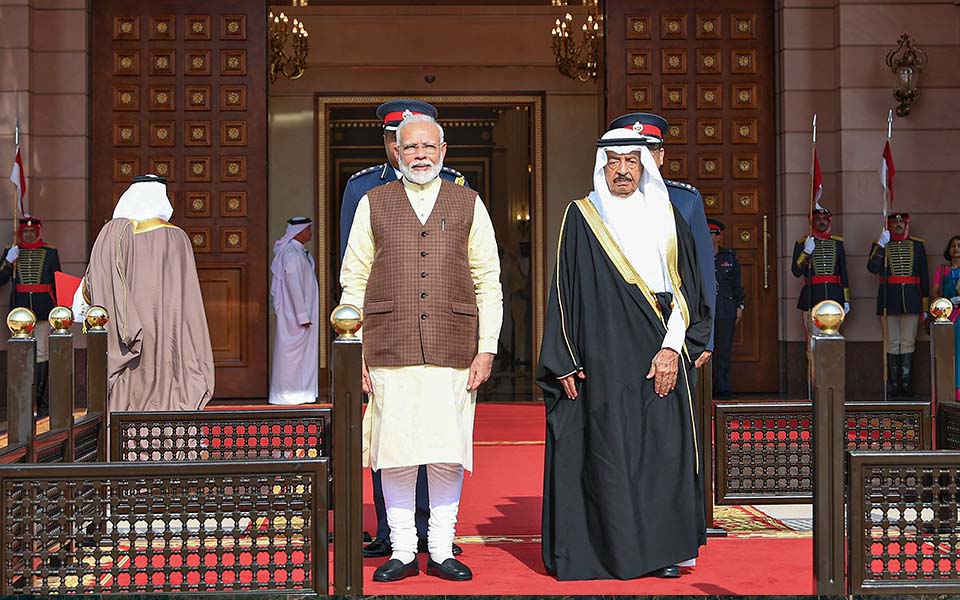 Manama, Aug 24: Prime Minister Narendra Modi on Saturday said the RuPay card will soon be launched in Bahrain after India and the Gulf nation signed a MoU to allow the Indian expatriates hassle-free money transfer at cheaper costs.

RuPay card scheme was launched in 2012 to fulfil the Reserve Bank of India's vision to have a domestic, open and multilateral system of payments.

"I am glad that you will be able to transact in Bahrain soon with RuPay card. Today there is a MoU signed for use of RuPay card," the prime minister told thousands of Indians assembled at the Bahrain National Stadium here.

"Our intention is to provide you the facility to send money to your home in India through RuPay Card. Now you will be able to say that "Bahrain - Pay with RuPay," he said.

This will also allow the Indian community in Bahrain to transact at cheaper, he said.

Earlier in the day, Modi launched the RuPay card in Abu Dhabi, making the UAE the first country in the Middle East to initiate the Indian indigenous system of electronic payment.

India has already launched the RuPay card in Singapore, Bhutan and the UAE.

The UAE was added to the list on Saturday during the prime minister's visit to Abu Dhabi.

RuPay is a highly secure network that protects against cyberhacks and is India's version of Master Card and Visa.

Today, there are close to 500 million RuPay cards in circulation in India.