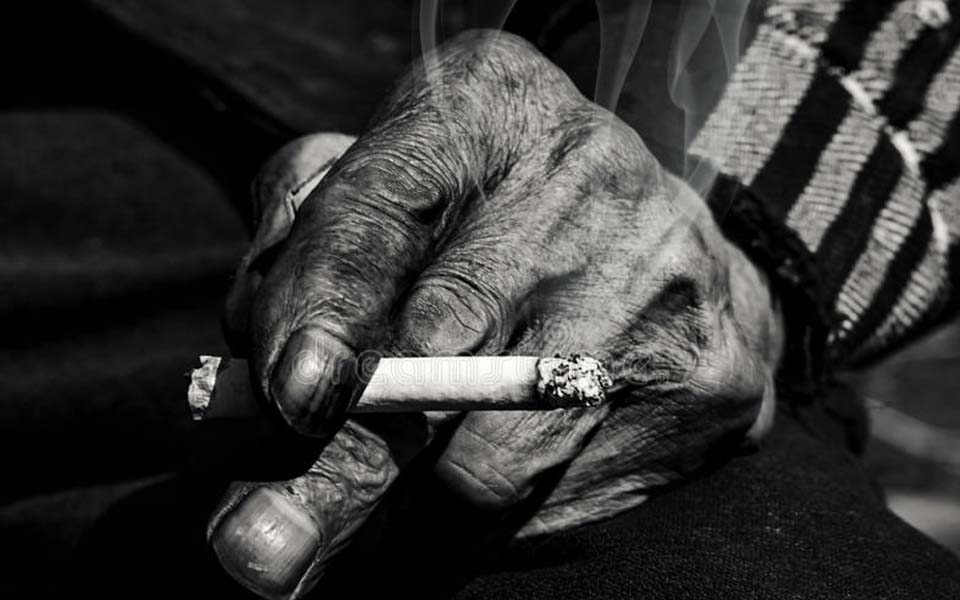 London: Smoker’s Face a condition where smokers look older than they are, is just one of many negative effects caused by heavy tobacco usage, researchers have warned.

“We searched across thousands of traits to identify those that may be affected by how heavily someone smokes. As well as identifying several known adverse effects such as on lung health, we also identified an adverse effect of heavier smoking on facial aging,” said study author Louise Millard from the University of Bristol in UK.

According to the study, published in the journal PLOS Genetics, some people carry one or two copies of a genetic variant that is associated with heavier tobacco use.

To simultaneously identify these two types of effects, the researchers used a novel combination of two data analysis approaches and applied them using data from people in the UK Biobank.

They separated people into two groups. The first contained people who had never smoked, and the second included current and former smokers.

Besides emphasising smoking’s many dangers, the study also serves as proof of principle that these data analysis tools can be used to identify effects of other exposures of interest, such as alcohol intake.

Mangaluru: In the view of lockdown in Dakshina Kannada District amidst the spread of coronavirus, Kanachur Hospital and Research Centre, a constituent Hospital of Kanachur Institute of Medical Sciences, Natekal, Mangaluru has introduced free Ambulance services in the District for patients seeking admission into Kanachur Hospital.

According to a press statement, the services will be provided for ICU patients, pregnant women for deliveries and emergency surgeries.nPeople wanting to avail the services can call the following numbers in case of medical emergency for ambulance service: 9448859080, 9663224133, 9632381427, 9164150377. Residents from Ullal constituency area are requested to call 7339900113 (Samad).

Seven new coronavirus cases reported in Karnataka, tally up to 98

Seven new positive cases of coronavirus have been confirmed in Karnataka, taking the total number of affected in the state to 98, the Health department said on Tuesday.

In the wake of reports suggesting that several people who attended congregation prayer at Markaz Nizamuddin, along with Telangana Government report that two people in the state had died of Corona Virus after attending the religious prayer in Delhi, the Markaz Nizamuddin on Tuesday issued a press statement on the matter and clarified its stand.

Karnataka govt clarifies on use of mask

With many departmental stores, shops and establishments insisting on people to wear masks, Karnataka government on Tuesday clarified that as a rule every one need not wear a mask.