Always believed I'd sing on stage one day: Ranu Mondal 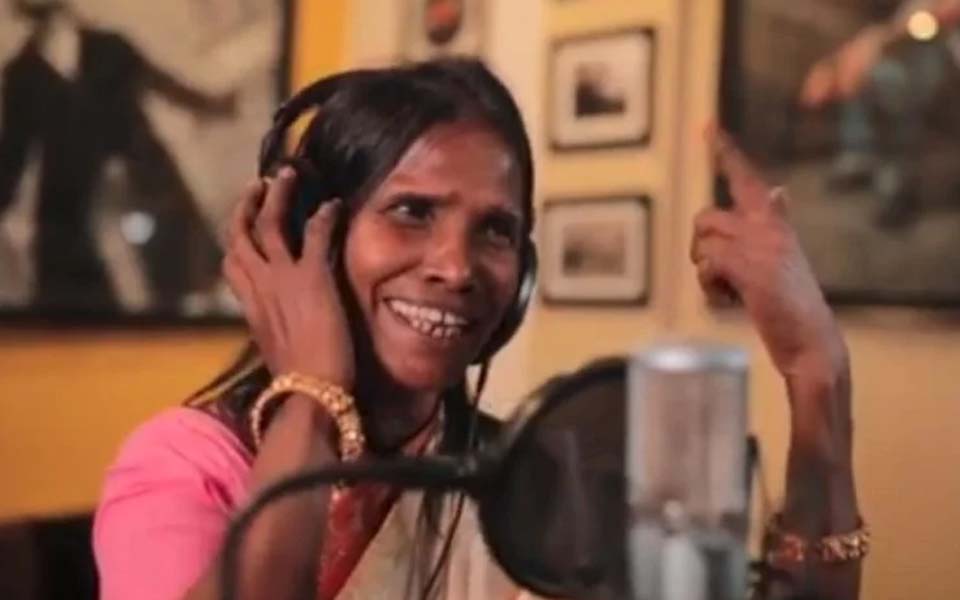 Mumbai, Sep 11: Internet sensation Ranu Mondal on Wednesday said even though life is full of ups and downs, she had faith that she would one day be singing on stage.

Impressed with her talent, music composer-singer Himesh Reshammiya recorded two songs with her for his upcoming film "Happy Hardy and Heer".

At the launch of the song "Teri Meri Kahani" from the movie, Mondal said she was blessed to receive this opportunity.

"I am grateful for the love of people. They have given me immense love and I got a chance to sing. Himesh ji gave me this big chance, relying solely on my voice. I'm so grateful," she told reporters.

"If I didn't have the love, I maybe wouldn't have been able to sing songs. I have God's love, which is why I could sing," Mondal added.

"When I used to sing, I didn't realise (this day would come), but I had faith in my voice. I was initially inspired by Lata (Mangeshkar) ji's voice and used to sing as a child. Even in the future I'll continue to sing.

"I never lost hope. Yes, the magnitude of the stage given to me by Himesh ji, is something that may be I didn't anticipate. I had earlier performed on stage but there was a gap of few years in between," she added.

Mondal said the distance between the stage and her could never end her bond with music.