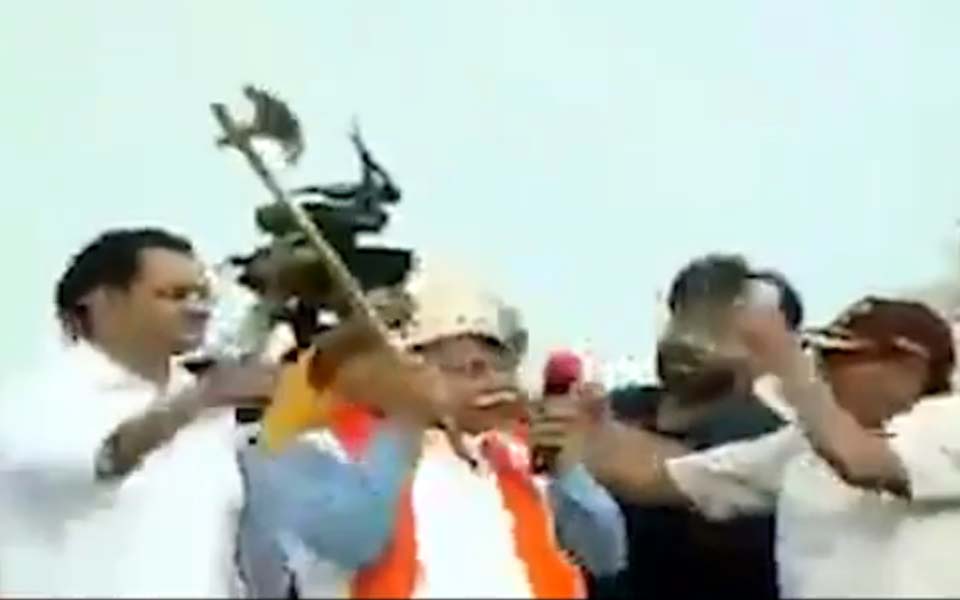 Chandigarh: A video has emerged showing Haryana Chief Minister Manohar Lal Khattar losing his temper. In the video, Khattar is seen threatening his aide with an axe in his hand.

"Gardan kaat doonga teri (I will decapitate you)," Khattar can be heard telling the Bharatiya Janata Party leader, who had placed a crown on his head.

Holding an axe in his hand, Khattar is seen telling people during a rally that the public how the tool can be used to destroy enemies.

Immediately, a BJP leader standing behind the CM places a crown on his head. This clearly upsets the Haryana CM, who turns around and threatens to chop off the BJP leader’s head. "What are you doing? I will chop off your head. Move aside," said Khattar.

The Haryana CM, later, defended his arrogance, saying he said those words because he did not like to be honoured with a silver crown.

Congress spokesperson Randeep Singh Surjewala also tweeted the video, saying anger and arrogance are injurious to health. "Why does Khattar saheb get angry?"

Kerala government not to cooperate with procedures for NPR updation 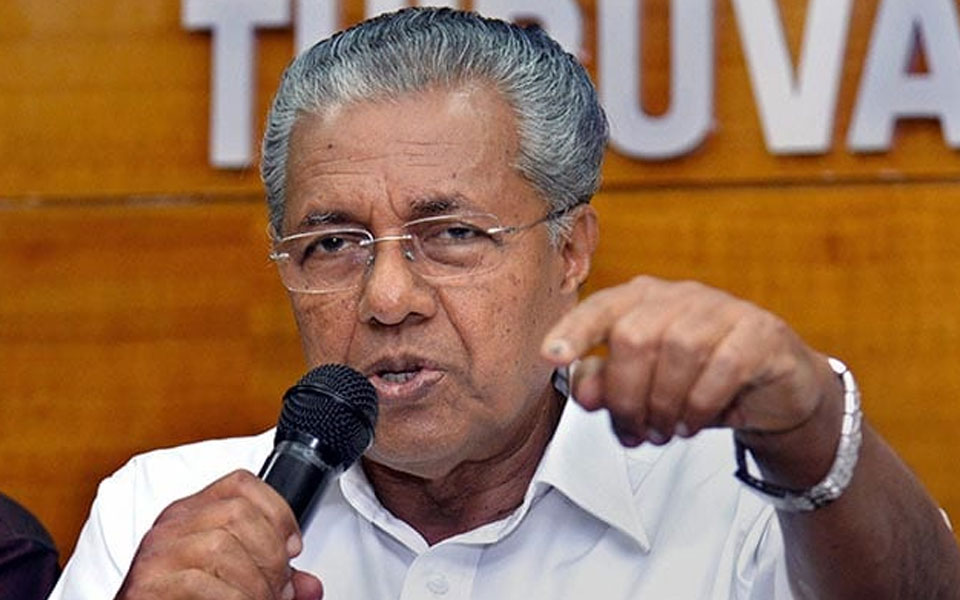 Thiruvananthapuram: The Left government in Kerala on Monday decided to inform the Centre that it would not cooperate with any official procedures regarding the updation of the National Population Register (NPR).

The decision in this regard was taken at a special cabinet meeting chaired by Chief Minister Pinarayi Vijayan here.

The government also decided to inform the Registrar General and Census Commissioner under the Union Home Ministry it was unable to cooperate with anything with regard to the updation of the NPR.

The Y S Jagan Mohan Reddy government on Monday introduced a Bill in the Andhra Pradesh Legislative Assembly to give shape to its plan of having three capitals for the state, with the executive capital in Visakhapatnam, Legislative capital in Amaravati and judicial capital in Kurnool.

Mangaluru: Security personnel at the Mangaluru International Airport on Monday found a unattended suspicious bag triggering panic among the people.

The Supreme Court on Monday sought response of the Centre and the Election Commission on a plea seeking stay on the electoral bond scheme meant for funding political parties.