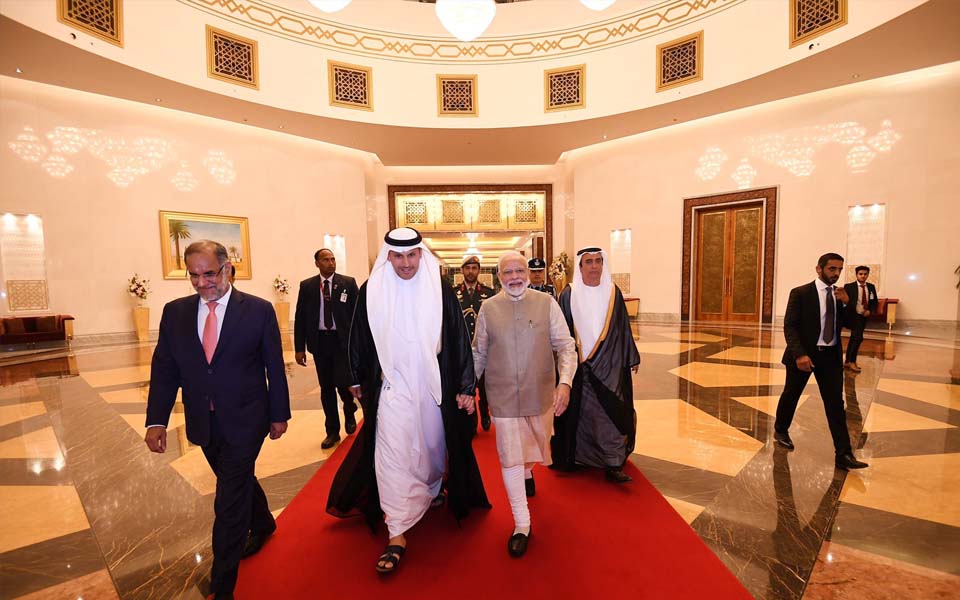 Dubai, Aug 23: Prime Minister Narendra Modi on Friday arrived in the UAE where he will discuss bilateral and regional issues with the top leadership.

Modi reached UAE capital Abu Dhabi from Paris on the second leg of his three-nation tour to France, UAE and Bahrain.

"Reached Abu Dhabi. Looking forward to holding talks with His Highness Crown Prince @MohamedBinZayed and discussing the full range of friendship between India and UAE. Deepening economic relations will also be on the agenda during this visit," Modi tweeted

He will also receive the 'Order of Zayed', the highest civilian decoration conferred by the UAE government.

From Abu Dhabi, Modi will visit Bahrain where he will hold talks with King Shaikh Hamad bin Isa Al Khalifa and also witness the formal beginning of the re-development of the temple of Shreenathji -- the oldest in the Gulf region before returning to France on Sunday to attend the G7 Summit meetings.

Modi's visit to Bahrain is significant as it will be the first visit of an Indian Prime Minister to the country.

He would also meet and interact with the Indian diaspora during the visit.

Earlier in the day, Modi held bilateral meeting with his French counterpart Edouard Philippe and discussed issues of bilateral and mutual interests to further boost the comprehensive strategic partnership.

He also met UNESCO Director General Audrey Azoulay and addressed the Indian community at the UNESCO headquarters after inaugurating a memorial at the foothills of the Mont Blanc mountain in the honour of the victims of two Air India crashes in France in 1950s and 1960s in which several Indians, including Homi J Bhabha, regarded as the father of India's nuclear programme, were killed.

Looking forward to holding talks with His Highness Crown Prince @MohamedBinZayed and discussing the full range of friendship between India and UAE.

Deepening economic relations will also be on the agenda during this visit. pic.twitter.com/gpFmCeulj6