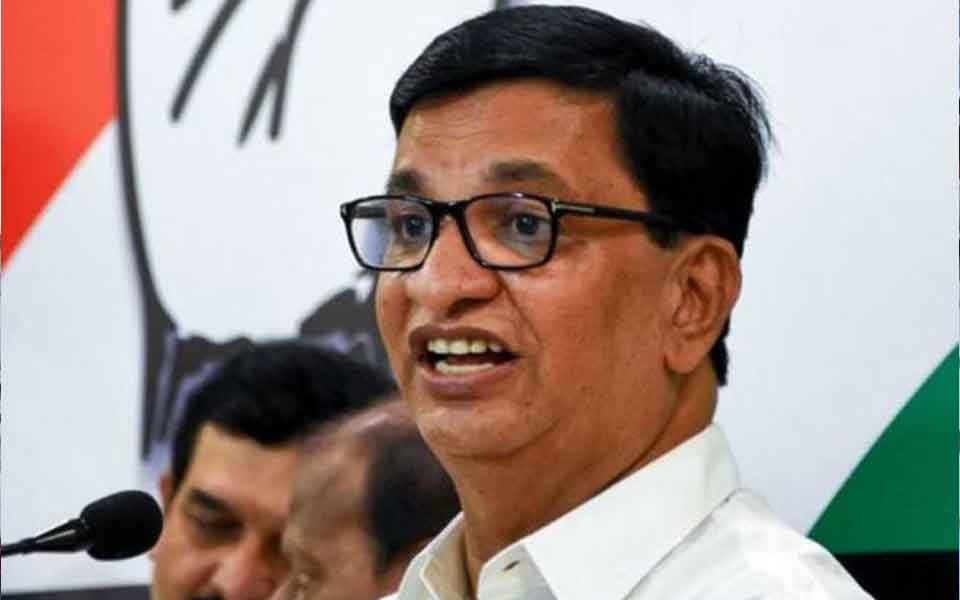 Mumbai: Maharashtra minister and state Congress chief Balasaheb Thorat on Friday alleged that the RSS is trying to induct people as its volunteers by "intruding" into schools, colleges and university campuses.

Seeking an inquiry into it, Thorat said the Maharashtra Vikas Aghadi (MVA) government of Shiv Sena, NCP and Congress will not tolerate the "RSS-BJP agenda" on campuses.

Thorat was referring to 'Knowing RSS', a special lecture to be given by All India Sampark Pramukh of RSS, Aniruddha Deshpande, in Pune on Saturday for the students of journalism in Pune.

The event has been organised by the Vishwa Samvad Kendra (VSK), the media wing of the RSS.

Thorat tweeted a photo of the notice issued by the Department of Communication and Journalism of the Savitribai Phule Pune University (SPPU) to its students, in which it said that the organisers have requested it to send its students for the lecture.

"Since it is within the framework of our fourth semester syllabus, the same has been included in our weekly schedule," the department notice read.

In his tweet, Thorat said, "The swayamsevaks from RSS have been made a part of educational institutes in the state with blessings of the previous BJP led government. They are now campaigning inside varsity campuses."

"Rather than focusing on giving quality education, they are trying to induct more people as their swayamsevaks by intruding schools, colleges and varsity campuses. This is serious and an inquiry has to be conducted," he added.

The senior Congress leader said he has spoken to state Higher and Technical Education Minister Uday Samant and requested a probe and action against the offenders.

"The Maha Vikas Aghadi government will not tolerate RSS BJP agenda in campuses," he said in another tweet.

Recently, the Mumbai University (MU) had called off midway its two-day training workshop meant for its senior officials being held at RSS-affiliated Rambhau Mhalgi Prabodhini at Uttan near Mumbai, apparently after a Congress leader objected to it saying the institute did not have expertise.

Congress leader and former Lok Sabha member from Maharashtra, Rajeev Satav, had objected to the training session and raised the issue with the Higher and Technical Education Minister.