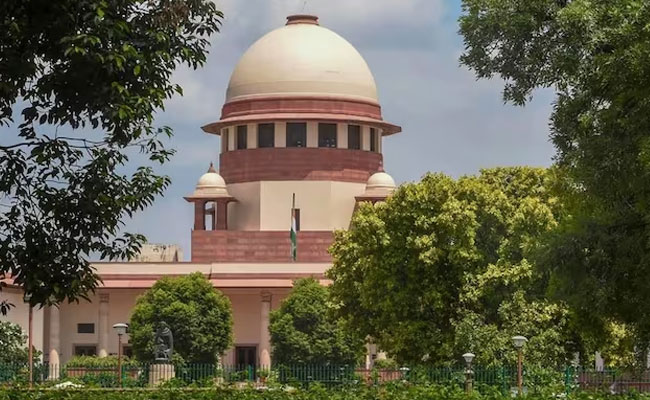 Chandigarh: The Congress on Friday said its members have approached the Supreme Court in their individual capacities against the recent job quota judgment and the party will take a decisive step on the issue in the next two days.

Congress leaders Randeep Singh Surjewala and Kumari Selja said the party will bring the government to its knees if it does not undo the judgment, which made clear that state governments are not bound to provide reservation to SC, ST and OBC communities.

The verdict came on February 7. But even a week after the Supreme Court ruling, neither the Uttarakhand government nor the Central government has filed any petition against the apex court verdict, Surjewala said.

Congress people have certainly come forward in their individual capacities to file petitions, he said. In the next 48 hours or so, we are about to take a more decisive step on this.

But Surjewala, who is the chief spokesperson of the Congress, did not elaborate if the party is planning to seek a review of the judgment.

There are two options before the government and we will force them on their knees on behalf of the Scheduled Castes, Scheduled Tribes and Backward Classes till they accept, Surjewala said.

He said the options are to go back to the Supreme Court and seek a review, or bring in an ordinance or legislation to undo the judgment.

At their joint press conference here, Surjewala and Haryana Congress chief Kumar Selja claimed that the BJP and RSS have been "sabotaging" reservation for the oppressed sections of society.

Surjewala said the prime minister should have sought an explanation from the BJP government in Uttarakhand its stand in the apex court.

Prime Minister Narendra Modi should apologise before the country and dismiss the Uttarakhand chief minister, he said.

The Congress leaders charged that it is in the DNA of the BJP and the RSS to try to erase reservation and take away the rights of the deprived sections.

Selja said the Congress will stage protests on Sunday at the district-level to "expose" the Modi government's "conspiracy to end reservation" for SC, ST and OBC.

The Supreme Court's ruling related to pleas on Uttarakhand government's September 2012 decision to fill up all posts in public services without providing reservations to the SC and ST.

"In view of the law laid down by this court, there is no doubt that the state government is not bound to make reservations, the bench of justices L Nageswara Rao and Hemant Gupta said.

There is no fundamental right which inheres in an individual to claim reservation in promotions," it added.

The Congress leaders also claimed that cases of atrocities against Dalits in the country have been on the rise under the BJP government. They said there was a 20 per cent increase in such cases during the five years of the BJP government in Haryana.