Will never align with GFP in Goa: Congress on Sanjay Raut's remarks 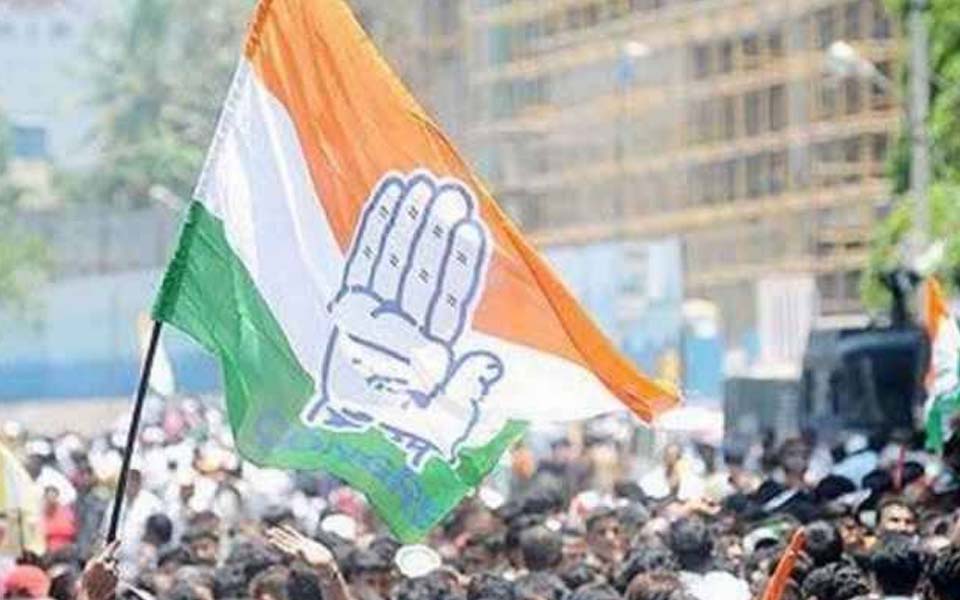 Panaji, Dec 2: The Congress will never align with the Goa Forward Party (GFP), a senior leader said on Monday, days after Shiv Sena leader from Maharashtra Sanjay Raut spoke about a prospective anti-BJP front and predicted a "political earthquake" in the coastal state.

Hitting back, GFP president and former deputy chief minister Vijai Saredsai said the lines demarcating the ruling camp and the opposition are getting "blurred" in Goa.

Sardesai's party is a part of the National Democratic Alliance (NDA) in the coastal state.

However, the opposition Congress is bitter about Sardesai.

"Sardesai has been sticking to the NDA despite he and two of his MLAs were dropped from the Cabinet in July this year by Chief Minister Pramod Sawant. If Sardesai walks out of the NDA, he would be made another Chidambaram by the BJP," Congress spokesperson Trajano D'Mello told reporters.

A day after the Shiv Sena-NCP-Congress government took over in Maharashtra on November 28, Raut had said an anti-BJP coalition would be formed in Goa.

Raut also spoke to leaders of the Maharashtrawadi Gomantak Party (MGP) and GFP, both of which are, like the Sena, former BJP allies.

While Sardesai met Raut in Mumbai and supported the Sena's proposal, MGP's Sudin Dhavalikar also said that such a coalition was possible.

"Sardesai has been speaking against CM Sawant but not against the BJP. He claims himself to be like-minded with the Congress, but at the same time, he continues with the NDA.

Sardesai knows that he would be made another P Chidambaram (former Union minister currently in jail) if he dumps the NDA.

There are files against him piled up with the BJP," D'Mello said.

When his comments were sought on Raut's statement, D'Mello said the Congress will never align with the GFP "which ditched the Congress after the 2017 Assembly polls and joined the Manohar Parrikar-led BJP government.

He said the Congress began discussions with the Sena in Maharashtra only after the latter withdrew from the NDA.

The Congress is a ruling constituent of the Sena-led Maharashtra Vikas Aghadi (MVA) government in the neighbouring state.

Meanwhile, Sardesai hinted at a "match-fixing" between the Congress and the BJP.

He also said he had never approached the Congress in Goa, as it didn't "represent" the Opposition.

"D'Mello's statements show that the lines between the Opposition and ruling camp are blurred. Now, the Congress is defending the chief minister more vehemently than the BJP, which clearly indicates that match fixing has reached the conclusive stage where the spokesman for the CM happens to be the spokesman from the opposition.

"We have a situation where both the ruling and the opposition have got irreparably fixed," he said.

The forces that succeeded in setting fire on Bengaluru by posting inflammatory comments on social media tried to repeat it in Sringeri only to get their fingers burnt. This incident has revealed the Sangh Parivar’s systematic conspiracy to disturb peace and social harmony. It is clear again that the Sangh Parivar and its forces can go to any extent and unleash heinous crimes as part of their agenda to create intolerance, and drive a wedge between people in the name of caste and community. It is now the responsibility of the law enforcement agencies  to unravel the networks of these anti-social elements.

Last Wednesday, some miscreants threw a green colour banner on Shankaracharya’s idol in Sringeri. As the colour of the banner was green and the idol belonged to Hindu religion, Sangha Parivar leaders declared that this act has been performed by  members of a specific community even before the police could conduct an investigation. Sringeri suddenly became tense. A group of Sangha Parivar members raided the house of an innocent person and assaulted another. In addition to all of this, a sudden protest under the leadership of former minister D. N. Jeevaraj was held in front of the town police station. Anyone with basic education would understand that the banner does not belong to any community or party. But the former legislator did not have the patience to examine this. Instead, by  issuing repeated inflammatory statements, he tried to set Sringeri on fire. For him, the need to trigger tension in Sringeri was more important than finding out whether the idol of Shankaracharya was really desecrated. The most dangerous element of his behavior was that during the protest, he referred to the derogatory statements made against Prophet Mohammad and defended it. This shows that the former legislator, maliciously, wanted to trigger in Sringeri the same kind of unrest that some localities in Bengaluru witnessed earlier this week. Though he made the statements right in front of the police station, the police have not yet acted against him. Instead, buckling under the pressure of the Sangh Parivar, they detained an innocent person who had nothing to do with the incident for an entire day.

Though the law is blind, the CCTV in the local mosque was alert and captured the footage of the alleged ‘anti-national, extremist, terrorist’. It showed that a person named Milind Pujari who has links with the Sangh Parivar entered the mosque, took the banner, and threw it on the idol of Shankaracharya. The next morning, citing a headache, he got himself admitted to a hospital. When the CCTV footage revealed the truth, the Sangh Parivar leaders immediately tucked their tails and withdrew into their burrows. At the same time, the police declared that ‘it was an act of a drunkard’ and announced that there is no role of any ‘Sangha’ or party. Let us assume that this was an act of a drunkard. However, in the absence of the CCTV in the mosque, wouldn’t the act have been portrayed as that of a ‘Muslim extremist’? If the real accused was not found, a gang of outlaws would have attacked Sringeri. Innocent people of a specific community would have lost their lives in the riots.  The former minister’s statements had dropped such hints.

On a closer examination, it doesn’t appear that the entire episode does not appear to be an act committed by a drunkard. The accused Milind is already facing several cases and has a criminal history. He is not only facing two cases of theft but his links with Sangh Parivar leaders have now come into the open. The drunkard was very well aware that he was entering the mosque. Besides, the act of throwing the banner on the idol of Shankaracharya is not accidental. The fact that he admitted himself into the hospital the next day further strengthens the doubts over the nature of the incident. What then do the din raised by the Sangh Parivar including the former minister indicate? Was the former minister’s group also intoxicated? Was he under the influence of alcohol when he defended the abuse against the Prophet in the presence of police? The police should issue a clarification on this as well.

There is no doubt that the accused Milind Poojari, former minister Jeevaraj, and his team were intoxicated with communal hatred and wanted to create trouble in Sringeri. Therefore, not only Milind Poojari but the former minister who tried to hatch a conspiracy of triggering violence and unrest is also the main accused in the incident. The police must file a case against him as well. At the same time, investigation must be conducted into the links between those responsible for the recent violence in Bengaluru by making derogatory statements against Prophet Mohammad and those in this incident. Otherwise, these evil forces would reign supreme again.

At the same time, it is the duty of the people to be restrained during communally tense situations. The main objective of miscreants is to spread hatred and divide society, and these forces use social media websites and the media extensively to achieve their designs. Therefore, people should show patience when they hear rumours. Attempts aimed at instigating people through inflammatory statements on social media should be handled legally and in democratic ways, thus defeating the designs of these anti-social elements. We need to learn from the incidents in Bengaluru and Sringeri that it is now time for people who want to build a peaceful society to come together in the midst of those who want to destroy it.

Prime Minister Narendra Modi on Saturday said the government is deliberating on what should be the minimum age of marriage for women and has set up a committee to look into the matter.

An earthquake of 3.1 magnitude with epicentre near Koyna dam in Maharashtra's Satara district was recorded on Saturday morning, officials said.

The Congress on Saturday asked why those sitting in power are scared of naming China which has entered Indian territory, and said every Congress worker and every Indian is proud of the armed forces.