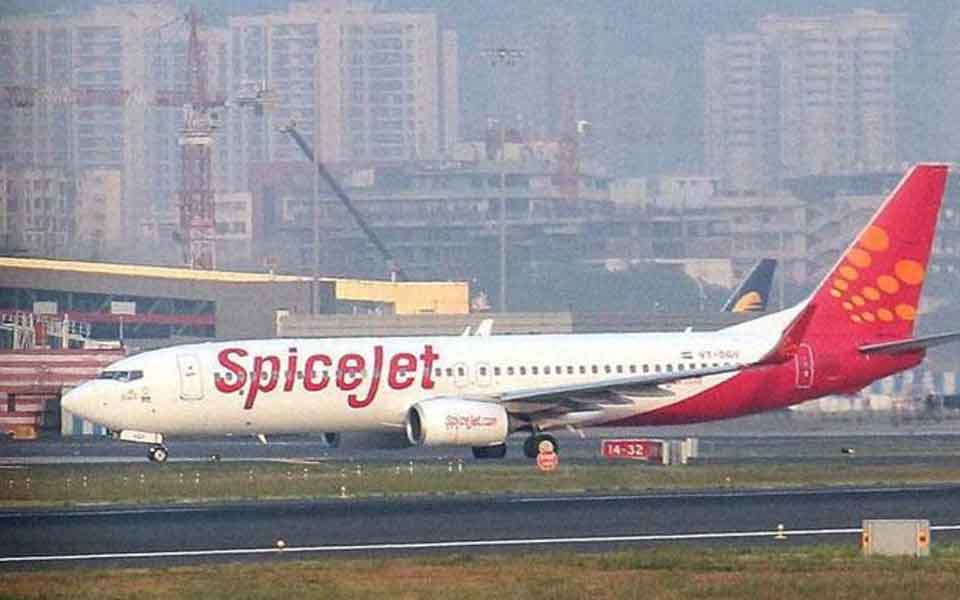 Mangaluru: The Directorate General of Civil Aviation (DGCA) has suspended flying license of a Pilot-In-Command of a SpiceJet flight and his first officer for 4.5 months for jeopardizing the safety of the aircraft and passengers when they landed their aircraft at the hilltop runway of Mangaluru International Airport on October 31, 2019.

The SpiceJet flight Beoing 737 landed at Mangaluru Airport on October 31 from Dubai and made an unstabilised landing at the runaway after which the runway edge lights were found damaged.

The DGCA probed the landing and issued show cause notices to the pilot and first officer seeking their explanation for the unstabilised landing of the flight.

A top DGCA official added that the replies to the show cause notices was not satisfactory and the investigation also revealed that the aircraft touched the down left of the centerline and further deviated to the left jeopardizing the safety of the aircraft and passengers onboard.

"Our investigation has revealed that the aircraft touched down left of the centerline and deviated further to the left. The delayed corrective input by the crew led to damage of three runway edge lights."

"Reply to the show cause notice (to the pilots) was not satisfactory on following grounds: Delayed corrective input by the crew after touchdown led the aircraft deviating further left and jeopardizing the safety of the aircraft and the passengers. DGCA has suspended the license held by the PIC and first officer for 4.5 months (135 days) from the date of incident," the official added.