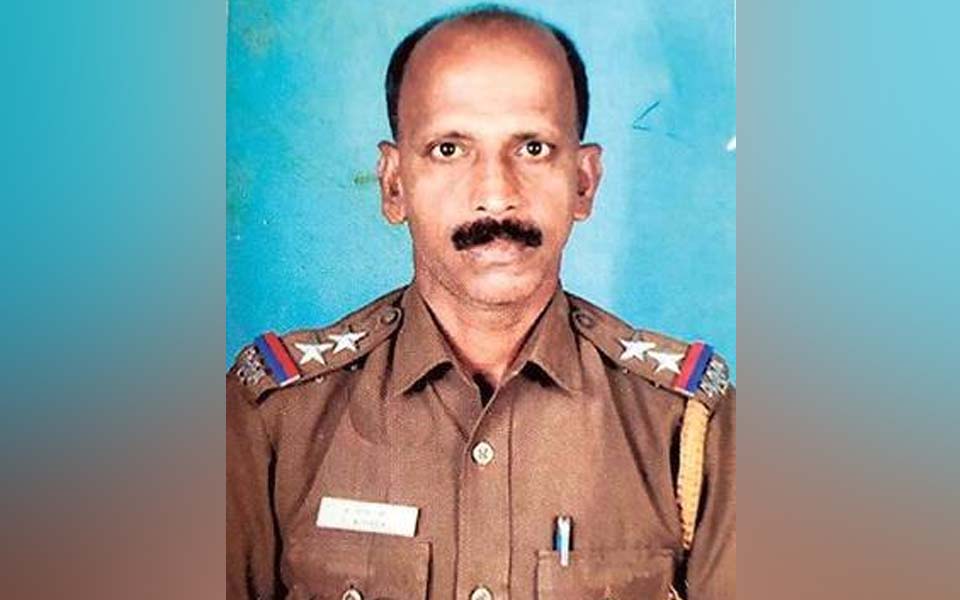 A file photo of Wilson, Special Sub-Inspector of Police | PC: The Hindu

Mangaluru, Jan 14: Two prime suspects in the murder of special sub-inspector of police Wilson (57) at a check post in Tamil Nadu were arrested from the Udupi railway station, about 55 KM from here, on Tuesday, police said.

The arrested suspects have been identified as Abdul Shameem (29) and Taufeeq (27), both hailing from Thiruvithancode near Nagercoil in Kanyakumari district of Tamil Nadu, they said.

Personnel belonging to the Tamil Nadu 'Q' branch, which handles matters related to extremists and involving national security, took the duo into custody.

Two unidentified men had shot at Special sub-inspector Wilson using a pistol and stabbed him when he was on duty at the Kaliyakkavilai checkpoint in Kanyakumari on the border with Kerala around 9.30 pm on January 8.

New Delhi: The Congress on Saturday asked why those sitting in power are scared of naming China which has entered Indian territory, and said every Congress worker and every Indian is proud of the armed forces.

Talking to reporters after Prime Minister Narendra Modi's address, Congress' chief spokesperson Randeep Surjewala also said all Indians should ask the government this Independence Day what it was doing to protect the country and push China back.

In his speech from the ramparts of the Red Fort, the prime minister said India's soldiers had given a fitting reply to those who had challenged the country's sovereignty, from "LoC to LAC". Modi, who did not name China, added that the whole country is united in protecting the sovereignty of the country.

"Each and every Congress worker and all 130 crore Indians are proud of our armed forces and have full faith in them. We salute the armed forces for giving China an apt reply every time there has been an attack. But what about those who are sitting in power. Why are they scared of mentioning China's name?" Surjewala asked.

"At a time when China has entered Indian territory, every Indian needs to ask the government what it is doing to push China back and protect the country. On this Independence Day they should ask this. That is the true sense of democracy," the Congress leader added.

He said it is important to question the government on whether it believes in the mandate of the people and if there is freedom to speak freely in the country.

The foundation of an 'Atma Nirbhar Bharat' (self-reliant India), he said, was laid by Pandit Jawaharlal Nehru, Sardar Vallabhbhai Patel and our freedom fighters.

The California State Assembly in the US has recognised late Bollywood actor Sushant Singh Rajput for his efforts to promote India's rich culture and heritage and his immense contributions to Indian cinema.

A team of genomic researchers from two institutes has identified 73 novel variants of the COVID-19 strain in Odisha, its head has said.

A team of researchers from the Indian Institute of Science (IISc) and the Indian Space Research Organisation (ISRO) has developed a sustainable process for making brick-like structures on the moon, according to IISc.