Bengaluru: Thousands of people belonging to the Vokkaliga community took out a protest rally here on Wednesday against the arrest of senior Congress leader D K Shivakumar and to express solidarity with him as the issue appeared to take a caste colour.

The protesters poured into the city from different parts of the State, particularly the Vokkaliga stronghold of Old Mysuru region, in respose to "Raj Bhavan Chalo" call given by various outfits of the community.

Vokkaliga and Lingayat are the two dominant communities of Karnataka.

Shivakumar, an influential Congress leader of Karnataka and a former Minister, was arrested on September 3 by the Enforcement Directorate in a case of alleged money laundering and has been in the custody of the agency since then.

The protest march from National College grounds to Freedom Park and then to the Raj Bhavan was backed by the opposition Congress and the JDS.

Holding placards, banners and posters of Shivakumar, the rallyists raised anti-BJP slogans. Thousands of policemen had been deployed all along the route to ensure law and order.

Anticipating a huge turnout, police had diverted traffic which was however thrown out of gear leading to snarlsin parts of the city.

The ED has summoned Shivakumar's daughter Aishwarya in connection with its probe against the former Minister. She has been asked to depose before the investigating officer of the case on September 12.

It is expected that her statement would be recorded under the Prevention of Money Laundering Act and questioned over aspects including Shivakumar's trip to Singapore in 2017 vis-a-vis money laundering allegations.

The ED had in September last year registered a money laundering case against Shivakumar, Haumanthaiah, an employee at Karnataka Bhavan in New Delhi, and others.

This criminal case was based on an Income-tax department charge sheet filed against Shivakumar and others before a court in Bengaluru for alleged tax evasion and hawala dealings.

Accusing the BJP government of indulging in "vendetta politics", Shivakumar had on Tuesday exuded confidence that he will emerge "victorious" both legally and politically.

He also thanked party leaders and supporters for standing behind him and urged them to hold a peaceful protest here on Wednesday and not cause any inconvenience to common people.

"I would like to reiterate that I have done nothing wrong & am a target of vendetta politics.

With the support and blessings that I am receiving from all of you, and my belief in God and our judiciary, I have full faith that I will emerge victorious both legally and politically (sic)," a tweet from Shivakumar's Twitter handle read. 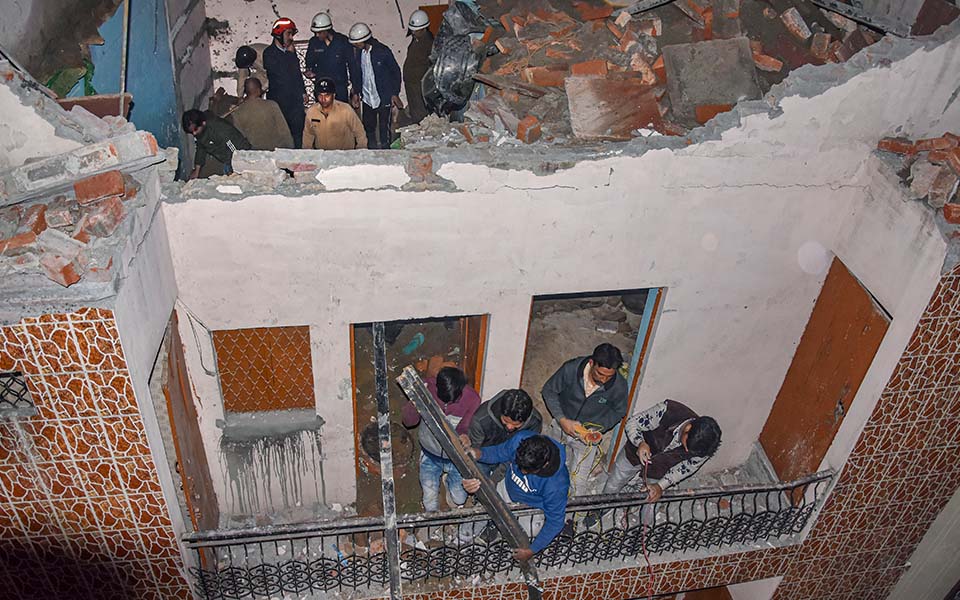 They said around 30 students, all minors, were attending classes at the coaching centre when the upper two floors of the four-storeyed building collapsed, trapping them under the debris.

The fourth floor of the building was under construction and did not have a roof, the officials said.

The Fire Department received a call around 4.30 pm, following which seven fire tenders were rushed to the spot, the officials said.

Thirteen people, including minor students, have been shifted to the Guru Teg Bahadur Hospital, they said, adding that Umesh Kashyap, the owner of the building, is also among the dead.

Condoling the death of the four students, Lieutenant Governor of Delhi Anil Baijal said he has directed all concerned to provide all possible support for the speedy recovery of the injured.

"Deeply saddened to learn of the tragic deaths including those of innocent children during the building collapse in Bhajanpura, East Delhi. May God give strength to their family and loved ones to deal with this tragedy," Baijal tweeted.

"Have directed all concerned to provide all possible support for the speedy recovery of the injured. Action will be taken against those found guilty of lapses which led to this tragic accident," he said.

Delhi Chief Minister Arvind Kejriwal, who visited the accident site, also expressed grief over the death of the four students in the incident.

"Visited site of Bhajanpura accident. Am pained by tragic death of 4 students and owner of the coaching institute. One illegal floor was being constructed which collapsed. Inquiry is being ordered. Guilty shall not be spared. Sending proposal for compensation to EC for approval," the chief minister tweeted.

Arif Sultan, the father of one of the deceased, identified as Farhan Sultan (6), said, "My son was studying on the second floor along with 10 to 15 other students. My daughter, who was in eighth standard called me and informed about the incident. I rushed to the spot and climbed the stairs. I took out my child by myself after around one-and-a-half hour. He was not breathing. We took him to the hospital where he was declared brought dead."

"The area has very narrow lanes. It is not possible for the fire brigade to come inside," he said.

Laxmi, the mother of deceased Krishna and injured Nitin, said, "My children were studying there from past six months. They should not have moved them to the third floor as we heard from the other locals that the construction material was there. I lost my son Krishna and Nitin is injured. He is admitted at the GTB hospital."

Sushil Sharma, who was among the first to reach the spot after the incident, said the locals entered the building through the roof of an adjoining building and started removing the students trapped under the debris.

He said his twin nieces studying in the same institute, both in class 10, preferred to study at home on Saturday. 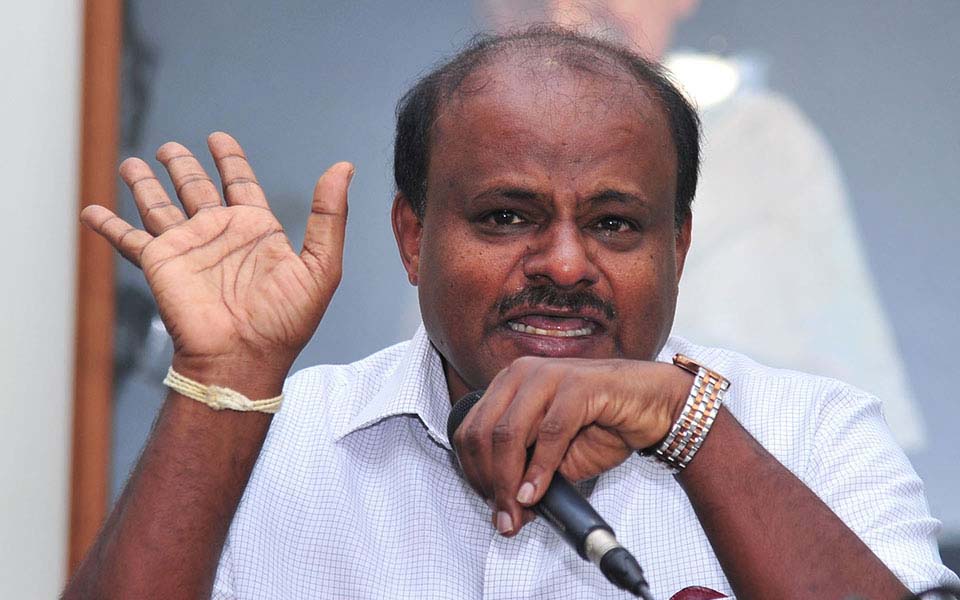 RSS and Nazi are both same, no difference between the two: HD Kumaraswamy

Bengaluru: Former Karnataka Chief Minister H D Kumaraswamy on Saturday alleged right wing organisations were behind an unsigned threat letter naming him among others and said he can't be cowed down by such threats. 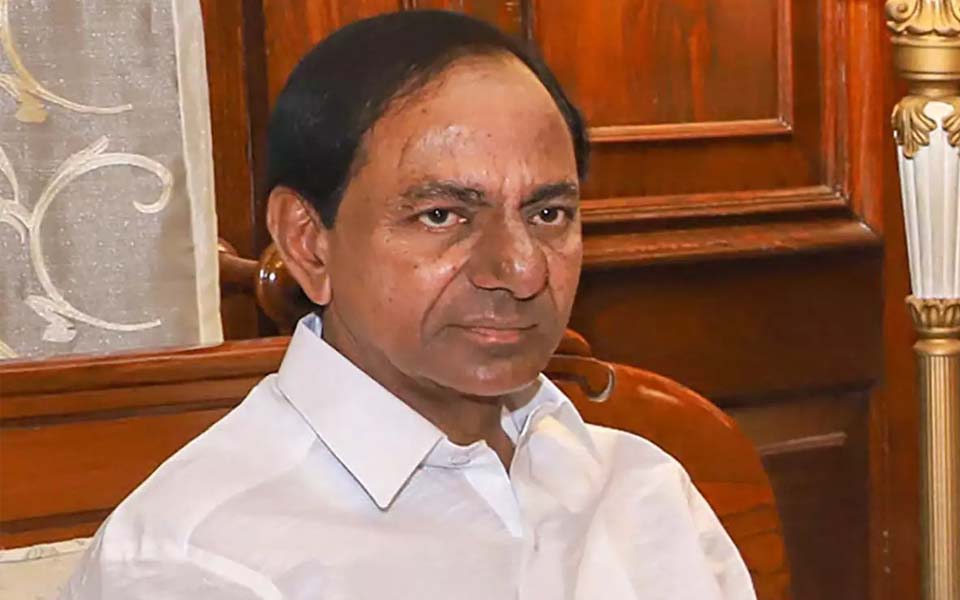 Hyderabad: Telangana Chief Minister K Chandrasekhar Rao on Saturday said the state assembly may pass a resolution against the Citizenship Amendment Act like some other states did recently.