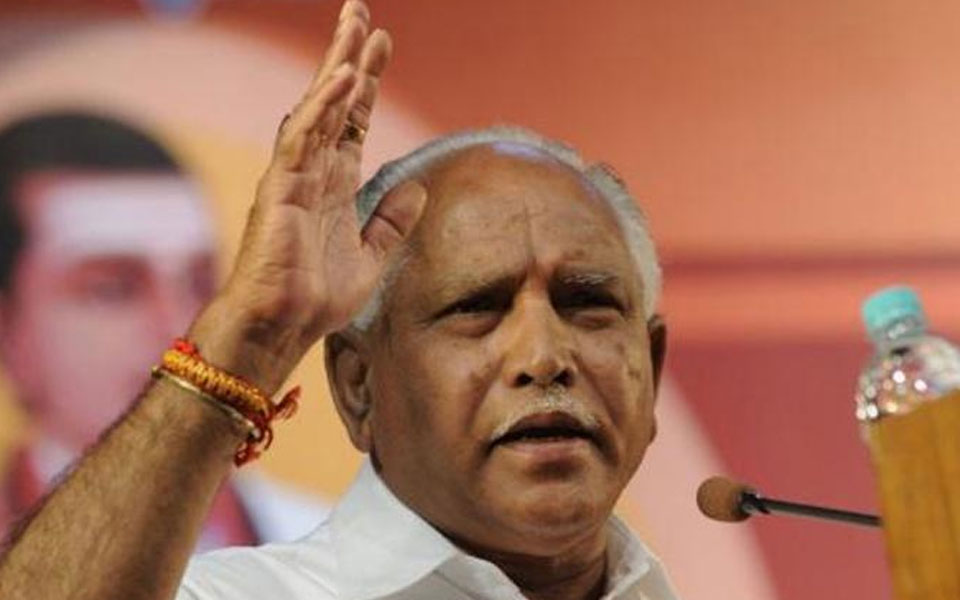 Bengaluru, Sep 22: Attacking Karnataka Chief Minister B S Yediyurappa over delay in getting flood relief from the Centre, JDS supremo H D Deve Gowda on Sunday alleged the former was more bothered about retaining his position than the people of the state.

Chair is important (for Yediyurappa), not the people.

When chair becomes important for a politician, he never thinks about people, the former prime minister told reporters here.

He said there was "an agonising situation" prevailing in the state with people affected by the floods last month were in 'tears.' "He (Yediyurappa) has only one concern how to save his position, Gowda charged.

The JDS leader was replying to a question on the delay in Central aid for flood relief.

Opposition Congress and JDS have been targeting the BJP government in the state for not securing central aid to take up relief and rehabilitation works in flood hit districts.

Gowda's son and former chief minister H D Kumaraswamy too hit out at Yediyurappa over the latter's statement that he met Union Home Minister Amit Shah to seek Central aid for 22 districts hit by flood and did not discuss about disqualified MLAs.

It is a political drama when the chief minister says he has gone to seek funds for the flood affected people," he said.

In a series of tweets, Kumaraswamy alleged Yedyiyurappa has gone to Delhi to protect the interest of "disqualified victims of anti-democratic Operation Lotus, which was hatched using Amit Shahs clout."

By Operation Lotus, Kumaraswamy was referring to the resignation by Congress and JDS MLAs from the assembly, which toppled his government in July.

Rejecting their resignations, then assembly Speaker Ramesh Kumar had disqualified 17 MLAs for their anti-party activities till 2023.

The election commission has announced byelections to 15 out of 17 assembly segments on October 21.

The disqualified MLAs have approached the Supreme Court challenging the Speaker's order and their case is coming up for hearing on Monday when they will seek a stay on the bypoll notification.

Bengaluru: Karnataka Chief Minister BS Yediyurappa on Wednesday asserted that Temples, Mosques and Churches may see re-opening of operations from June 1, and that the State was awaiting guidelines from the Centre.

Speaking to reporters at the Vidhan Soudha campus after paying tributes to India’s first Prime Minister Jawaharlal Nehru on his death anniversary, Yediyurappa clarified that if temples will be allowed to open from June 1, the same would also apply to Mosques and Churches across the state.

He further added that he had written to the Central government seeking resumption of several activities and operations including the opening of mosques and churches and added that they were still awaiting the approval from the Centre.

He added that people from outside the state were coming to Karnataka after the lockdown was eased and said that their housing was an issue of concern. He noted that the same was brought to the notice of the Centre, in the letter he wrote on Tuesday.

Commenting on the opening of shopping malls, Yediyurappa added that it requires consent from the Centre and once the Centre clears and approves it, malls across the state will be allowed to open.

Maharashtra: Muslims in Ichalkaranji town of Maharashtra, earned heaps of praises from Maharashtra CM Uddhav Thackrey as they celebrated Eid festival by donating a 10-bedded ICU to the local government hospital with the help of money collected through Zakat, the traditional Muslim charity tax. The move as reported, is aimed at contributing to the state’s efforts to counter the COVID-19 pandemic.

Gundlupete: Family fights end with murder of three, critical injuries to four others

Gundulapete: In a horrific incident fight between members of two families over personal issues, ended in murder of three persons on Tuesday night here Gundulapete of Chamraj Nagar District.

CID to probe abetment of suicide case against Arnab Goswami

The Maharashtra government on Tuesday ordered reinvestigation by the CID into the suicide of a 53-year-old interior designer and his mother, allegedly over non-payment of dues by TV journalist Arnab Goswami and two others.