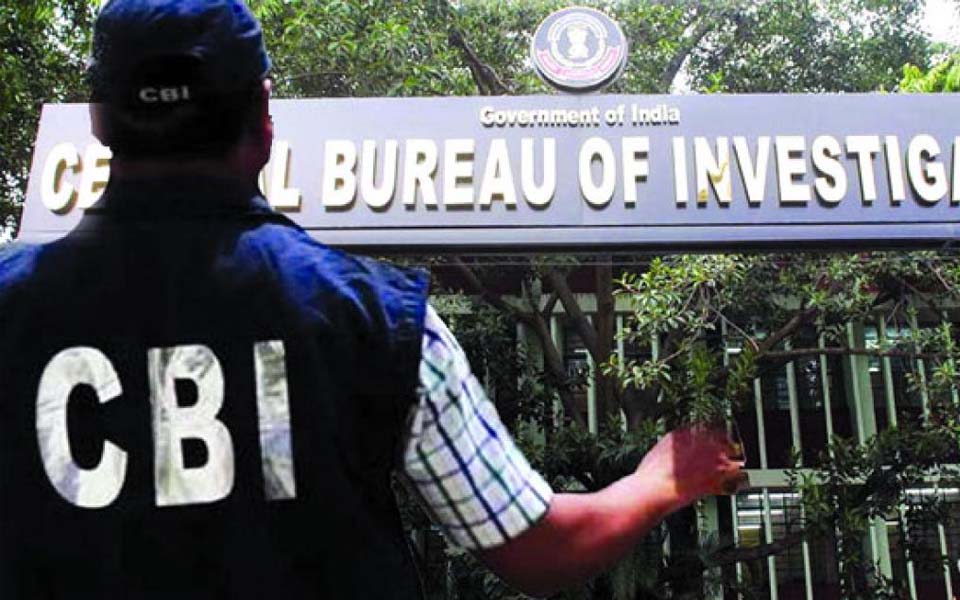 Bengaluru, Aug 19: The Karnataka government on Monday issued an order entrusting the alleged phone tapping scandal during the previous Congress-JDS coalition government to the Central Bureau of Investigation.

This comes a day after Chief Minister B S Yediyurappa said he would order a CBI probe into the allegations citing demands by several Congress leaders, days after the charges of phone tapping during the previous Congress-JDS coalition government headed by H D Kumaraswamy surfaced.

According to the order, the government has accorded sanction to the CBI, under Sections of Delhi Special Police Establishment Act 1946 for, inquiry and investigation into all illegal/unauthorised/unwanted interceptions of telephones of political leaders belonging to the ruling party and opposition as well as their associates, relatives and also of government servants from August 1,2018 till date of this order.

It seeks investigation under relevant sections of the Indian Technology Act, 2000 and Indian Telegraph Act,1885;

Also, identification and investigation of persons involved in connection with alleged illegal/unauthorised/unwanted telephone interception of several ruling and opposition political leaders, their relatives and other government officials, it said.

Yediyurappa's announcement on Sunday came amid signs that the scandal was gaining political steam ever since disqualified JD(S) MLA A H Vishwanath, who served as the JD(S) state president and turned rebel later, last week dropped the political bomb, accusing the Kumarswamy government of tapping phones and spying on more than 300 peope, including him.

Congress leaders, including Siddaramaiah, M Mallikarjuna Kharge and home minister in the alliance government M B Patil, had sought a probe while another key party leader and former minister D K Shivakumar rejected the snooping charges and appeared to side with Kumaraswamy.

According to reports, phones of those close to Siddaramaiah, who was the then coalition coordination committee chief, too had come under the watch.

Several BJP leaders, including former chief minister Jagadish Shettar, have directly accused Kumaraswamy of being behind the episode to save his government which was then rocked by dissidence within.

The coalition government ultimately collapsed last month with Kumaraswamy losing the trust vote in the assembly, following which BJP under the leadership of Yediyurappa came to power on July 26.

Kumaraswamy has said he was not afraid of any probe and was ready for any investigation, by even an "international agency."

The snooping controversy surfaced as Bengaluru police commissioner Bhaskar Rao earlier this month ordered an inquiry into the phone tapping incident against the backdrop of a recently leaked telephone conversation purportedly between him and someone in Delhi lobbying on his behalf with some politicians for the post he is occupying now.

New Delhi: The Delhi High Court Thursday allowed impleadment of the Centre in the PIL seeking lodging of FIRs and arrests in northeast Delhi where violence has erupted over the amended citizenship law.

A bench of Chief Justice D N Patel and Justice C Hari Shankar granted four weeks to the Centre and the police to file their replies to the PIL seeking lodging of FIRs against three BJP leaders for allegedly making hate speeches.

Solicitor General Tushar Mehta told the bench that as the Centre is responsible for maintaining law and order in Delhi, it be made a party in the matter, which was allowed by the court.

He informed the bench that 48 FIRs have been lodged in relation to the violence and said there be no judicial intervention till normalcy is restored in the national capital.

The high court had on Wednesday expressed "anguish" over the Delhi Police's failure to register FIRs against three BJP leaders over their alleged hate speeches in connection with the Citizenship (Amendment Act-related violence and observed that the city had seen enough violence and it should not witness another 1984 anti-Sikh riots-like incident.

The bench had also questioned that when the police could register FIRs in connection with incidents of violence, including arson, looting, stone pelting, why did it not show alacrity when it came to the alleged hate speeches by the three BJP leaders -- Anurag Thakur, Parvesh Verma and Kapil Mishra.

Explosive Australian batsman David Warner was on Thursday reinstated as IPL franchise Sunrisers Hyderabad's captain, a position that he had to give up after the ball-tampering scandal in 2018.

Mangaluru: DK Qazi files police complaint, says attempts were made to kill him; probe on

Miscreants reportedly attempted to eliminate Dakshina Kannada District Qazi, Thwaka Ahmed Musliyaar. The Qazi of the District has complained the matter to the City Police Commissioner and has urged the department to look into the issue and initiate action against the accused.

Prime accused in Kerala's sensational serial murder case-Jolly Joseph- allegedly attempted suicide in a district jail here where she had been lodged, police said on Thursday.