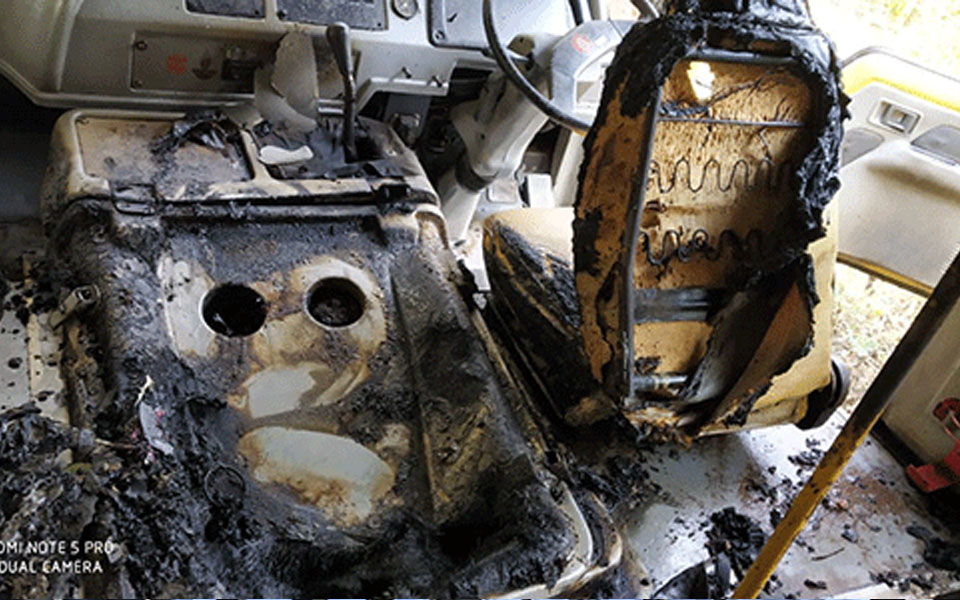 Chikamagalur: In a shocking incident a private school bus carrying students and teachers to the school caught fire in Muddinakoppa village of Mudigere Taluk here.

The incident took place when the school bus belonging to Sadguru Vidya Samithi School of Basarikatte village near Kalasa, plying students and teachers caught fire due to a technical snub. The school had sent the bus to pick the students and teachers of the school from Haluwalli, Thalagodu, Baalehole, Thotadhoor and other villages as the private bus was not accessible on Monday.

The fire initially broke out near the driver seat after which the driver jumped down the bus. The fire then moved towards the children and teachers seated on the bus, but the teachers managed to get the students and themselves out of the bus on right time and averted a major tragedy.