In 1950, no one minded Hindu gods on pages of Constitution: Union Minister Ravi Shankar Prasad 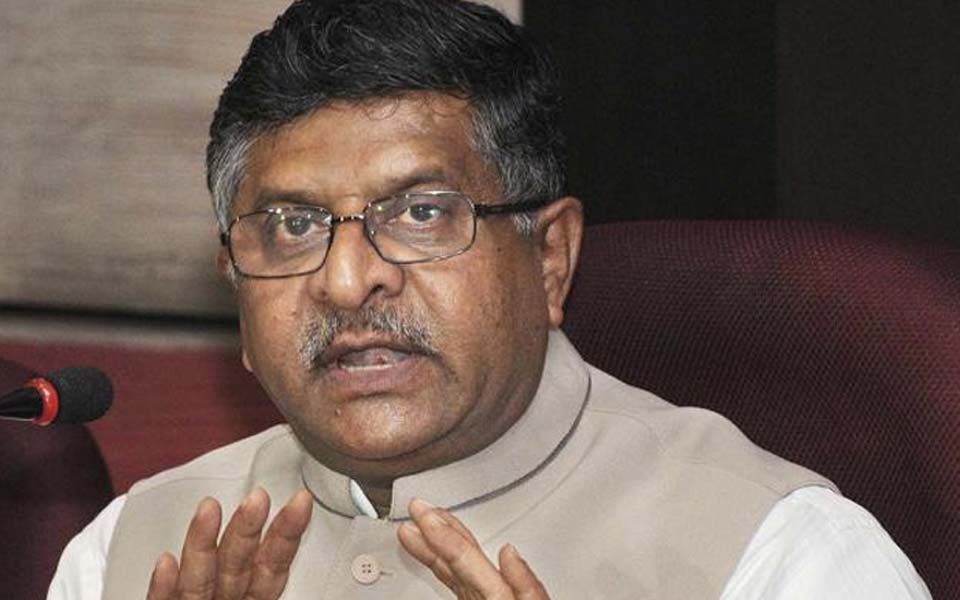 Ahmedabad, Sep 11: Union Minister Ravi Shankar Prasad said here on Wednesday that if a BJP government had illustrated the Constitution with Hindu iconography, there would have been a hue and cry, but it was not found amiss in 1950.

Displaying an original copy of the Constitution, gifted to him in 2000 by then parliamentary affairs minister Pramod Mahajan, Prasad also said the framers of the Constitution did not expressly term the country as secular as they knew the soul of India is secular.

Renowned painter Nand Lal Bose illustrated the pages of the Constitution with images of Hindu gods and goddesses besides those of Buddha, Mahavir and historical figures, as it was decided that it should reflect our cultural heritage, the Union Law Minister said.

He was addressing a "national unity mission" event organised by the city unit of the BJP.

"Suppose we were to frame the Constitution today and we were to put these images on its pages, a hue and cry would have erupted that India is becoming a Hindu nation, secularism is being done away with," he said.

"The framers of our Constitution did not call our country secular, because they knew the soul of our country is secular. Like the Rig Veda says, `Truth is one, scholars define it differently'," he said.

"You respect my path of truth, I respect your path, because all the paths lead to one `Satchidanand'. This is India's imagination," the BJP leader added.

Speaking about abrogation of Article 370 which gave a special status to Jammu and Kashmir, Prasad recalled the role played by Sardar Vallabhbhai Patel, the first home minister, in ensuring merger of princely states.

The state of Hyderabad would have turned into a "Palestine" had Patel not united it with India, he said.

"Had Patel not been there, Somnath temple would have faced the same trouble like Ayodhya, and had he lived long, even the Ayodhya temple issue would have been resolved," he said.

The temple at Somnath, destroyed by Muslim invaders centuries ago, was rebuilt after Independence.

Injustice was done to Patel as he was honoured with Bharat Ratna 41 years after his death, he said.

"Between 2009 and 2019, Rs 2.70 lakh crore were given to Kashmir. The result was separatism and stone-pelting. If so many people were being killed, money was being misused, shouldn't it have been stopped? Article 370, which was temporary, was (therefore) removed," he said.