Prime Minister Narendra Modi’s teleprompter gaffe at the World Economic Forum where Modi seemingly struggled to deliver his speech after the teleprompter stopped working is being trolled on social media. These trolls contend that the Prime Minister cannot make a speech without looking at the teleprompter, which according to them is a weakness, and are using this incident to attack Modi. When the repeated blunders that Modi has made so far are before us, how right is it to project the teleprompter gaffe as a major problem and thereby the country’s failure? Adopting the Sangh Parivar’s strategy of repeating a lie till it becomes the truth would be akin to looking away from the real issues. Public discourse should be about presenting the real issues that the country is facing, not mocking at the Prime Minister’s colour, language, or his eloquence or lack of it. 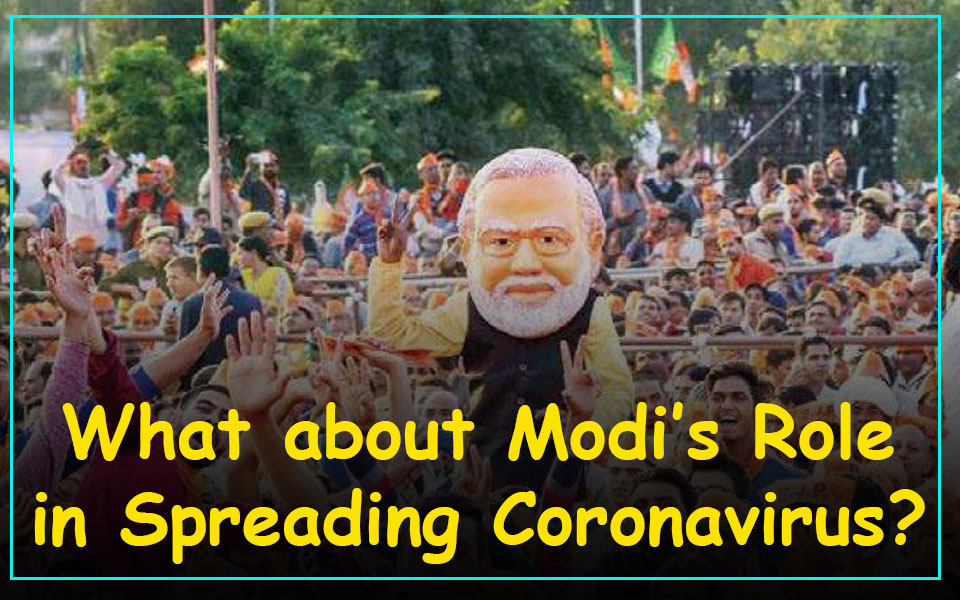 What about Modi’s Role in Spreading Coronavirus?

'Grama One' launched in 12 districts of Karnataka

BJP opposes 'naming' of Mumbai garden after Tipu Sultan; minister says name is around for long

Yes, Hindu Religion is in danger!

During this Christmas season, several Churches have been attacked. Miscreants had the audacity to vandalize schools for celebrating Christmas. On the pretext of religious conversions, the attack on Christians has become a daily affair. The Anti-Conversion Law has been proposed in the state only to harass the Christian minority community. Whenever elections are round the corner, politicians become anxious about Hindu Dharma. 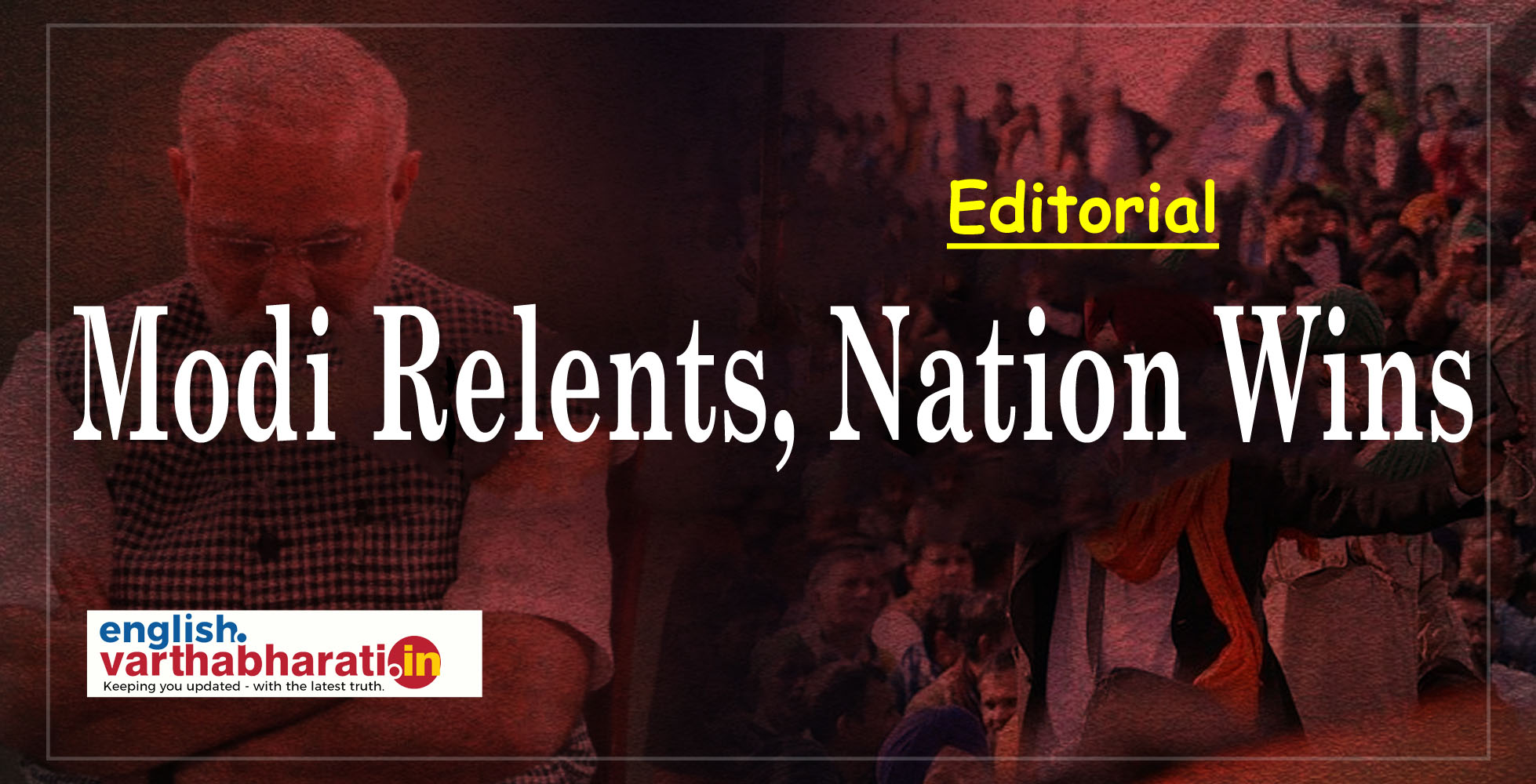 The sacrifice of more than 700 farmers has finally borne fruit. The Neo-British Corporation has succumbed to the farmers’ agitation that reminded the nation of the freedom struggle. Prime Minister Narendra Modi who not only announced that the three agricultural laws would be withdrawn has also apologized to the country for his failure to assess the farmers’ interests correctly. Even though it appears that the decision was taken with an eye on the elections, the victory of the farmers can be seen beyond this.

Wherever the police system is weak, crooks rule. All communal riots in the country have taken place due to the inaction of the police. Be it in Gujarat, Mumbai, or the riots that took place in Delhi recently, reports point to the police department’s failure and inaction. It has been alleged that while in some cases it was sheer police inaction during the riots, elsewhere it was the police who were directly involved in the riots. If the police take stringent action and perform their duties with utmost sincerity, no one will dare to riot.

When a religious leader uses a religious event or platform to spew venom of hatred against another religion, it is definite that he is causing more damage to his own religion than the one he is targeting. The onus of first protesting against such acts also lies on his own people to stand up against their religious leaders for spreading hate and communalism.

On the joyous occasion of Vartha Bharati stepping into its 19th year...

Today, your Vartha Bharati is entering the 19th year of its journey, of which, every step was unforgettable. Our heartfelt congratulations to every member of our 200-strong team who made this feat possible, by facing the most adverse and testing situations, sometimes nervously and most often with great courage.

Why can't Dronacharya Award be named after Ekalavya?

Can anyone rename the child of another person and claim it as one's own? But the BJP's habit of trying to claim  the child of  others  as its own without having to undergo the pangs of labour pain, is reaching new heights.  This is a trade without any investment. It is a fact that framing new  schemes, implementing them and  naming them after  some leader, takes a lot of time, effort as well as investment. 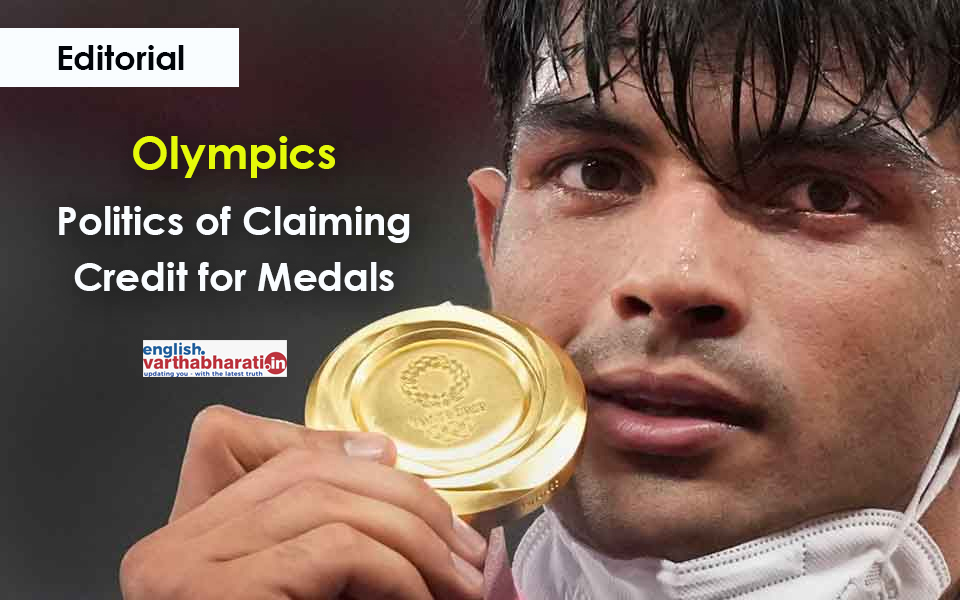 An Indian athlete’s javelin throw has won a gold medal in the Tokyo Olympics. Neeraj Chopra, the proud son of a farmer, created history with this gold medal, the first in Tokyo Olympics and the second for India in the history of Olympics itself. This momentous win that needs to be celebrated is a joyous as well as a sad occasion.

Challenges Before the New Chief Minister

By selecting Basavaraj Bommai as the new Karnataka Chief Minister, the BJP Central leaders have taken a smart decision. The Sangh Parivar-backed group within the BJP which planned to snatch power from the Lingayats in the State has beaten a retreat at least for the time being.