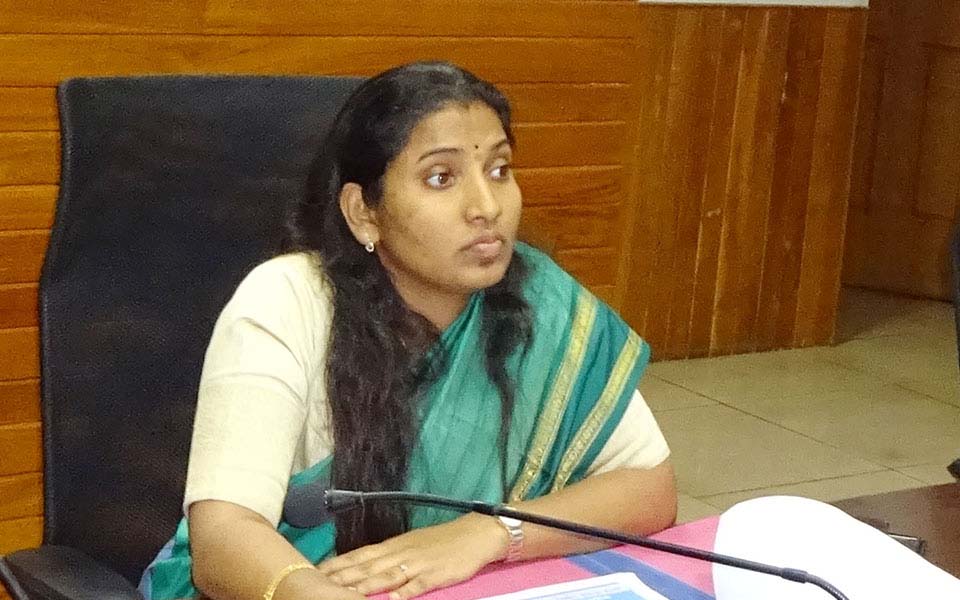 Udupi: District Deputy Commissioner Hepsiba Rani Korlapati on Monday received her transfer order, which also stated that J Jagadeesha will now take charge as the DC of the District.

Jagadeesha who will take charge as the DC was serving as the CEO of Zilla Panchayat in Kolar District.

Hepsiba on the other hand has not received any notification about her new posting as yet.

Hepsiba took charge as Udupi DC from Priyanka Mary Francis in February this year ahead of Lok Sabha Elections. Mangaluru: DK Qazi files police complaint, says attempts were made to kill him; probe on

Mangaluru: Miscreants reportedly attempted to eliminate Dakshina Kannada District Qazi, Thwaka Ahmed Musliyaar. The Qazi of the District has complained the matter to the City Police Commissioner and has urged the department to look into the issue and initiate action against the accused.

According to the Qazi, his participation in the protests regarding the mysterious death of CM Abdullah Moulavi had not gone down well with many and he had been receiving death threats from foreign countries. In his complaint, the Qazi alleged that attempts were made to manipulate his car’s functioning to eliminate him.

Qazi in his complaint has also asserted that he suspect a group of miscreants is following him with an intention to attack and kill him.

Police Commissioner accepted the complaint and the department has initiated investigations into the matter.

Prime accused in Kerala's sensational serial murder case-Jolly Joseph- allegedly attempted suicide in a district jail here where she had been lodged, police said on Thursday.

Iran reports 22 dead from among 141 cases of new coronavirus

Iran's state-run IRNA news agency on Thursday reported that there are 22 people dead amid 141 confirmed cases of the new coronavirus in the Islamic Republic.