Ford pulls the plug on vehicle production in India; 4,000 employees to be affected 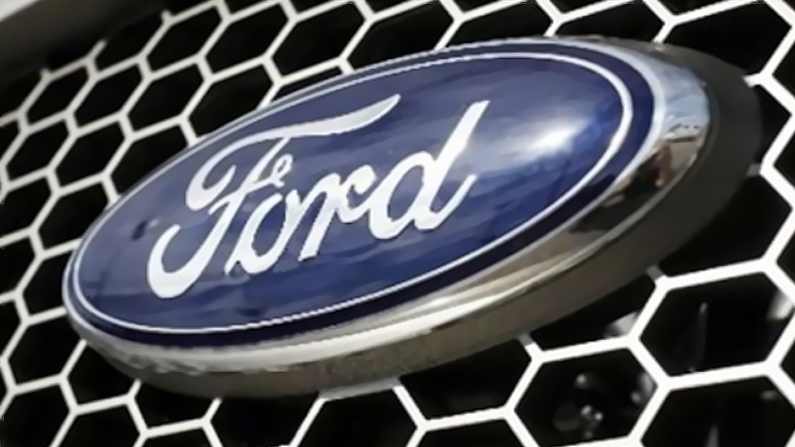 New Delhi, Sep 9: After nearly three decades of struggling to make a mark in India, US auto major Ford Motor Co on Thursday said it will stop vehicle production at its two plants in the country and will sell only imported vehicles going ahead as part of a restructuring exercise.

The company, which invested about USD 2.5 billion at its Chennai (Tamil Nadu) and Sanand (Gujarat) plants, has accumulated operating losses of around USD 2 billion in India in the last ten years. Its decision will impact over 4,000 employees and 150 dealer principals who operate over 300 outlets.

It will, however, continue to manufacture engines from its Sanand plant which will be exported to the company's global operations.

With shutting down of the vehicle manufacturing operations, the automaker will stop selling vehicles such as the EcoSport, Figo, Endeavour, Freestyle and Aspire, which are produced from these plants.

In an announcement, Ford said it will wind down vehicle assembly in Sanand by the fourth quarter of 2021 and vehicle and engine manufacturing in Chennai by the second quarter of 2022.

"As part of our Ford+ plan, we are taking difficult but necessary actions to deliver a sustainably profitable business longer-term and allocate our capital to grow and create value in the right areas, Ford Motor Company's president and CEO Jim Farley said in a statement.

Despite investing significantly in India, Ford has accumulated more than USD 2 billion of operating losses over the past ten years and demand for new vehicles has been much weaker than forecast, he noted.

"I want to be clear that Ford will continue taking care of our valued customers in India, working closely with Ford India's dealers, all of whom have supported the company for a long time. India remains strategically important for us and, thanks to our growing Ford Business Solutions team, will continue to be a large and important employee base for Ford globally," Farley stated.

The automaker said that it will focus on growing its Ford Business Solutions capabilities and team in the country, as well as engineering and engine manufacturing for export.

With more than 11,000 team members currently in India, Ford Business Solutions plans to expand to provide more opportunities for software developers, data scientists, R&D engineers, and finance and accounting professionals, in support of the Ford+ plan to transform and modernise Ford globally, it added.

More than 500 employees at the Sanand Engine plant, which produces engines for export for the best-selling Ranger pickup truck, and about 100 employees supporting parts distribution and customer service, also will continue to support Ford's business in India, the company said.

Addressing a virtual press conference, Ford India President and Managing Director Anurag Mehrotra said that for the company to continue investing in vehicle manufacturing in India, it needed to show a path forward to a reasonable return of investment.

"Unfortunately, we are not able to do that and now we are left with no other option, but to restructure the business in India," he noted.

Mehrotra said the company tried several options to bring about a viable business plan, including introduction of new products, emerging market operating model to bring down costs, potential collaborations with OEMs such as Mahindra and even contract manufacturing.

The company took restructuring action after all its efforts for viable business operations failed.

The decision was reinforced by years of accumulated losses, persistent industry overcapacity and lack of expected growth in India's car market, he added.

The Indian car market was expected to touch 7 million units per annum by 2020 and 9 million units by 2025, but that has not happened, Mehrotra stated.

"It is just around 3 million units. Our plants are operating at just 21 per cent of the installed capacity. In order to be viable we focussed on exports but with tightening of norms in the US and Europe, volumes have dropped," he added.

When asked about the severance package it would offer to the employees who would end up losing their jobs, Mehrotra said that "an equitable and fair package would be offered" to the affected employees.

The company would also start talks with prospective buyers for its plants, he added.

Ford plans to import models like Mustang coupe and other electrified models such as the electric SUV Mach-E in the future while sales of current products such as Figo, Aspire, Freestyle, EcoSport and Endeavour will cease once existing dealer inventories are sold.

The company said it will maintain parts depots in Delhi, Chennai, Mumbai, Sanand and Kolkata and will work closely with its dealer network to restructure and help facilitate their transition from sales and service to parts and service support.

It will continue full customer support operations for these vehicles with service, aftermarket parts and warranty coverage, the company added.

Ford Motor Co said as a result of its decision to restructure the Indian business, it currently expects to record "pre-tax special item charges of about USD 2 billion, including about USD 0.6 billion in 2021, about USD 1.2 billion in 2022 and the balance in subsequent years".

Within that total, the company said it "will be about USD 0.3 billion of non-cash charges, including accelerated depreciation and amortization. The remaining cash charges of about USD 1.7 billion will be paid primarily in 2022 and are attributable to settlements and other payments".

Ford has been struggling for years to make a mark in India's automotive market. Ford India has an installed manufacturing capacity of 6,10,000 engines and 4,40,000 vehicles a year.

It also exported its models such as Figo, Aspire, and EcoSport to over 70 markets around the world.

In January this year, Ford Motor Co and Mahindra & Mahindra had decided to scrap their previously announced automotive joint venture and chose to continue independent operations in India.

Ford is the second American auto major after General Motors to shut down plants in India.

In 2017 General Motors announced that it would stop selling vehicles in India as there was no turnaround in its fortunes here even after struggling for over two decades to make a mark.

The company's Halol plant in Gujarat was taken over by MG Motors, while it continued to run its Talegaon plant in Maharashtra for exports but ceased production there last December.