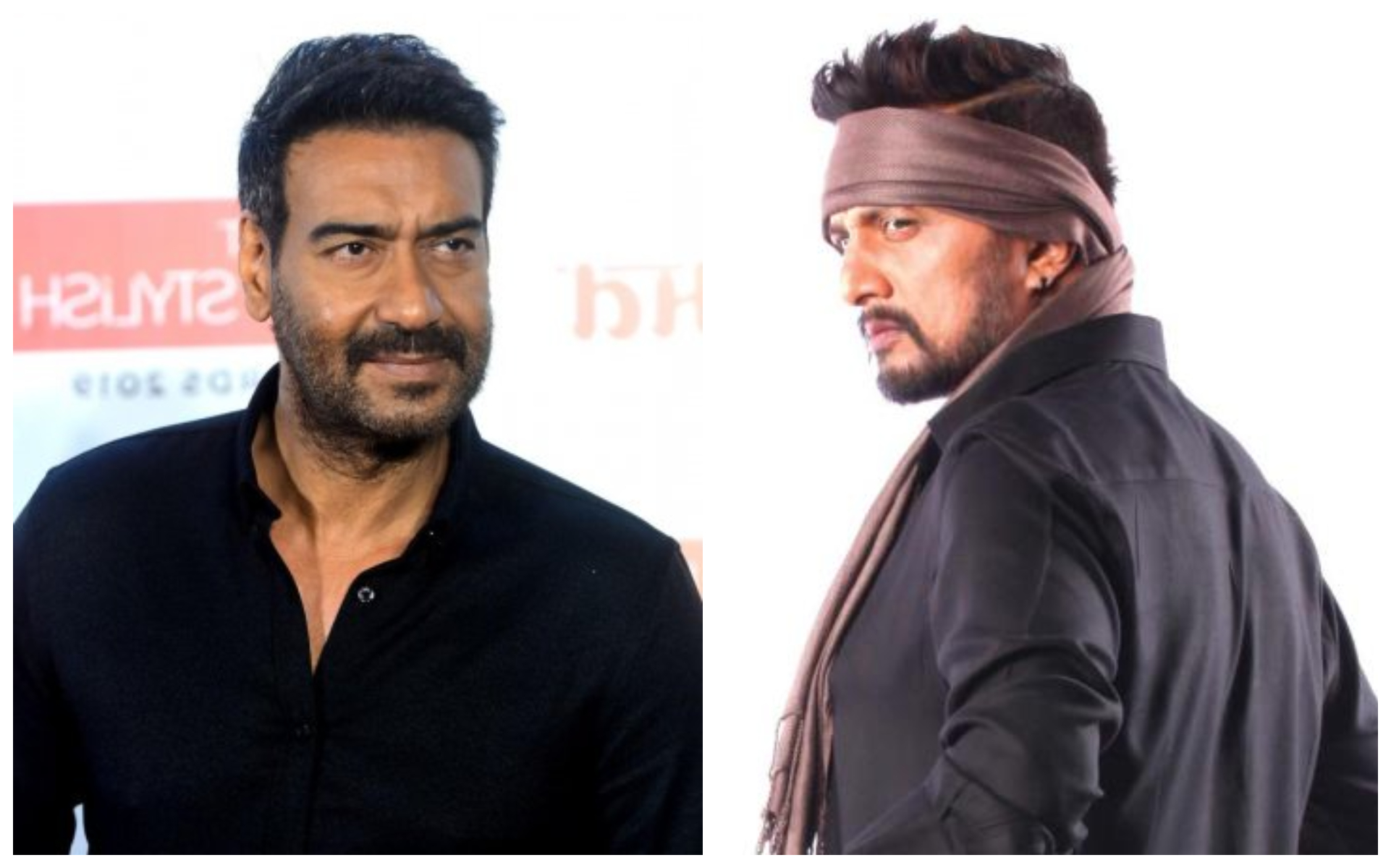 Bengaluru, Apr 27: Bollywood actor Ajay Devgn and multilingual film actor Kichcha Sudeep engaged in a 'brotherly argument' on Twitter on the topic of whether Hindi is a national language or not.

However, Sudeep clarified that the context in which he made the statement was different from the way it was perceived and that it was not intended to provoke, hurt or start a debate.

The trigger for the argument was Sudeep's statement three days ago during a function in Bengaluru, Kannada film industry celebrated the nationwide success of 'KGF-2' starring Yash.

When the compere of the event said 'KGF-2' had a pan-India effect, Sudeep said Hindi is no more a national language.

"You (compere) said the Kannada film (KGF-2) had pan-India effect. Let there be a correction -- Hindi is no more a national language. Hindi (film industry) should say that they are doing pan-India films today. They are struggling and dubbing their movies in Tamil and Telugu, yet it is not happening (business)," Sudeep had said.

Sudeep added that a pan-India movie was not the concept because people are just making films which reached everywhere due to dubbing.

He explained that way back in the 1970s, China started dubbing Chinese films into English and it was accepted whereas in India the process started quite late.

"Language is just a barrier. Today, it is broken. It's no more pan India. (The term) 'Pan India' is coming Mumbai," Sudeep said.

This statement did not go down well with Ajay Devgn.

Sudeep replied, Hello @ajaydevgn sir.. the context to why I said that line is entirely different to the way I guess it has reached you. Probably will emphasis on why the statement was made when I see you in person. It wasn't to hurt, provoke or to start any debate. Why would I sir?

The Kannada actor reminded Devgn that he did understand the text that was sent on Twitter in Hindi.

"That's only coz we all have respected, loved and learnt Hindi. No offense sir but was wondering what'd the situation be if my response was typed in Kannada.!! Don't we too belong to India sir?" Sudeep said.

Sudeep further said: "I love and respect every language of our country sir. I would want this topic to rest, as I said the line in a totally different context. Mch luv and wshs to you always. Hoping to seeing you soon (sic)."

To this, Devgn replied, "Hi @KicchaSudeep, You are a friend. thanks for clearing up the misunderstanding. I've always thought of the film industry as one. We respect all languages and we expect everyone to respect our language as well. Perhaps, something was lost in translation".

I love and respect every language of our country sir. I would want this topic to rest,,, as I said the line in a totally different context.
Mch luv and wshs to you always.
Hoping to seeing you soon.
🥳🥂🤜🏻🤛🏻

And sir @ajaydevgn ,,
I did understand the txt you sent in hindi. Tats only coz we all have respected,loved and learnt hindi.
No offense sir,,,but was wondering what'd the situation be if my response was typed in kannada.!!
Don't we too belong to India sir.
🥂

Translation & interpretations are perspectives sir. Tats the reason not reacting wothout knowing the complete matter,,,matters.:)
I don't blame you @ajaydevgn sir. Perhaps it would have been a happy moment if i had received a tweet from u for a creative reason.
Luv&Regards❤️ https://t.co/lRWfTYfFQi