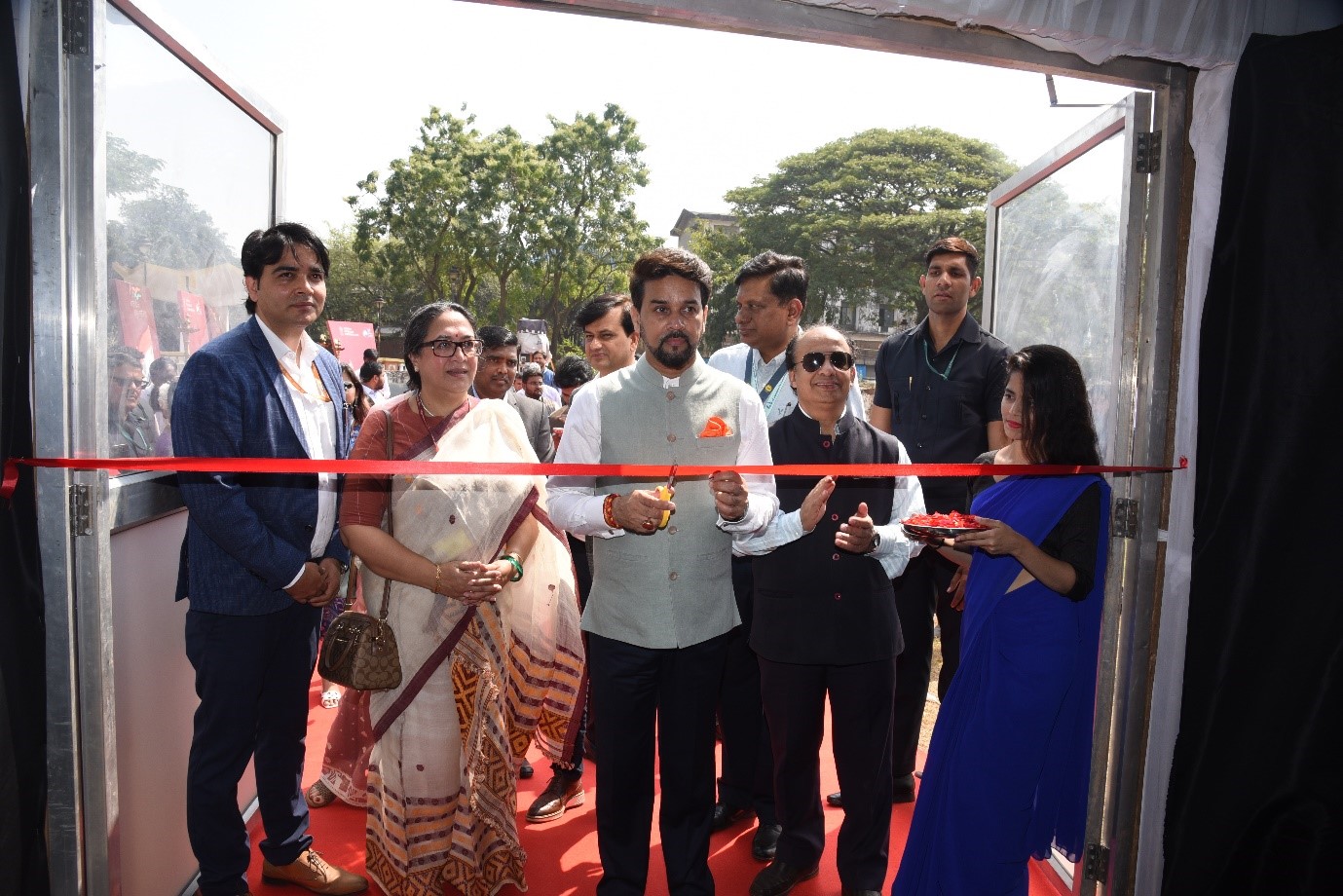 While the Technology Exhibition is the new initiative of the International Film Festival of India (IFFI) this year, another Exhibition "Freedom Movement and Cinema" put up by the Central Bureau of Communication is attracting people with its unique immersive experience.

The multi-media digital exhibition at the Campal Football Ground was inaugurated today by the Union Minister for Information & Broadcasting Shri Anurag Singh Thakur. The Minister said the Exhibition tells the complete story of India's Freedom struggle using many technological innovations. It is an inspiration for everyone who visits and particularly for the students, who can gain so much of information about our inspiring leaders". 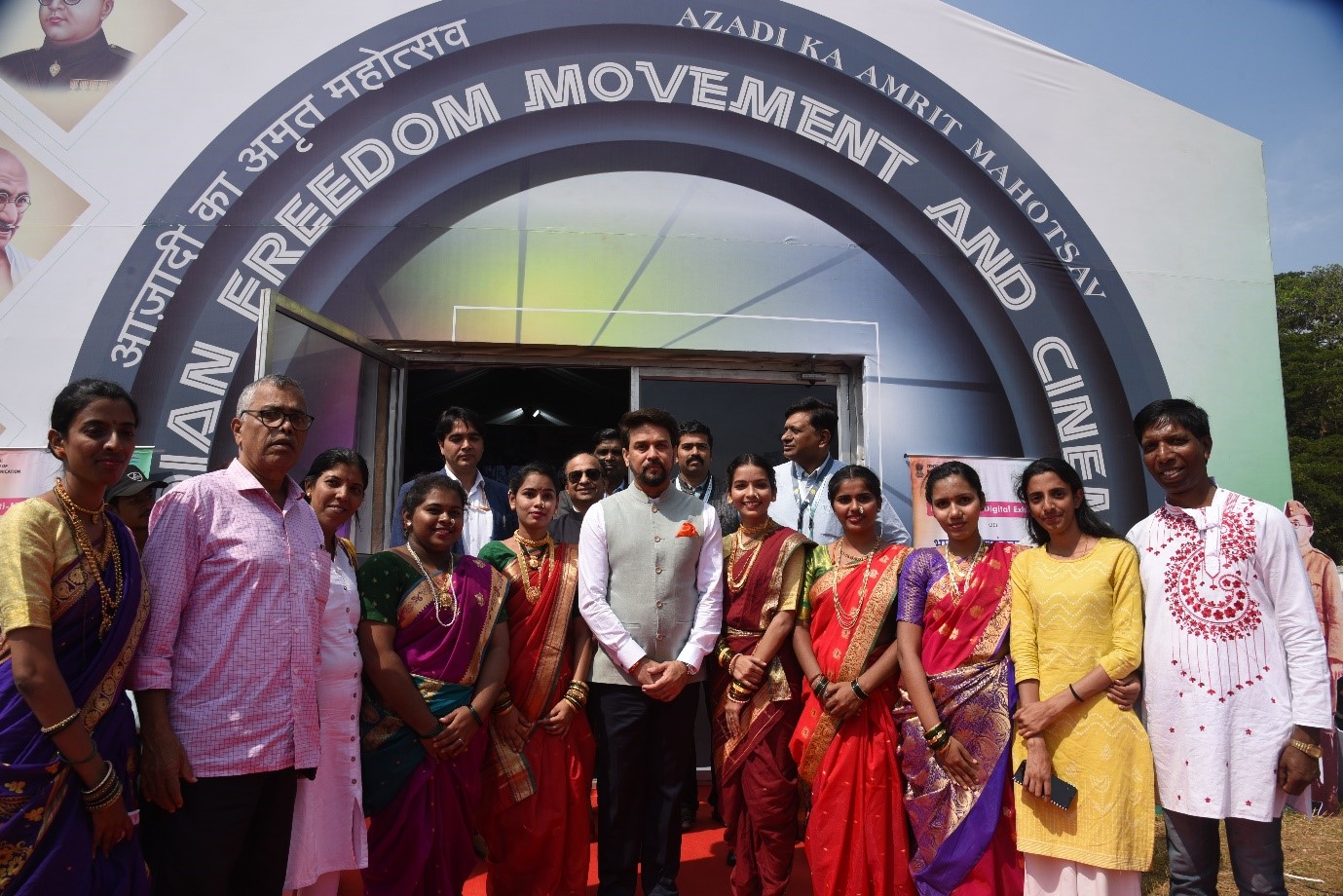 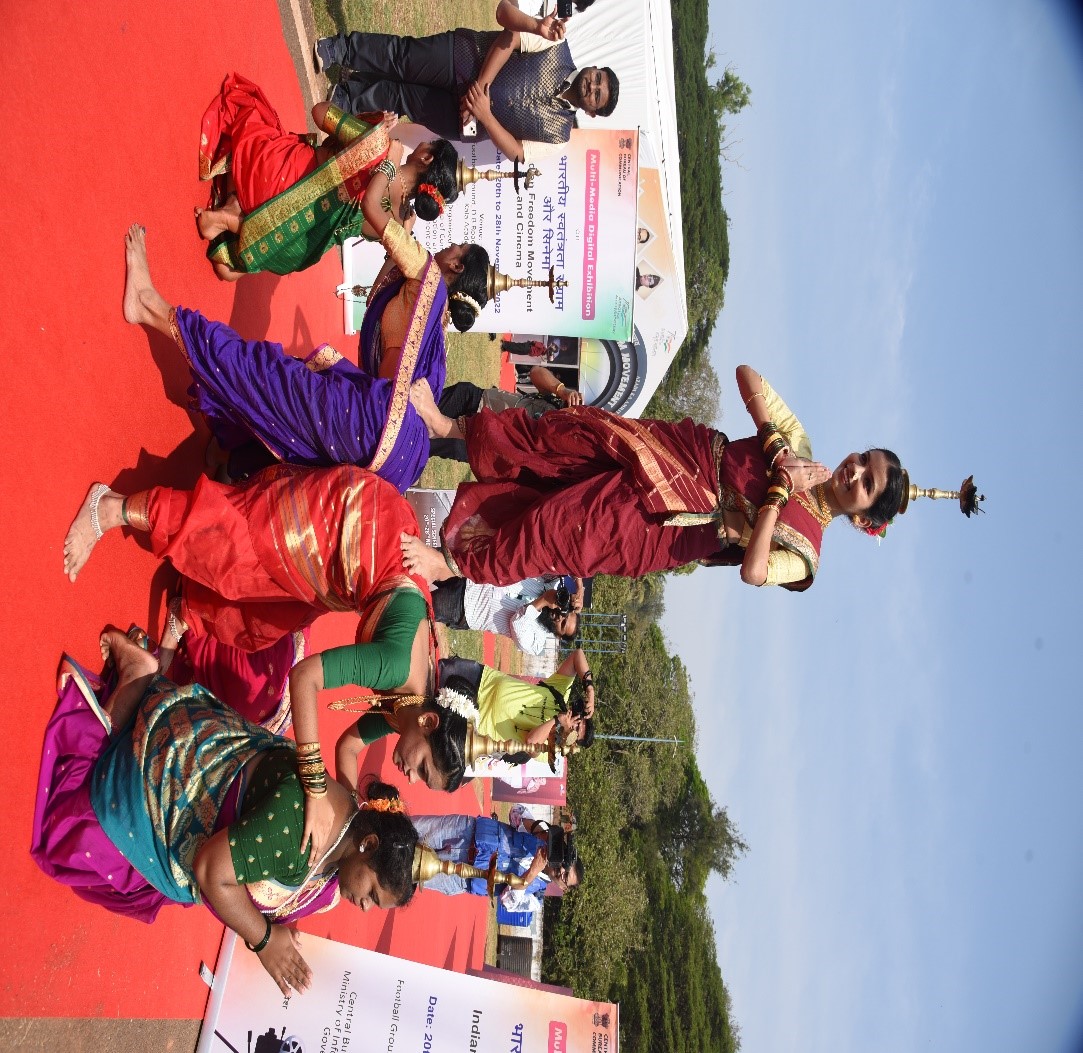 The Exhibition conceived by CBC team under the overarching theme of ‘Azadi Ka Amrit Mahotsav’ sports a facade in the form of camera- lens. As one enters the Exhibition hall, a large 12 x 10 feet LED screen displays clips of the popular Doordarshan series 'Swaraj' which profiles life and contributions of various freedom fighters against colonial rule.

Moving forward, rare footages related to the Freedom Movement covering 1857 War of Independence, Raja Ram Mohan Roy, Netaji Subhash Chandra Bose, Kalapaani, Bhagat Singh and Chandrashekhar Azad are displayed. Most of these footages have been sourced from the rich archive of the Films Division.

A Digital Flip-book displays Chronological journey of Indian Freedom Struggle in the form of posters curated by CBC. Songs which became the voice of freedom struggle can be listened to, even as the adjacent Sound Shower lets you listen to the speeches of the Indian Independence leaders. 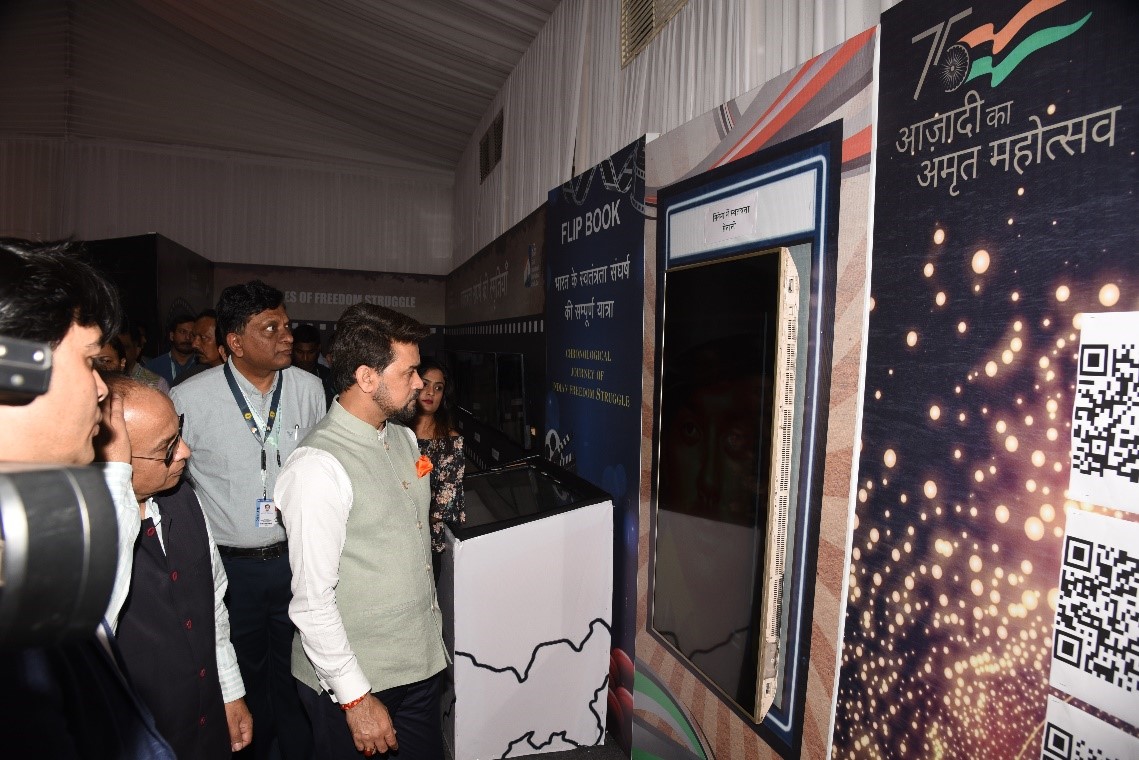 Kadam Badhaaye Ja’-March with Netaji is an Augmented Reality experience, where one can March with India's inspirational leader in Azad Hind Fauz uniform and get his or her image captured. An Immersive Theatre on 1857 War of Independence is a unique experience that is to be seen and felt, even as the virtual reality set helps you witness the Kakori Train Action in a new way. 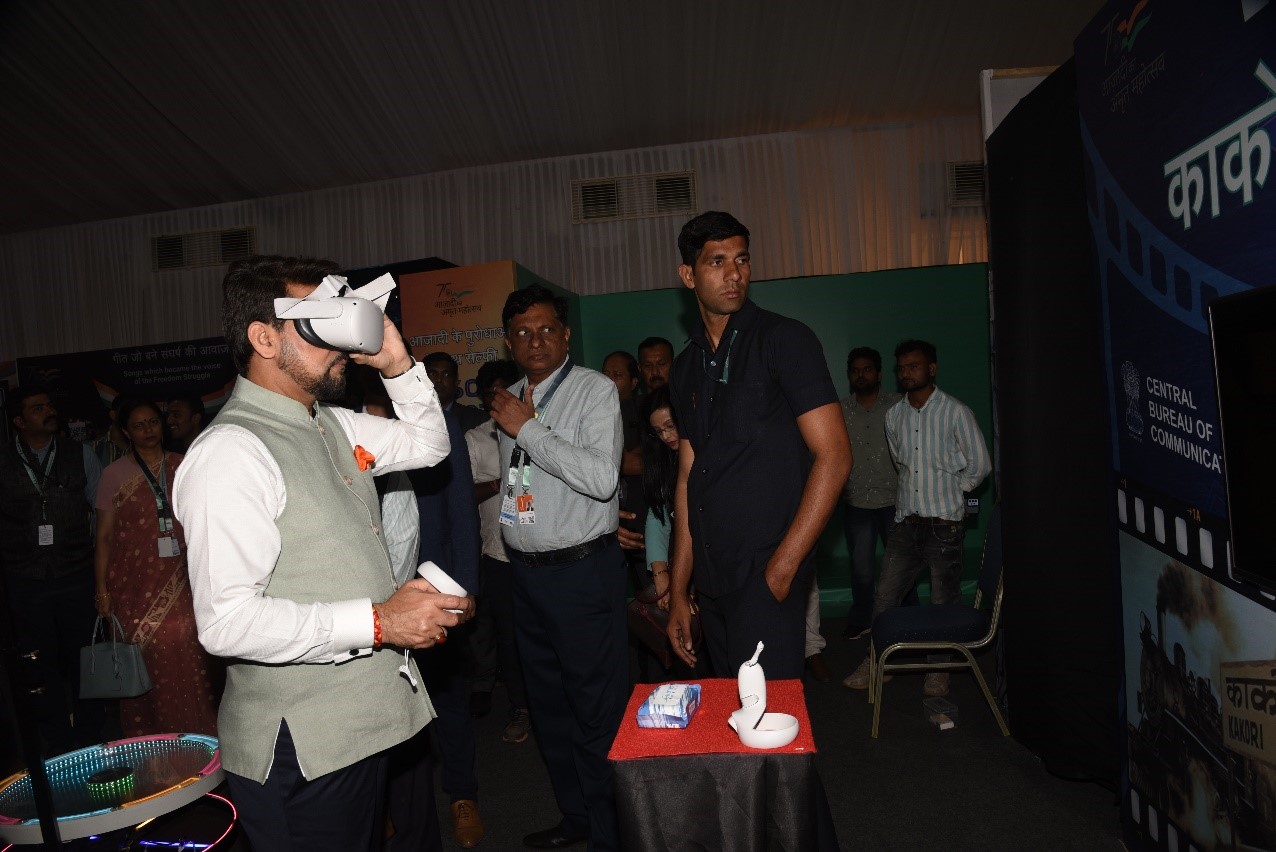 A flip poster exhibition depicts the films that were inspired by the Freedom struggle and that contributed in nation building. Udaykaal, Upkaar, Mother India, Bose, the Forgotten Hero are some of the examples. The display part of Exhibition ends with the Discovery's Journey of India, which tells the story of how the nation has progressed in multi- dimensional fields.

At the Centre of the Exhibition Hall is the symbolic Shahidi Kuan or Martyr's Well of Jalianwala Bagh, where one can pay tributes to all the well-known and unsung heroes of India's Freedom Struggle. The Exhibition captures the depiction of the spirit of freedom movement in Cinema. pic.twitter.com/ITGR2LULIH