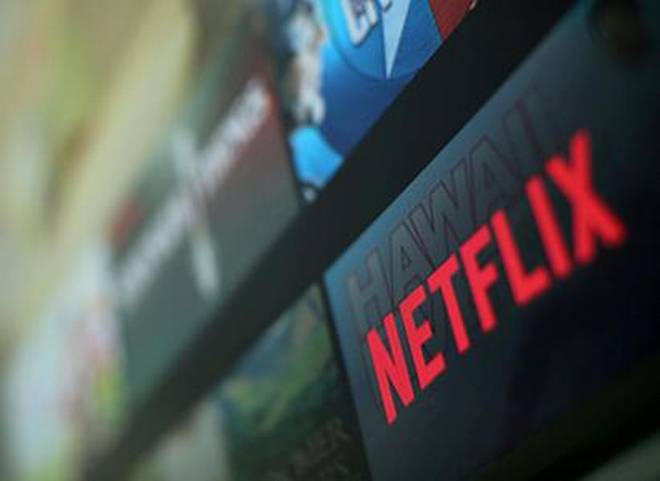 New Delhi: The government has put OTT platforms such as Netflix as well as news and current affairs content on online platforms under the Ministry of Information and Broadcasting and given its powers to regulate policies and rules for the digital space.

There was no law or autonomous body governing digital content in India so far. Now, OTT and other platforms, including digital news websites, are expected to fall within a governmental framework of rules and regulations.

According to a notification issued by the Cabinet Secretariat on Tuesday night and signed by President Ram Nath Kovind, the decision comes into effect immediately.

It was taken in exercise of the powers conferred by clause (3) of Article 77 of the Constitution by amending the Government of India (Allocation of Business) Rules, 1961, the notification said.

With this, the Information and Broadcasting ministry has the power to regulate policies related to news, audiovisual content, and films on online platforms. These include over the top' platforms Netflix, Amazon Prime Video, and Disney+Hotstar as well as homegrown ones like SonyLIV, and digital news websites, including The Wire and Scroll often seen as being critical of the government.

Digital media is already regulated through the IT Act and other laws, albeit within the framework of the Constitution that guarantees freedom of speech, veteran media insiders pointed out.

Though a cross-section of journalists, writers, and directors in digital news platforms and those providing content for OTT services responded with dismay, there was little clarity on what kind of regulations the move would entail.

Information and Broadcasting Minister Prakash Javadekar said he would give a detailed briefing on the matter on Thursday. He was asked about the move during the Cabinet briefing on Wednesday.

The government's decision comes less than a month after the Supreme Court sought the Centre's response on a PIL seeking regulation of OTT platforms by an autonomous body.

These rules may be called the Government of India (Allocation of Business) Three Hundred and Fifty-Seventh Amendment Rules, 2020. They shall come into force at once.

"In the Government of India (Allocation of Business, 1961, in THE SECOND SCHEDULE, under the heading 'MINISTRY OF INFORMATION AND BROADCASTING (SOOCHANA AUR PRASARAN MANTRALAYA)' after entry 22, the following sub-heading and entries shall be inserted, namely:- VA. DIGITAL/ONLINE MEDIA. 22A. Films and Audio-Visual programmes made available by online content providers. 22B. News and current affairs content on online platforms," the notification said.

MX Player CEO Karan Bedi said he looks forward to working with the ministry to implement the efforts towards self-regulation.

As responsible content creators, we want to ensure this act not only takes cognizance of the nature of the content being released but also ensures that we safeguard creativity in this rapidly growing sector, Bedi told PTI.

Several other major OTT platforms declined to comment on the development when contacted.

But filmmakers and writers did not mince their words.

The decision could put Indian content creators at a disadvantage on the world stage and curtail the creative and personal freedom of makers as well as viewers, said several big names in the OTT circuit.

Hansal Mehta, Reema Kagti, and Karan Anshuman, who have been making streaming content on various OTT platforms, were among those who spoke out.

"It puts Indian content creators at a disadvantage when they are competing on the world stage...I don't know the legal ramifications of this. It is too premature to talk what can be done. We should wait and hope things will get clear when the guidelines or whatever is the intent comes into play, said Kagti, one of the directors on Amazon Prime Video's show Made in Heaven along with Zoya Akhtar and Alankrita Shrivastava.

However, nothing specific has been said regarding censorship, except that it is coming under the ambit of I&B ministry," she said, adding that creators are asked for many cuts even though films are certified A'.

Mehta, who made his streaming debut recently with the acclaimed Scam 1992 on SonyLIV, said the decision wasn't unexpected but was a reason for despair.

"This desperation for control of free speech and expression does not augur well. I am currently very disappointed," Mehta told PTI.

Anshuman, the director-writer of Mirzapur and Inside Edge on Amazon Prime Video, termed the move unacceptable and appealed to viewers and creators to band together and challenge the censorship in any and every manner .

Whatever happened to the understanding with Mr (Prakash) Javadekar that OTT will be self-regulated? The govt is giving in to the basest demands of prudes. How is this progress in any manner? Don't like it, don't watch it. Don't impose your regressive views on a billion people. Where is the public discourse before this autocratic decision was announced? And what's the process to appeal, if there's one at all? he wrote on Twitter.

In January 2019, eight video streaming services signed a self-regulatory code that laid down a set of guiding principles for content on these platforms.

However, the government refused to support this code.

In their plea in the Supreme Court, advocates Shashank Shekhar Jha and Apurva Arhatia sought a proper board/institution/association for the monitoring and management of content on different OTT and streaming and digital media platforms.

"The government is facing heat to fill this lacuna with regulations from the public and the judiciary; still the relevant government departments have not done anything significant to regularise these OTT and streaming platforms," the plea said.

None of the OTT and streaming platforms have signed the self-regulation provided by the Information and Broadcasting Ministry since February, it added.

The ministry had earlier told the apex court in a separate case that there is a need to regulate digital media and the court may first appoint a committee of persons as amicus before laying down guidelines with respect to the regulation of hate speech in media.