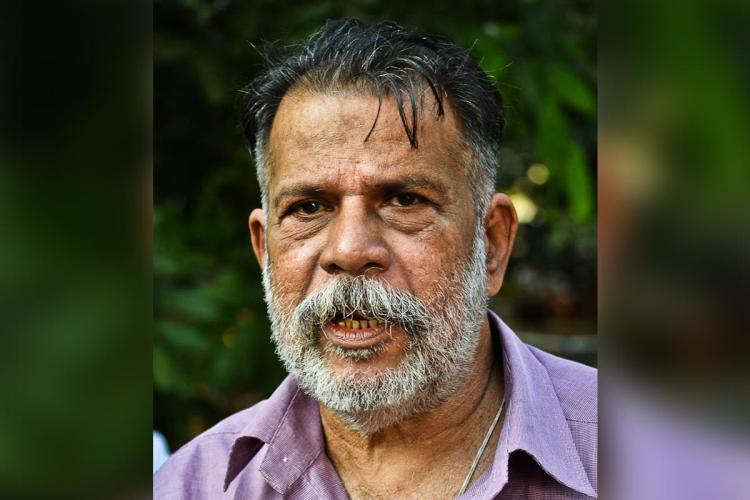 Thrissur, May 11: Eminent novelist, actor and screenplay writer Madampu Sankaran Namboodiri alias Madampu Kunjukuttan, who had been under treatment for COVID-19, succumbed to the viral infection at a private hospital here on Tuesday.

He was admitted to the hospital following fever and breathing difficulties and tested positive for the virus recently, hospital sources said.

Kunjukuttan, fondly called as Madampu by his admirers in the literary and film world, had over 10 novels and five screenplays to his credit.

As an actor, he was known for his roles in the movies like "Paithrikam", "Vadakkunnathan", "Karunam", "Deshadanam", "Aaramthampuram" and so on.

Hailing from a traditional Namboodiri family in Kiraloor in Thirssur district,Madampu Kunjukuttan was generally considered as a person and writer who stood for reformation in his community.

His well-known book, 'Bhrashtu", which won the Kerala Sahitya Akademi Award for the best novel in 1983, revolves around the real story of Kuriyedathu Thathri, who fought against the patriarchy and rigid and conventional norms in the community.

Kunjukuttan won the national award for his screenplay for the Jayaraj-directed movie "Karunam" in the year 2000.

A scholar in Vedas, Sansrit, Indian philosophy and Mathanga Leela (Elephant Science), Kunjukuttan was also known for his fascination for elephants.

He unsuccessfully contested from Kodungallur as a BJP candidate in 2001 assembly elections.

PS: Social media timelines are beginning to look like obituary columns. Prayers for the departed and their families.. and hope that times change for the better soon (sic)," actor Prithviraj Sukumaran tweeted.

RIP! 🙏🏼#MadambuKunjukuttan Sir. PS: Social media timelines are beginning to look like obituary columns. Prayers for the departed and their families..and hope that times change for the better soon. 🙏 pic.twitter.com/As1z9oT44f