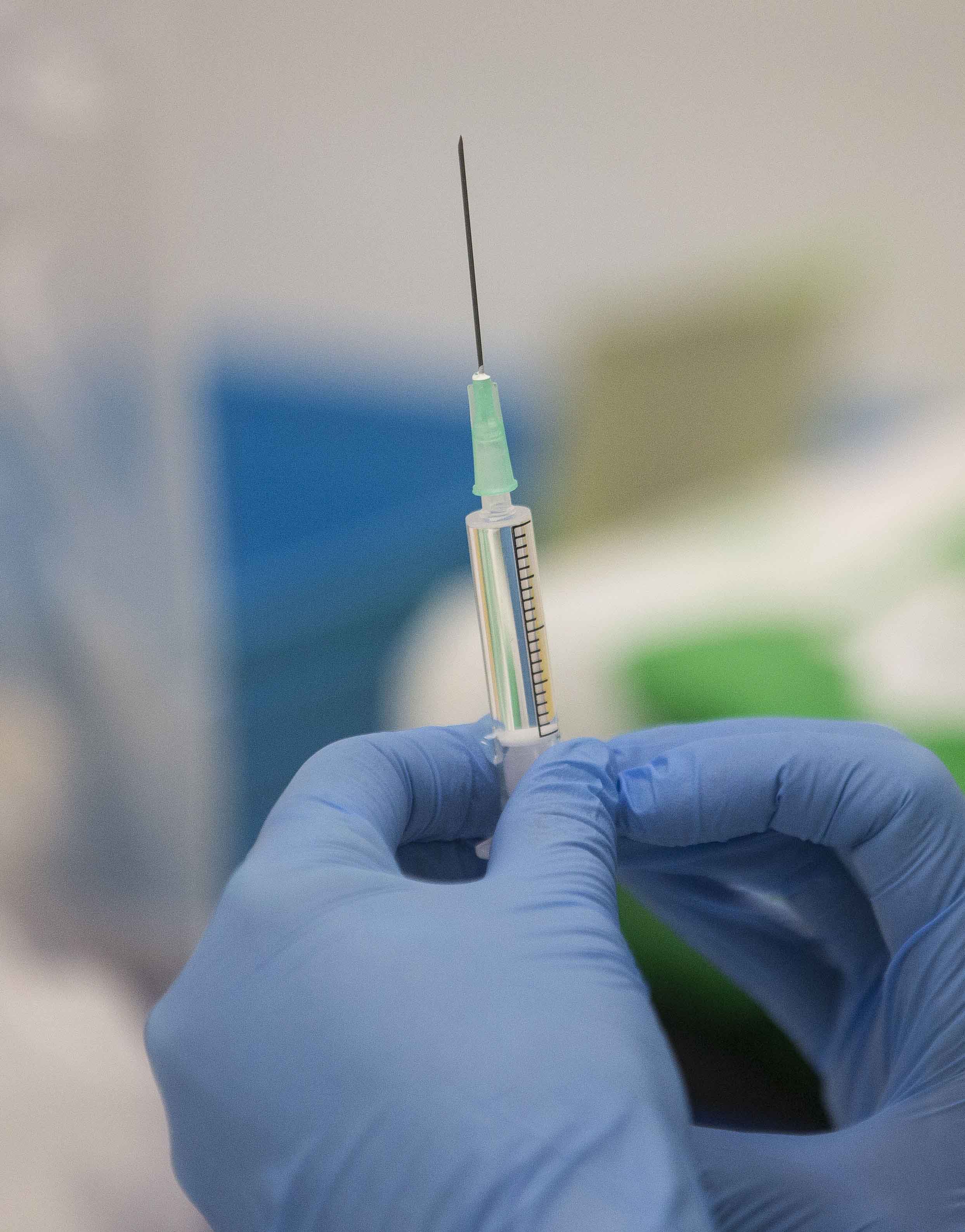 A syringe loaded with the Pfizer-BioNTech COVID-19 vaccine, as the mass public vaccination program gets underway at Southmead Hospital in Bristol| PTI

Dubai, Dec 11: Bahrain has announced plans to give the public free coronavirus vaccines, as Saudi Arabia said it approved an inoculation by Pfizer and its German partner BioNTech to fight the pandemic.

The island nation of Bahrain, off the coast of Saudi Arabia, made the vaccine pledge in an announcement published late Thursday by its state-run Bahrain News Agency.

A safe vaccine will be provided free of charge to all citizens and residents within the kingdom, the statement said, without elaborating on which vaccine it would offer.

Bahrain plans to inoculate everyone 18 years and older in the kingdom at 27 different medical facilities, hoping to be able to vaccinate 10,000 people a day.

Bahrain, an island in the Persian Gulf home to the US Navy's 5th Fleet, has a population of around 1.5 million people.

A week ago, Bahrain said it had become the second nation in the world to grant an emergency-use authorization to the Pfizer vaccine after the United Kingdom.

The Pfizer shots, a so-called mRNA vaccine, contain a piece of genetic code that trains the immune system to recognize the spiked protein on the surface of the virus.

To be vaccinated, a person receives two shots over 21 days.

In the time since, Bahrain has not responded to questions from The Associated Press, including on Friday.

Pfizer told the AP that the details of its sales agreement with Bahrain, including the timing of delivery and the volume of doses, were confidential and declined to comment.

Bahrain had already granted emergency-use authorisation for a Chinese vaccine made by Sinopharm and has inoculated some 6,000 people with it.

That vaccine is an inactivated shot made by growing the whole virus in a lab and then killing it.

The United Arab Emirates on Wednesday described the Sinopharm vaccine as 86 per cent effective, but provided few details and answered no questions.

It marked the first public release of information on the efficacy of that shot.

Earlier Thursday, Saudi Arabia's Food and Drug Authority said it had registered the Pfizer vaccine so that health authorities in the kingdom can then import and use the vaccine.

The kingdom said it based its decision on information given by Pfizer on November 24, without elaborating.

Pfizer on November 18 said its vaccine is 95 per cent effective.

A major challenge for the Pfizer shot in the Mideast remains the weather, however. The vaccines must be stored and shipped at ultra-cold temperatures of around minus 70 degrees Celsius (minus 94 degrees Fahrenheit).

Saudi Arabia said its Health Ministry later would announce plans on how it would distribute the vaccine in the kingdom, the biggest Gulf Arab state, with a population of 34 million people.