DSBK's ‘The Adrenaline Cup’ comes to a spectacular close

Dubai: Hundreds of spectators, adrenaline junkies, and motor loyalists gathered to witness DSBK’s curtain-raising ‘The Adrenaline Cup’ race. The event saw riders from around the world fly down to compete in a blood-pumping, 14-lap sprint to the finish at the Dubai Autodrome Circuit.

The excitement was palpable as fans cheered on the riders darting down the track, full throttle, attempting to beat the clock, all while resisting the relentless heat and fierce competition.

By the end, 3 racers took home the top spots.

When asked about the win, Saeed Al Sulaiti praised the platform and the demanding sprint, “The race was challenging for sure, especially in the Dubai sun, but it was a thrill to participate with so many incredible racers and look forward to more DSBK races in the future!”

“The turnout today is a testament to the excitement we believe sport can draw in. This gives us high hopes for when we crank things into full gear next year and officially launch our Biking festival.”  Says DSBK co-founder, Salman Yusuff Khan

This event was in anticipation of the brand’s official festival launch next year, with ambitious plans to become the region’s foremost name in motorbike racing.

“Watching our idea finally come to life was an incredible experience. We are so thankful for the wonderful support and know that this is a big step forward towards building enthusiasm around Superbiking in the region.” – Adds Nasir Syed, DSBK co-founder, and veteran racer.

"The DSBK Adrenaline Cup promises to be one of the most exciting and thrilling superbike racing events ever to be held in Dubai. The coverage for the event will provide a huge boost in exposure as well as access to leading industry experts to all the participants." Nasir had said before the event. 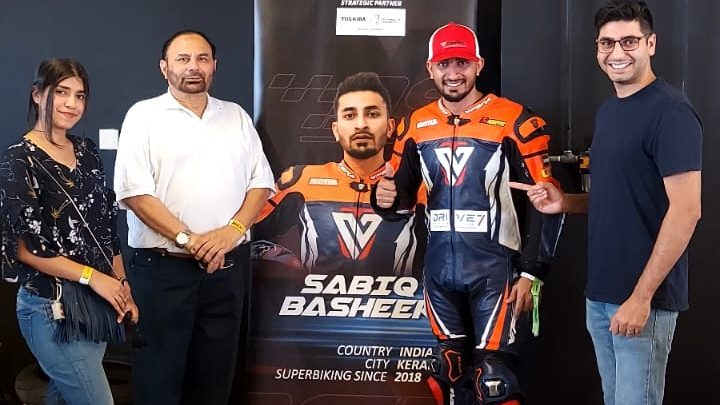