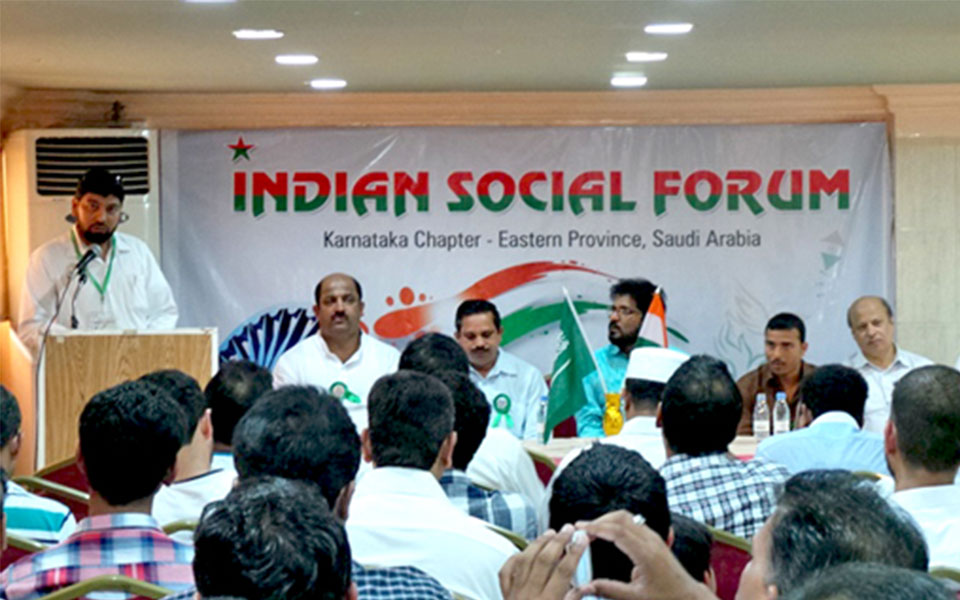 Dammam, (KSA), April 29: ‘Karnataka Ruling Party Congress’s election manifesto for the upcoming Karnataka assembly election is disappointing for many Gulf Kannadiga NRIs in the GCC country as the congress party failed to address issues of an influential community. After several promises made by the ruling party, Gulf NRI community was expecting substantial Gulf NRI welfare programs to be added on party’s Manifesto’ officials from Indian Social Forum Saudi Arabia said in a press release in Dammam.

After thoroughly scrutinizing the Congress election manifesto, Indian Social Forum issued a statement today citing Ruling party Congress must consider wellbeing of Gulf NRI community, there were numerous appeals and recommendations from NRI communities to Chief Minister, other Government representatives and officials in the recent past about Gulf Crisis.

Recent World bank report confirms, India topped the highest recipient of remittance overseas in 2017 and particularly 50% of remittance made from Indian diaspora in GCC countries; however Karnataka is also beneficiary of this remittance.

Notably NRI community from Karnataka coastal belt has been an influential community back home as there are many families, institutions dependent on Gulf NRIs remittance. In light of Gulf Job market crisis, Indian Social Forum Saudi Arabia is requesting the Congress party to revise the manifesto to include realistic welfare programs to protect the Gulf NRIs & their family’s interest. We hope such move would fetch the Congress party to gain positive impact among influential Gulf NRI community and would also be beneficial for the country’s development.