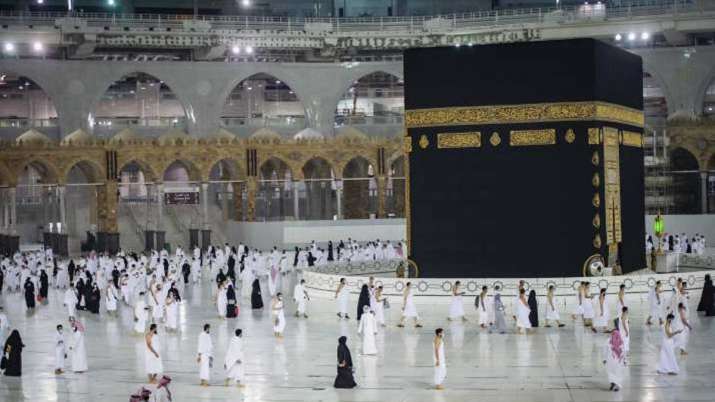 New Delhi, Apr 22: Saudi Arabia has informed India that pilgrims will be able to travel to that country for Haj this year and the Indian quota has been fixed at 79,237 pilgrims due to Covid limitations, Ministry of Minority Affairs officials said on Friday.

The Saudi government has also told the Indian side that only those aged below 65 will be able to travel for Haj this year, they said.

Minority Affairs Minister Mukhtar Abbas Naqvi said all preparations are in order for the pilgrimage and interviews for those deputed for Haj duty have also been completed.

RT-PCR test and two doses of vaccination are required by Saudi Arabia and all preparations have been made to facilitate the pilgrims, officials said.

This will be the first time since the outbreak of the Covid pandemic that pilgrims from India will travel to Saudi Arabia for Haj.

The Saudi side has informed India that the quota this year will be 79,237 pilgrims, officials said.

In 2019, Saudi Arabia had increased India's Haj quota by 25,000, taking the number of pilgrims from the country who can perform Haj to 2 lakh.

But because of the Covid restrictions and limitations, the quota of countries was reduced by Saudi Arabia, officials said.

There will be 10 embarkation points instead of the 21 in pre-Covid times. These are Delhi, Mumbai, Hyderabad, Lucknow, Ahmedabad, Kolkata, Guwahati, Srinagar, Bengaluru and Kochi.

Officials said this year over 5,000 women will be going for Haj without Mehram (male companion).

Digital Health Card, 'E-MASIHA' health facility and "E-luggage pre-tagging", providing all information regarding accommodation and transportation in Mecca-Madina, will be provided to all the Haj pilgrims.

Arrangements for special training on Covid protocols as well as health and hygiene have been made in India and Saudi Arabia for the Haj pilgrims, officials said.

SC orders release of A G Perarivalan, who has served over 30 years of life term in Rajiv Gandhi assassination case.