Too late to drop him now: Organisers on UAE Princess’ reservation on Sudhir Choudhary’s visit to UAE 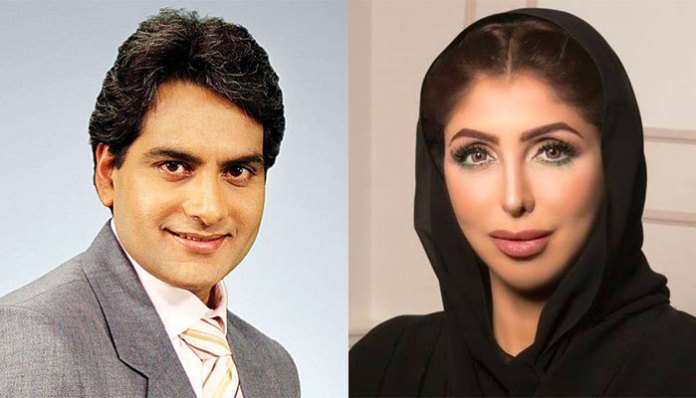 The princess of the Royal Qasimi family of Sharjah expressed her reservations against the ICAI Abudhabi Chapter for inviting Chaudhary for an event, despite his role in promoting Islamophobia through his TV shows.

However, Abu Dhabi-based Chartered Accountant from Mangaluru, Abdulla Madumoole who is also a member of the ICAI Abudhabi Chapter replied to the tweet clarifying that Sudhir was not dropped from the list.

He added “Our team met the Abu Dhabi Chapter officials a while ago, they said it is too late and can’t be dropped.” (SIC).

Vartha Bharati contacted Abdulla Madumoole and confirmed the developments. He said “Sudheer will be coming. He is not dropped from the panel of speakers. I spoke to their officials today but they expressed their inability to drop him from the list.”

Hend had addressed Chaudhary as a “terrorist” while reminding the event organizer how the controversial TV anchor had been defaming Islam and Muslims through his debate shows.

“How dare you invite an Islamophobe to my peaceful country?” she wrote in one of her tweets on Saturday.

“In 2019 & 2020, Sudhir Chaudhry ran shows on Zee News where he spewed venom against Muslims for leading anti-citizenship bill protests. He ran fake stories, targeting Muslim students and women for leading the citizenship protest in Shaheen Bagh, New Delhi & other parts of the country.” She further added.

She then added, “Sudhir Chaudhary is a Hindu rightwing anchor known for his deeply Islamophobic shows that target India’s 200 million Muslims. Many of his prime time shows have directly contributed to real-world violence against Muslims across the country.”

She had also tagged the Institute of Chartered Accountants of India to ask, “Why are you bringing an intolerant terrorist to the UAE?!”

Sudheer Chaudhary dropped from the panel of speakers at the Abu Dhabi Chartered Accountants. pic.twitter.com/jD6JZrd84W

No, not dropped. Only Khaleej Times dropped his name. Our team met the Abu Dhabi Chapter officials a while ago , they said it is too late and can’t be dropped.