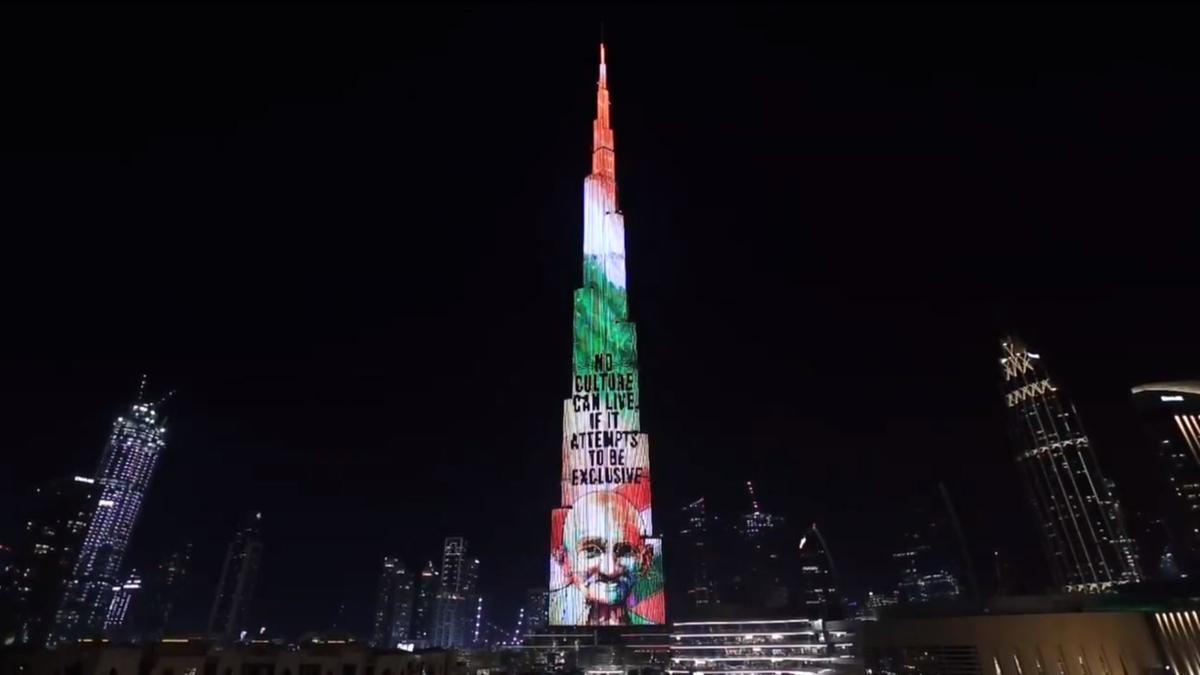 Dubai: The UAE's iconic skyscraper Burj Khalifa on Friday lit up with a colorful LED show in the honor of Mahatma Gandhi's journey, celebrating his 151st birth anniversary.

Be the change that you wish to see in the world - Immortal words spoken by #MahatmaGandhi, the father of the entire nation of India. #BurjKhalifa lights up with an LED show to honor his journey and to celebrate his 151st birthday, the official Twitter handle of Burj Khalifa said in a tweet.

Earlier, the Indian Consulate in Dubai presented its finale event from The Address Downtown, from the backdrop of iconic Burj Khalifa on the occasion of the culmination of the celebrations of the 150th years of Gandhi's birth.

The Indian mission said in a tweet that the program started with Gandhiji's popular bhajan, Vaishnava Jana.

Gandhi Jayanti on October 2 is also marked as the International Day of Non-Violence on account of the non-violent strategy adopted by Gandhi to help India secure independence from the British colonial rule in 1947.

The consulate officials are also holding a cleanliness drive in the premises of the mission. With support from the Indian community, 151 trees will be planted on different sites to mark the occasion.

On the 149th birthday of Gandhi in 2018, a special LED show on Burj Khalifa marked the commencement of the two-year line up of programs of 150 years of Gandhian ideologies in the UAE.

The special LED show was jointly organized by the Indian Embassy, Abu Dhabi, Indian Consulate in Dubai and Emaar Properties. Images of Gandhi and the Indian flag were beamed on the world's largest LED-illuminated fa ade on the same day in 2019.