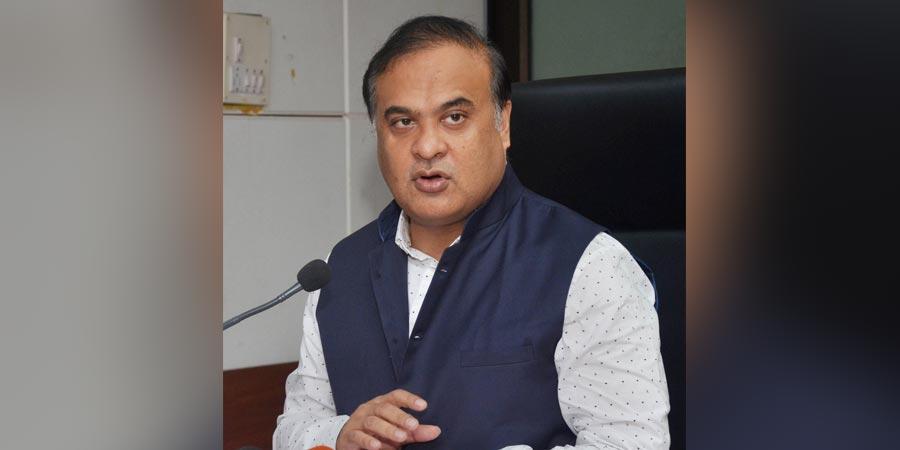 Guwahati: Assam Chief Minister Himanta Biswa Sarma on Wednesday asserted that the concept of secularism needs to be defined in the context of `Indian civilisation'.

Attacking Leftist intellectuals, liberals and the media, Sarma said, at a function where RSS Chief Mohan Bhagwat launched a book, claimed the country's intellectual society is still dominated by the left-liberals with the media giving them more space while ignoring alternate voices.

"An intellectual terrorism has been unleashed and the Lefts in the country are more leftists than Karl Marx. There is no democracy in media....they have no space for Indian civilisation but there is space for Karl Marx and Lenin", he claimed.

Mediapersons may agree in private to an alternative narrative but they prefer giving space to left -liberals saying that this reflects an independent view, Sarma alleged.

"The left thinking has to be challenged and more thought provoking books based on history, of our long struggle for existence must be documented in the right perspective", he said.

The Chief Minister however did not specify how secularism would be defined in the context of Indian civilisation, though he asserted that India India has been a secular country since Rig Vedic times.

"We have given the concept of secularism and humanity to the world. Our civilisation is five thousand years old and we have accepted diversity of thought, religion and culture since ages", the Chief Minister said.

Referring to the Citizenship Amendment Act, Sarma said that there are two perspectives on this- for protestors outside Assam, the demand is why should only Hindus be given citizenship, Muslim migrants should also be covered.

In Assam, however, the protest against the Act was that neither Hindus nor Muslims from other countries should be given citizenship.

"It was the so-called secular protestors at the national level who tried to give a communal colour to the entire protests", he said.

The CAA is for those "who are victims of partition and not beneficiaries of a communal country created on the basis of religion", he said.

The day also saw 1,632 discharges, taking the total number of recoveries in the state so far to 28,44,742, a health department bulletin said.

Bengaluru Urban accounted for most of the fresh cases (450) and saw 377 discharges and 11 deaths.

While the positivity rate for the day was 1.43 per cent, the Case Fatality Rate (CFR) was 1.86 per cent.

Dakshina Kannada followed Bengaluru Urban in the number of deaths (7), Hassan accounted for 4, Chikkamagaluru, Kolar and Mysuru (2 each), followed by others.

Among the districts where the new cases were reported, Bengaluru Urban logged 450, Dakshina Kannada 365, Mysuru 177, Udupi 148, Kodagu 132, Tumakuru 108, Hassan 105, while the rest were scattered in other areas.