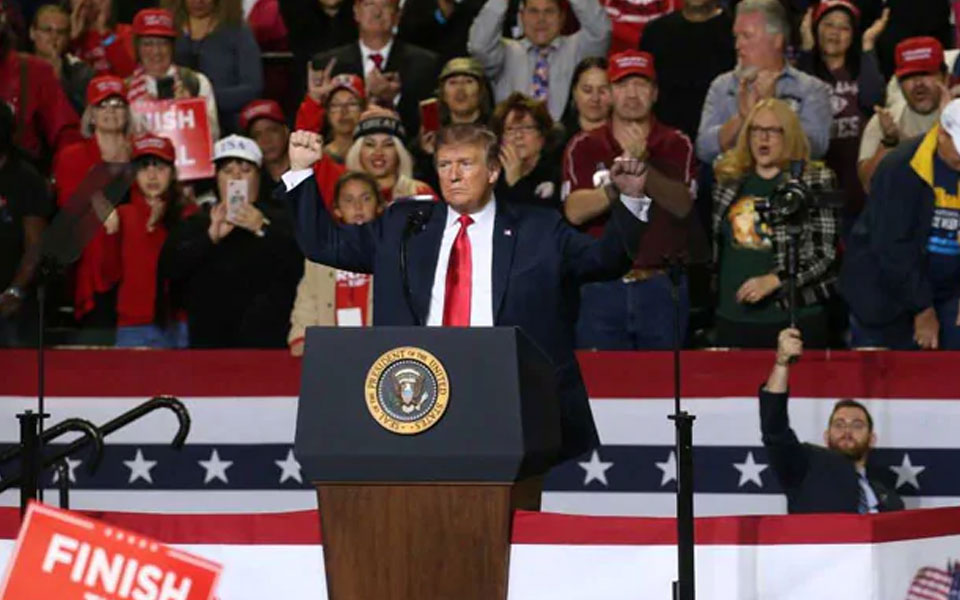 Washington : The British Broadcasting Corporation has asked the White House for a review of security arrangements after a BBC cameraman was assaulted at a Donald Trump rally.

Skeans was unhurt and the man, who was wearing a "Make America Great Again" hat, was restrained by a blogger for the pro-Trump outlet Frontline America and removed from the media riser.

Paul Danahar, the BBC's Americas bureau editor, said in a tweet Tuesday that he had asked White House Press Secretary Sarah Sanders for a "full review of security arrangements after last night's attack."

"Access into the media area was unsupervised," Danahar said.

"No one in law enforcement intervened before, during or after the attack."

Danahar dismissed a statement from the "Trump for President" campaign, which expressed appreciation for "the swift action from venue security and law enforcement officers."

"There was no swift action to prevent or interrupt the attack by any security agency," he said.

"We are relieved that, this time, no one was seriously hurt," said WHCA president Olivier Knox.

"The president of the United States should make absolutely clear to his supporters that violence against reporters is unacceptable." BBC Washington correspondent Gary O'Donoghue, who was covering the El Paso event, said his cameraman was pushed and shoved by the unidentified assailant "after the president repeatedly goaded the crowd over supposed media bias."

He said the man attempted to smash the BBC camera.

Trump paused his remarks following the commotion in the crowd and -- pointing at the media -- asked "You alright? Everything OK?" He resumed his attacks on the press later in the speech, referring to the "totally dishonest media."

Trump frequently denounces the media as the "enemy of the people" and condemns critical reports about his administration as "fake news."

New York Times publisher AG Sulzberger urged Trump during an interview last month to tone down what he called his "potentially dangerous" rhetoric towards the press.