Constitution Day: PM says it is day to express gratitude to makers of Constitution 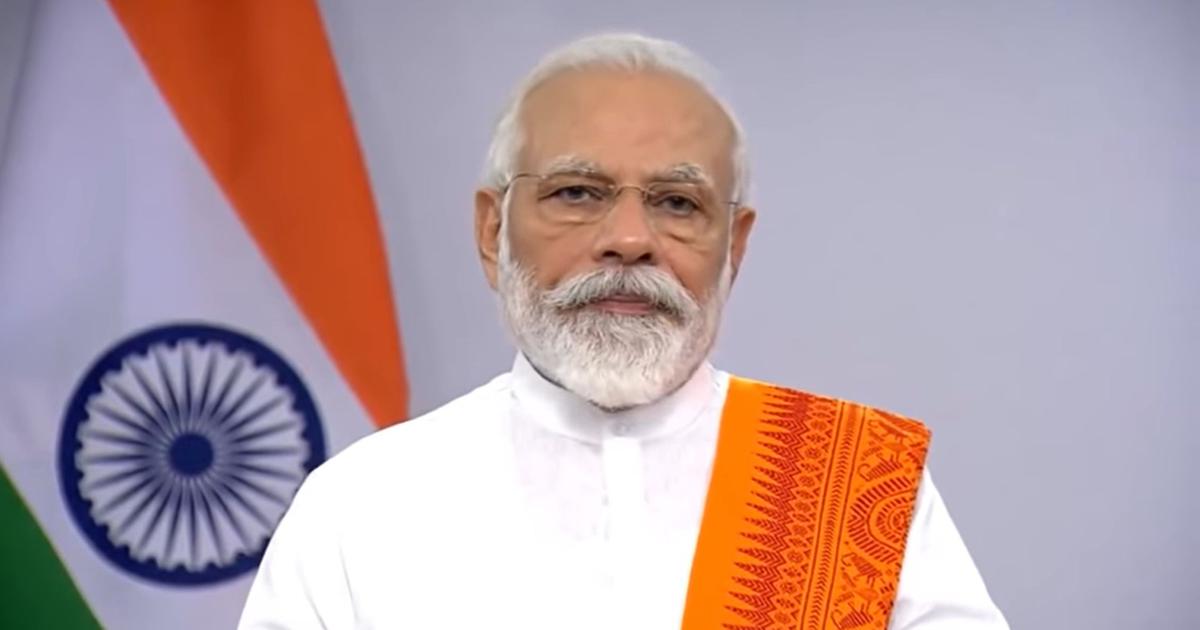 New Delhi: Prime Minister Narendra Modi paid tributes to makers of the Constitution on Constitution Day on Thursday and said it is a day to reiterate our commitment to building India of their dreams.

The prime minister tweeted, "We began to observe 26th November as Constitution Day in 2015. Since then, people across India have been marking it with great fervor. This is a day to express gratitude to the makers of our Constitution and to reiterate our commitment to building India of their dreams."

He also noted that when he was Gujarat chief minister, 'Samvidhan Gaurav Yatra' was organized in Surendranagar.

"In 2010, to mark 60 years of the Constitution, we organized the Samvidhan Gaurav Yatra in Surendranagar, Gujarat. A replica of the Constitution was placed on an elephant and the procession covered parts of the city. I too walked in that procession. It was a unique tribute!" he said.

Earlier in an address to the All India Presiding Officers Conference via video conference, the prime minister had called for taking various measures to popularise the Constitution.

New Delhi: The Supreme Court Monday told the Centre that the proposed tractor rally by farmers on the Republic Day on January 26 is a matter of law and order and Delhi Police is the first authority to decide who should be allowed to enter the national capital.

A bench headed by Chief Justice S A Bobde, while hearing the Centre's application seeking an injunction against the proposed tractor or trolley march or any other kind of protest which seeks to disrupt the gathering and celebrations of the Republic Day, said that police has all the authority to deal with the matter.

Does the Supreme Court will say as to what are the powers of police and how they will exercise them? We are not going to tell you what to do, said the bench, also comprising Justices L N Rao and Vineet Saran.

The apex court told Attorney General K K Venugopal that it will take up the matter for further hearing on January 20.

The question of entering into Delhi is a law and order matter and will be determined by the police, the bench said, adding, Mr Attorney General, we are adjourning the matter and you have all the authority to deal with this matter.

The Centre, in an application filed through Delhi Police, has said that any proposed march or protest which seeks to disrupt and disturb the Republic Day celebrations will cause an embarrassment to the nation .

The top court had on January 12 agreed to hear the application.