Owaisi hits back at Adityanath over 'Nizam' barb 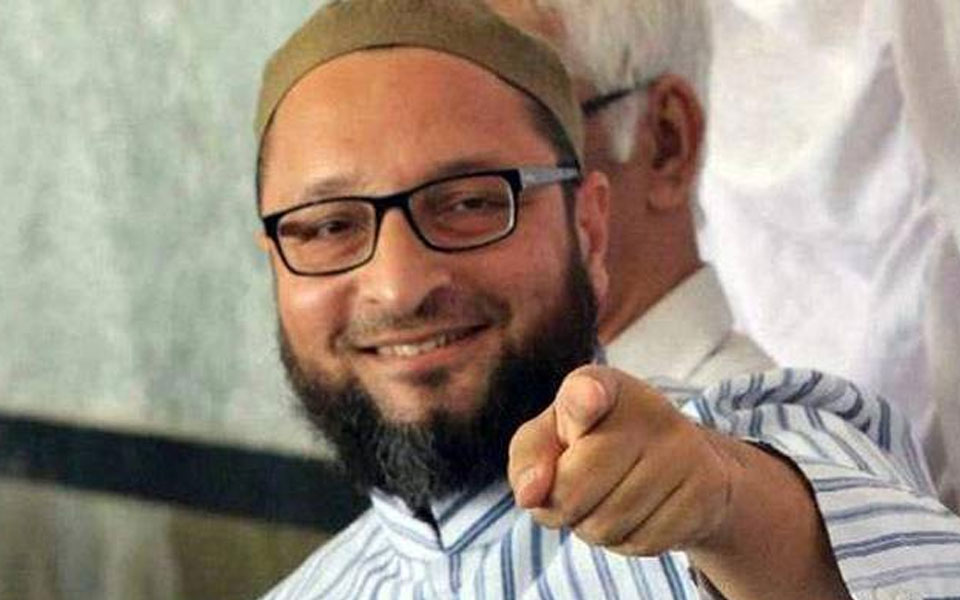 Hyderabad, Dec 3 : Hitting back at Uttar Pradesh Chief Minister Yogi Adityanath's "Nizam" barb at him, AIMIM president Asaduddin Owaisi has said India is his father's country and no one is running away.

Addressing a poll rally here Sunday night, he also said Adityanath was speaking the language of Prime Minister Narendra Modi and that of the Bharatiya Janata Party (BJP) and he was ignorant about history.

The All India Majlis-e-Ittehadul Muslimeen (AIMIM) chief was reacting to Adityanath's comments at a rally in poll-bound Telangana that he would have to "run away" from Hyderabad, just like the Nizam, if the BJP came to power in the southern state.

"Yogi says if the BJP comes to power in Telangana, Owaisi will be made to run away like the Nizam. The first thing, you (Adityanath) are zero in history. If you cannot read, then ask the literate...

"Had you read (history), you would have known that the Nizam did not leave Hyderabad and Mir Osman Ali Khan was made the 'Raj Pramukh' and when there was a war with China, the same Nizam had given his gold...You are saying the Nizam had run away...he did not run away," the Hyderabad MP said.

He added that if Adityanath was willing, he could come with him to the Nizam's grave and offer flowers.

"But will you come?...You may ask to change the name of the grave also," Owaisi said, mocking Adityanath's plans to rename places in Uttar Pradesh.

"Yogi, you are a chief minister...speak like a chief minister.... In your constituency, hundreds of children are dying every year due to encephalitis... There is no oxygen in the hospitals of Gorakhpur, you are not worried about that, you are coming here and talking about building walls of hatred.... This is Narendra Modi and his party's language...and Narendra Modi's mentality...," he added.

The AIMIM chief also asserted that no one was running away.

"You talk about chasing away an MP.... Listen Uttar Pradesh chief minister, it is my religious belief that when Prophet Adam had descended on earth from paradise, he had come to Hindustan. This Hindustan is my father's country and no one can remove me from here.

"We feel pride in calling ourselves Hindustanis...but you say you will make Owaisi run away," he said.

Addressing an election rally at Tandur town of Vikarabad district, Adityanath had hit out at the AIMIM, saying, "If the BJP forms the government in Telangana, I can tell you that Owaisi will have to run away just like the Nizam was compelled to run away from Hyderabad. The BJP will give security to all, but will not allow those who spread anarchy."

The 119-member Telangana Assembly will go to polls on December 7 and the results will be announced on December 11.