Politicians from across party lines, express condolences on passing away of NDTV’s Kamal Khan 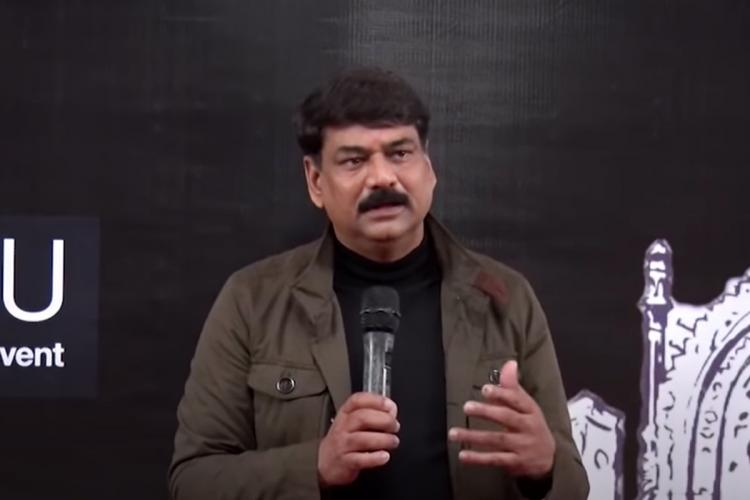 Lucknow: Politicians from across party lines, journalists, and activists on Friday condoled the demise of senior NDTV journalist Kamal Khan, who passed away in Lucknow this morning due to cardiac arrest.

Kamal Khan was with NDTV for over three decades and was the channel’s Lucknow Bureau Chief. He had also won Ramnath Goenka Award for Journalism.

Khan was known for his “outstanding reportage of Uttar Pradesh politics and elegant language” NDTV wrote in its report.

“He will be remembered as a legendary reporter whose work stood out for its perceptiveness and integrity, and the way in which he delivered hard truths with poetic dexterity.” The channel further wrote.

His last report was on the high-profile exits of BJP MLAs ahead of the UP Assembly election that was aired on Thursday.

Khan’s colleague and senior NDTV Journalist Ravish Kumar released a video tribute to him and expressed his condolences over the sudden death of Khan.

UP CM Yogi Adityanath’s office also issued a statement to condole the death of Khan. The statement read "Yogi Adityanathji has condoled the death of senior journalist Kamal Khan. Praying for the peace of the departed soul, the Chief Minister expressed his condolences to the bereaved family members."

"The passing of Kamal Khanji, who emerged as a serious voice of journalism, is very sad! The deep voice of his truth will always remain... My heartfelt tribute!" Samajwadi Party leader and former UP Chief Minister Akhilesh Yadav.

"Shocked to hear about the passing away of senior journalist Kamal Khanji. I met him just a few days ago and we discussed many thing. He kept alive the values of truth and public interest in journalism. My deepest condolences to his family members" - Congress leader Priyanka Gandhi Vadra.

"The news of Kamal Khan's demise is sad. He was a good and respected journalist. My condolences to his loved ones," - her brother, Congress MP Rahul Gandhi.

"The news of the sudden demise of renowned TV journalist Kamal Khan, associated with NDTV, is a very sad loss to journalism. My deepest condolences to his family and loved ones. May God give everyone the strength to bear this sorrow..." - Former UP Chief Minister Mayawati.

This is very sad. The sudden demise of famous journalist Kamal Khanji is a big loss for the world of journalism. I pray to God to give his family strength to bear this loss. My humble tribute..." - Delhi Chief Minister Arvind Kejriwal.

"Received the sad news of the untimely demise of senior journalist Kamal Khanji. His departure has caused an irreparable loss to the fourth pillar of democracy. May God give peace to the departed soul and strength to the bereaved family to bear this grief," - Jharkhand Chief Minister Hemant Soren.

"Received the news of the sad demise of senior and renowned journalist Kamal Khan. My condolences to the family. May God give him a place at his feet and strength to his family to bear this sorrow" - former Madhya Pradesh Chief Minister Kamal Nath.

"We belong to Him and to Him we return. The passing away of senior journalist Kamal Khanji is deeply saddening and leaves a huge void. My sincerest condolences to his family, friends, admirers & colleagues. May God give them strength to bear this irreparable loss" - Housing and Urban Affairs Minister and Petroleum Minister Hardeep Singh Puri.

"It is very sad to hear about the demise of eminent journalist Kamal Khanji... my deepest condolences. Praying to God to grant peace to the departed soul and strength to the bereaved family members to bear this loss" - Aviation Minister Jyotiraditya Scindia.

"Shocked by the news of the passing of Kamal Khan saheb, a great journalist (and) a wonderful human being. May God give strength to his family and friends to bear this immense sorrow," - Minority Affairs Minister Mukhtar Abbas Naqvi.

"I am deeply saddened by the news of the passing of a friend and senior journalist Kamal Khan saheb. Many of my talks with him were very refreshing. There was poetry in his reporting... with a gentle but unmatched grip on facts. Will miss hearing 'Kamal Khan from Lucknow, for NDTV India'," - former Rajya Sabha and Lok Sabha MP Raj Babbar.

"Deeply saddened by the demise of veteran journalist Kamal Khanji. May Almighty grant him the highest rank in Jannah. Strength and condolences to the family," - Maharashtra minister Nawab Malik.