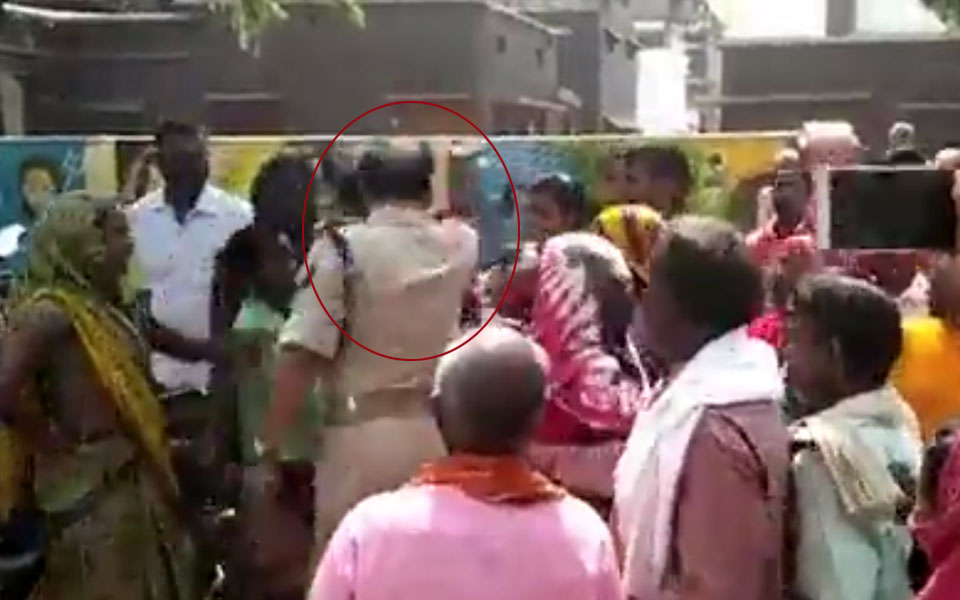 Screengrab from the video | PC: @priyankagandhi/Twitter

New Delhi, Oct 14: Congress leader Priyanka Gandhi Vadra on Thursday attacked the Uttar Pradesh government, alleging that "VIP treatment" was being given to a minister's son while a poor family seeking justice over their complaint of murder and rape of a 10-year-old girl was being handed a beating.

The Congress general secretary shared a video purportedly showing a police official hitting a boy as a family pleads before the official.

"Does a poor family have no right to justice? Mr. Chief Minister, why is your administration handing a beating when justice is being sought," Priyanka Gandhi said in a tweet in Hindi.

"You give VIP treatment to the minister's son and when the poor come with a complaint about the rape and murder of a 10-year-old girl, you beat them up. What kind of justice is this?" she said, in an apparent reference to Minister of State for Home Ajay Mishra's son Ashish Mishra who was arrested on Saturday by the Uttar Pradesh Police in connection with the mowing down of four farmers on October 3 in Lakhimpur Kheri in the state.

The video posted by Priyanka Gandhi is reportedly of an incident from Azamgarh district.

According to media reports, the family of a 10-year girl has alleged that she was raped and later died at a hospital during treatment. They claimed that their complaint was not being taken seriously by the police.