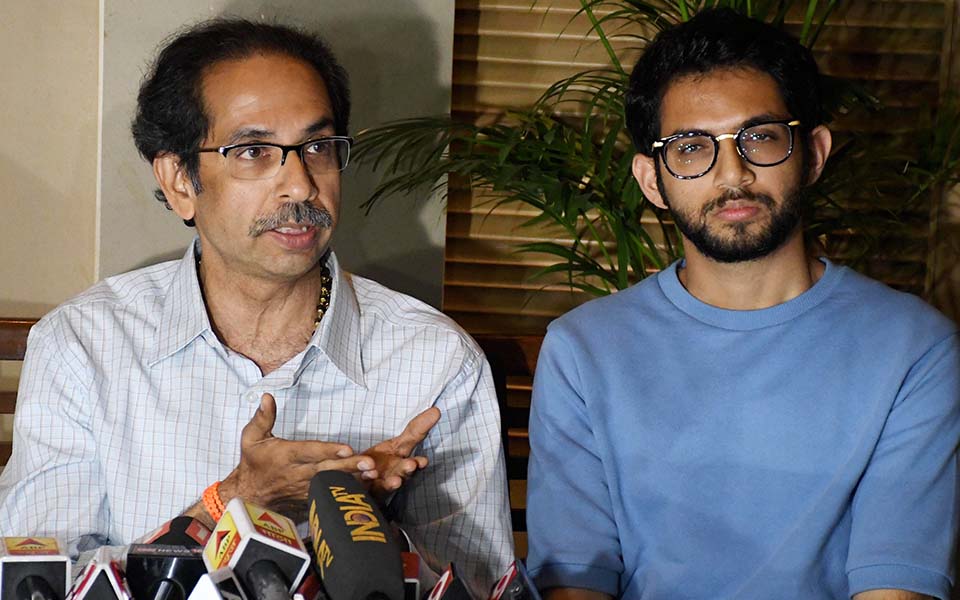 Mumbai, Nov 16: The Shiv Sena said on Saturday that it would not attend a meeting of NDA constituents on the eve of winter session of Parliament, making clear that its exit from the national-level BJP-led alliance was almost certain.

As the party is holding talks with the Congress and NCP for forming government in Maharashtra, its Rajya Sabha MP Sanjay Raut also said that it wants Sena president Uddhav Thackeray to be the chief minister.

The Sena also accused the BJP of having intentions to indulge in "horse-trading" in the state, which is under President's rule since November 12.

The Thackeray-led party fell out with the BJP over sharing of chief minister's post after the two allies won a comfortable majority in the last month's assembly polls.

"I have learnt that the meeting (of NDA constituents) is being held on November 17. We had already decided against attending the meeting considering the developments in Maharashtra...our minister resigning from the Central government," Sanjay Raut said.

Asked if only a formal announcement of the Sena walking out of the NDA remains to be made, Raut said, "You can say that. There is no problem with saying that."

He also said that "we want Uddhav-ji to lead the government in Maharashtra".

The Sena, NCP and Congress have reached a consensus on a Common Minimum Programme (CMP), the basis of their proposed coalition government, and there was no need to discuss it in Delhi, Raut said.

NCP supremo Sharad Pawar has convened a meeting of his party's core committee in Pune on Sunday.

He may meet senior Congress leader Ahmed Patel in Delhi next week, and a meeting with Congress president Sonia Gandhi may follow to discuss the CMP and other modalities of forming a coalition with the Sena, sources said.

Earlier in the day, the Sena mouthpiece `Saamna' sharpened its attack on the BJP in its editorial over a statement by state BJP chief Chandrakant Patil.

Patil had said on Friday that with the support of independents, his party's tally in the 288-member Assembly stands at 119, and it will form government soon. The BJP's own strength is 105.

"Those with 105 seats had earlier conveyed to the governor that they do not have the majority. How come they are now claiming that only they will form the government?" the Sena mouthpiece asked. "...the intention of horse-trading stand exposed now," it added.

Maharashtra was placed under President's rule on November 12 after no party or alliance staked claim to form government.

The Sena reached out to the Congress-NCP combine for support after its alliance with the BJP collapsed.

The BJP and Sena, which fought the October 21 polls in alliance, secured a comfortable majority by winning 105 and 56 seats, respectively. The Congress and NCP, pre-poll allies, won 44 and 54 seats.

Meanwhile, former chief minister Devendra Fadnavis was quoted as saying that the BJP would form the government.

The BJP held a meeting of its defeated candidates here on Saturday. State BJP chief Chandrakant Patil told reporters later that Fadnavis expressed confidence that the party would form government.

Congress is not worthy of an alliance: H D Kumaraswamy 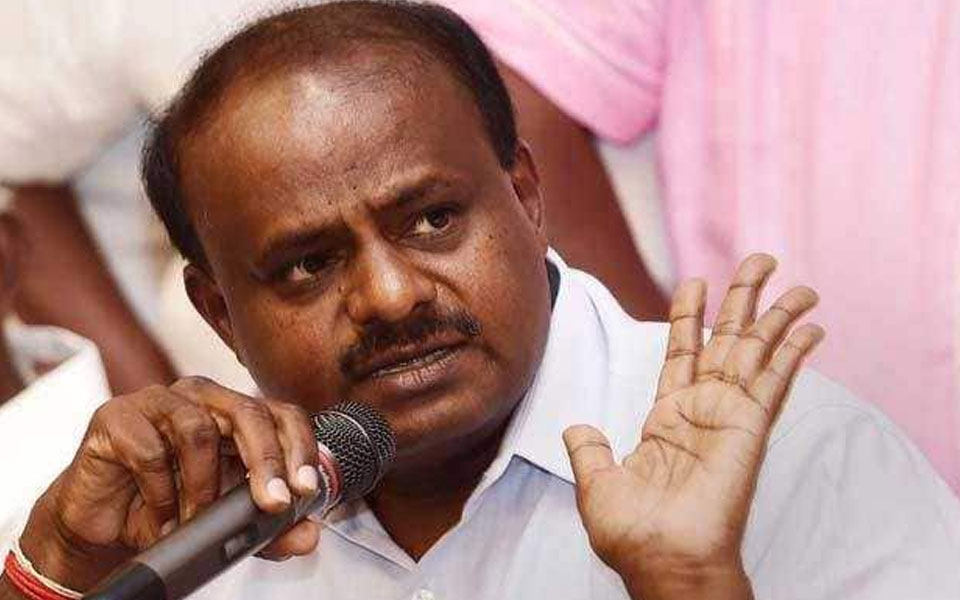 Bengaluru: JD(S) leader H D Kumaraswamy on Thursday made a sharp attack on erstwhile ally Congress, saying it was not a party worthy of an alliance and it does not honour coalition dharma.

A day after the Karnataka Congress ruled out any understanding with the regional party for the November 3 by- elections to two assembly constituencies in the state, the former chief minister hit back, declaring there was no such proposal from JD(S).

"....who had placed the proposal from the JD(S) to have an alliance with the Congress? None of us have gone to Congress' doors like they had come to H D Deve Gowda's (JDS supremo) doors after the 2018 assembly polls," Kumaraswamy tweeted.

He was referring to the Congress forging the post-poll tie-up with JDS under which he became the chief minister heading the coalition government, that had collapsed last year following rebellion by a section of MLAs from both partie.

The Congress was not a party worthy of an alliance, he said adding this was 'proved' by its conduct such as "bringing down" the coalition government led by him, luring of BSP MLAs supporting its government in Rajasthan to defect and its attempts to 'destabilise' the government in Maharashtra.

"There cannot be an alliance with Congress that does not honour the coalition dharma," Kumaraswamy said.

Whenever there was a reference to alliance in the state, let there be no feeling that it involved the Congress and the JD(S). Let Congress leaders don't try to take political mileage by using the names of JDS and his father Deve Gowda, he said.

Congress Legislature Party leader Siddaramaiah and KPCC President D K Shivakumar on Wednesday had ruled out any possibility of an understanding with the JDS for the November 3 bypolls in the state.

The Election Commission on Tuesday had announced the schedule for by-election to Sira in Tumakuru district and Rajarajeshwari Nagar (R R Nagar) in the city.

The bypolls had been necessitated in Sira following the death of sitting MLA B Sathyanarayana of JD(S) last month, while the R R Nagar seat fell vacant following the disqualification of Congress MLA N Munirathna under the anti- defection law last year.

The Congress has finalised former Minister T B Jayachandra as its nominee from Sira, but is yet to find a candidate for R R Nagar. BJP and JD(S) are yet to name the candidates for both the seats.

Both Congress and JD(S) that had formed a coalition government led by Kumaraswamy after 2018 assembly polls, parted ways following the collapse of government due to internal differences and defection from several legislators.

The Supreme Court Thursday directed refund of air tickets, domestic and international, for travel during the COVID-19 lockdown period from March 25 to May 24 within three weeks from the date of the cancellation of flights.

Raising questions on the law and order situation in Uttar Pradesh, BSP chief Mayawati on Thursday demanded that the leadership should be changed or president's rule be imposed in the state.

COVID-19: September accounted for 41.53 per cent of total cases in India

In the eight months since the first case of coronavirus infection was detected on January 30, September alone recorded 26,21,418 infections, accounting for 41.53 per cent of the over 63 lakh COVID-19 cases reported in the country so far.