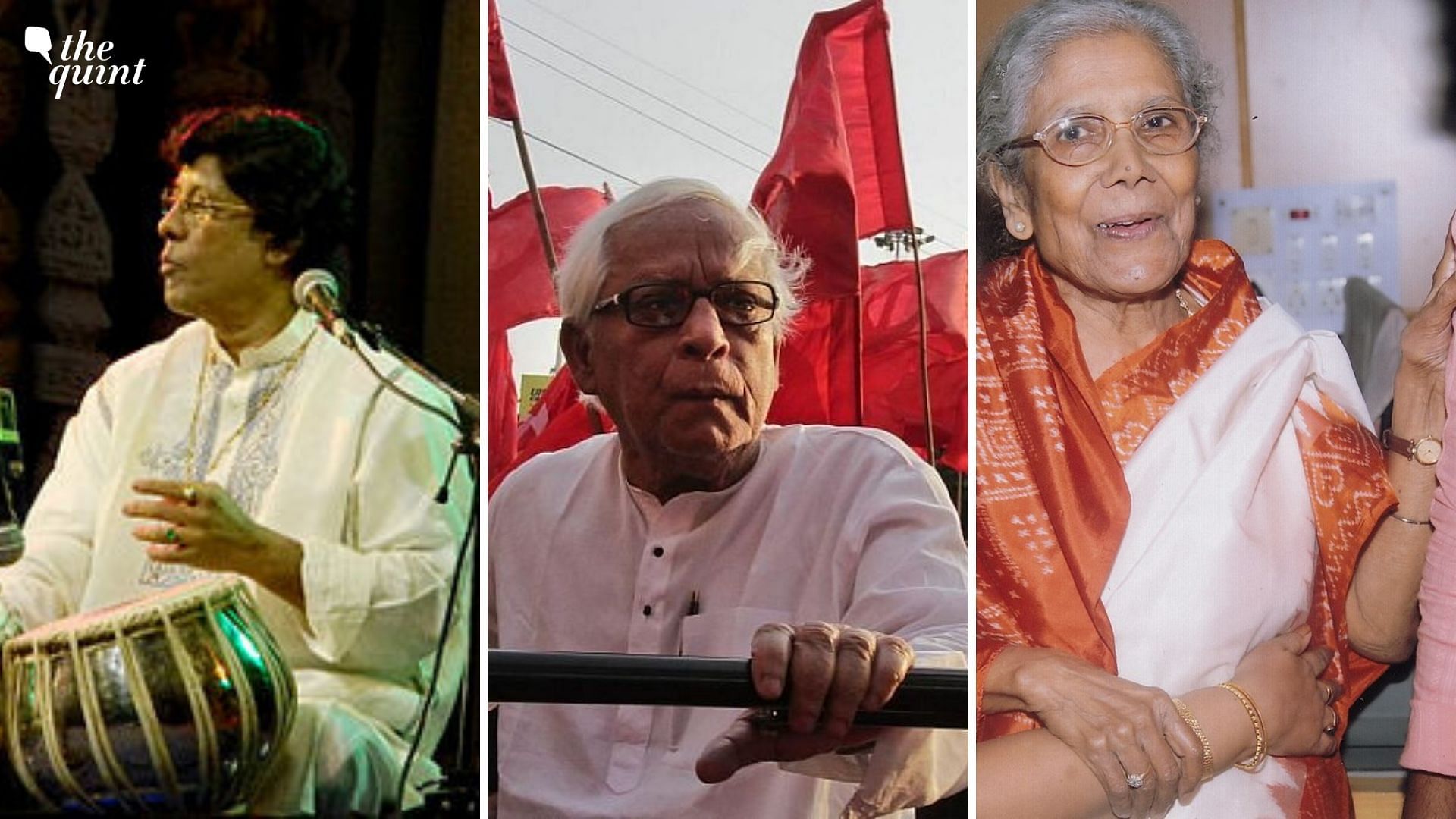 NewDelhi/Kolkata, Jan 26: The Padma Bhushan award for Congress veteran Ghulam Nabi Azad triggered a spat in the opposition party on Wednesday even as he scotched speculation about his future plan while Tabla maestro Anindya Chatterjee became the third person--all from West Bengal--to refuse Padma honours this year.

A day after Padma awards, one of the highest civilian awards of the country, were announced in various spheres of activities, Azad, a former chief minister of Jammu and Kashmir, also denied reports that had claimed he had changed his Twitter profile, calling it a ''mischievous propaganda''.

Senior Congress leader Kapil Sibal took a jibe at his party, saying it was ironic that the Congress does not need his services when the nation recognises his contributions to public life.

Sibal, Anand Sharma and Shashi Tharoor -- who were among the 23 Congress leaders dubbed as the 'G-23' who wrote to party chief Sonia Gandhi demanding organisational overhaul in 2020 -- congratulated Azad.

Azad, who was also a signatory to the letter to Gandhi, was awarded the Padma Bhushan for his contribution to public affairs.

''Ironic that the Congress doesn't need his(Azad's) services when the nation recognises his contributions to public life,'' Sibal said.

While Sharma said the award for Azad was a ''well deserved recognition'' of his lifelong enriching contribution to public service and Parliamentary democracy, Tharoor noted that it is good to be recognized for one's public service even by a ''government of the other side''.

However, Congress leader Jairam Ramesh had on Tuesday taken a veiled dig at Azad.

''Right thing to do. He wants to be Azad not Ghulam,'' Ramesh said on Twitter.

Congress veteran and former Law minister Ashwani Kumar came out in support of Azad, and hit out at Ramesh saying his criticism of Azad is nothing less than a ''shameful innuendo'' and does not do justice to the dignitarian ethos of the Congress party.

''Congress Rajya Sabha Whip's criticism of Ghulam Nabi Azad for receiving the Padma award is nothing less than a shameful innuendo intended to rob both the Award and its recipient of the deserved dignity.

''Such a mindset does not do justice to the dignitarian ethos of the Congress,'' Kumar said in a statement.

Shiv Sena, a key ally of the Congress, also frowned upon attempts by a section of leaders of the grand old party to target Azad.

Calling someone 'Azad' for declining a national honour and 'Ghulam' for accepting it, shows how shallow one's thought is towards a national honour, Shiv Sena leader and Rajya Sabha member Priyanka Chaturvedi said on Twitter.

''This isn't the first nor the last time that opposition leaders will be acknowledged for their work, please maintain that spirit and dignity,'' said Chaturvedi, who quit the Congress to join the Shiv Sena.

''Padma Bhushan for Tarun Gogoi and Bharat Ratna for Pranab Mukherjee - does it make them Ghulams,'' asked Dev, a Rajya Sabha member from Trinamool Congress.

Azad took to Twitter to say that ''some mischievous propaganda'' was being circulated by some people to create confusion. ''Nothing has been removed or added to my Twitter profile. The profile is as it was earlier.'' Azad's Twitter profile has nothing written on it and there is no reference to the Congress party.

In the age of social media, the Twitter profiles of leaders are keenly watched as generally many tend to change them before formally switching parties.

An emotional Prime Minister Narendra Modi had showered praise on Azad in his speech during the farewell to the Leader of the Opposition in the Rajya Sabha last year.

Anindya Chatterjee is the second person from Bengal's vibrant musical world who has rejected the Padma award this year and the third from the state to decline the civilian honours this year after Buddhadeb Bhattacharjee and singing legend Sandhya Mukherjee The eminent percussionist, who has performed `jugalbandis' (duets) with classical maestros like Pandit Ravi Shankar, Ustad Amjad Ali Khan and Ustad Ali Akbar Khan, said he had received a phone call from Delhi on Tuesday seeking his consent to accepting Padma Shri.

''However I politely declined. I said thank you but I am not ready to receive Padma Shri at this phase of my career. I have passed that phase,'' said Chatterjee who received the Sangeet Natak Akademi award in 2002. A disciple of Pandit Jnan Prakash Ghosh, he was the youngest tabla player to perform in the British Parliament's House of Commons in 1989.

Chatterjee said he would have accepted the honour with gratitude had it been conferred on him 10 years ago.

''Many of my contemporaries and juniors were given Padma Shri years ago. Anyway I said with all humbleness, that I am sorry but I cannot accept it (award) now.'' Sandhya Mukherjee's daughter Soumi Sengupta on Tuesday said that the singing legend had told a senior official who had called from Delhi that she was not willing to be named as a Padma Shri recipient on being contacted seeking her consent.

''At the age of 90, with a singing career spanning over about eight decades, being chosen for Padma Shri is demeaning for a singer of her stature,'' Sengupta said. ''Padma Shri is more deserving for a junior artiste...,''she said.

Several prominent personalities in Kolkata's cultural circle on Wednesday criticised the Centre for offering only a Padma Shri award to Sandhya Mukherjee.

Eminent singer Kabir Suman, painter Subhaprasanna and others held a press conference in Kolkata and said it was nothing short of a ''rude jolt'' to the 90-year-old icon who is an inspiration to singers of different generations.

Later, BJP national vice-president Dilip Ghosh said it is unfortunate that the issue was politicised.

''Some intellectuals close to (West Bengal Chief Minister) Mamata Banerjee are unnecessarily creating a controversy over the move by the Centre to honour several personalities on the occasion of Republic day.

''There was no ill motive on the part of Narendra Modi government,'' Ghosh said.