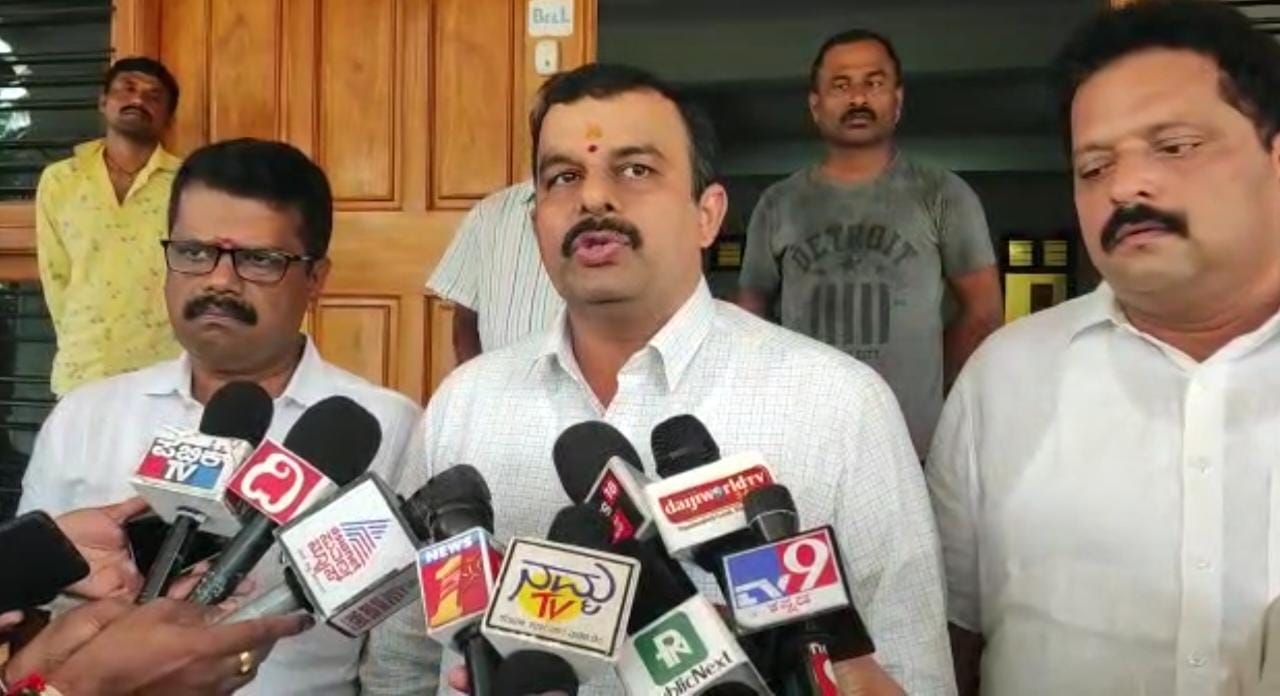 Mangaluru, Sep 24: Karnataka Minister for Energy, Kannada and Culture V Sunil Kumar on Saturday alleged that the Congress encouraged the activities of Popular Front of India (PFI) during their rule.

Addressing reporters in Udupi, he said the BJP lost 14 of its workers as a result of Congress nurturing the PFI.

The Minister said the raid on PFI and SDPI offices in the State is the natural conclusion to the actions taken after the murder of Bharatiya Janata Yuva Morcha leader Praveen Nettaru.

The NIA is conducting the investigation into the case at the highest level. The Congress, during its rule, had created a situation of unrest in the State by withdrawing cases against SDPI and PFI workers, he alleged.

He termed the 'PayCM campaign by the Congress as a bundle of lies.' Former Chief Minister Siddaramaiah was the father of corruption, he alleged, and said the Congress has no moral right to criticise the BJP government.

If they have any complaint, let them approach the Lokayukta or raise it in the State assembly, Sunil Kumar said.

On the proposed power tariff hike in the State, the Minister said tariff is hiked every year. The tariff is fixed on the rise due to rhe price of coal, he said.

To a question, Sunil Kumar said the BJP would come back to power in the State in the next Assembly elections and Basavaraj Bommai would be the captain.