Controversy in Bhatkal over name of Municipal building in Urdu, DC to meet officials on Thursday 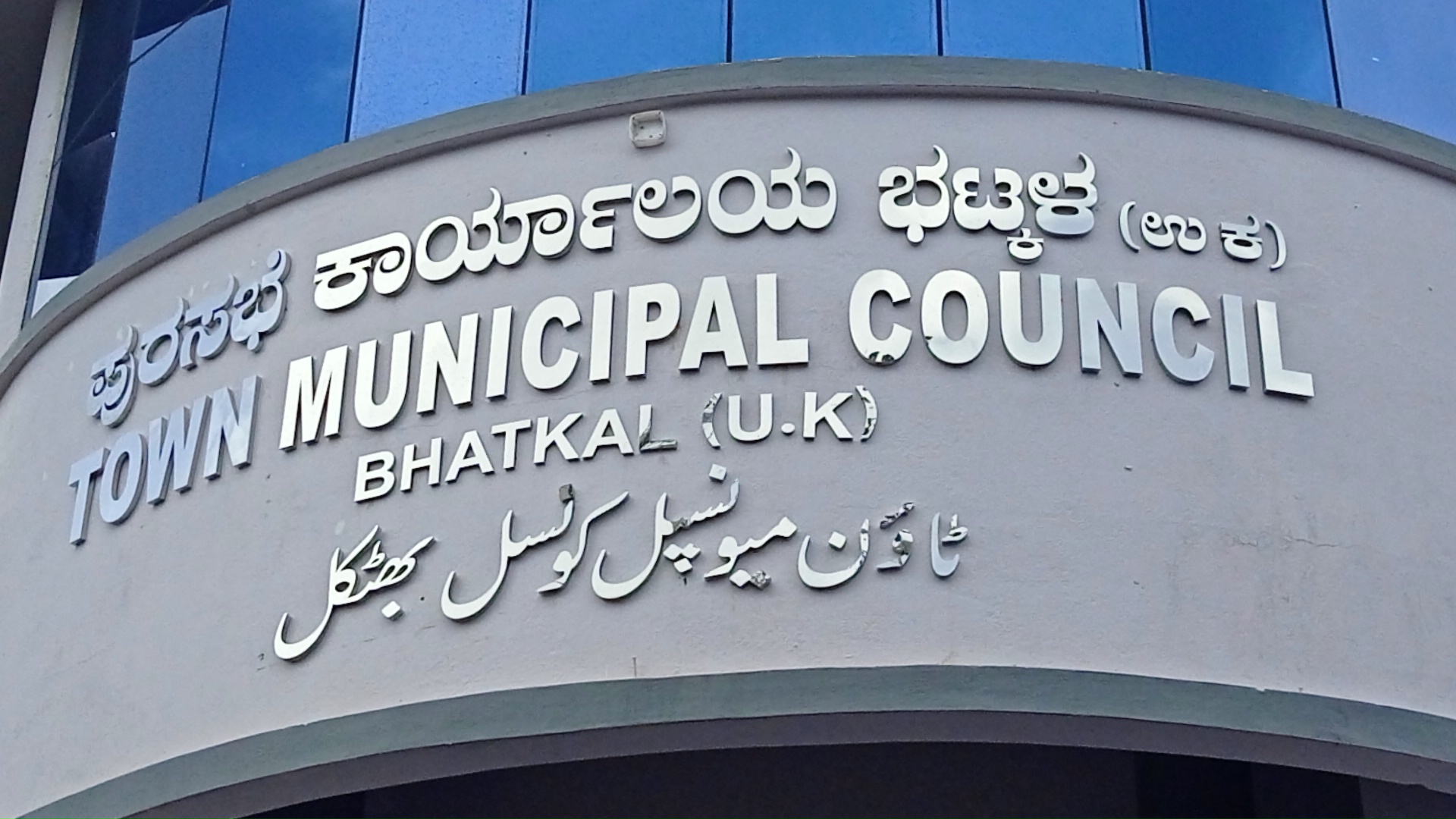 Bhatkal: Things have taken an ugly turn in Bhatkal since Monday, June 27, when the renovated Town Municipal Council (TMC) building’s name was painted in Urdu along with Kannada and English by officials.

Objecting to the addition of Urdu in the building name, members of a few  lcoal organisations immediately staged protests in front of the TMC building calling for immediate removal of Urdu name. They added there was no need to add any other language other than Kannada and English.

The demands triggered controversy and other local Muslim organisations came in the picture calling on the administration to not bow down to threats issued by some groups.

When the TMC Chief Officer Suresh, agreed to remove the Urdu name he added that looking at the situation the Deputy Commissioner had ordered the removal of Urdu from the list.

Irked by the decision, hundreds of youths under the banner of Muslim organisations including Majlis-e-Islah wa Tanzeem and Bhatkal Muslim Youth Federation (BMYF) reached at the spot and protested against the immediate removal of the name leading to a face-off between them and police personnel.

Bhatkal Dy.SP Beliappa then pacified the crowd as the TMC General Body decided to call and emergency meeting on Friday, July 1 to pass a resolution in this regard.

“We will pass a resolution in our council and we will send it for DC’s approval. Let him decide as he is the deciding authority, we will explore our legal options if needed,” Parvez was quoted as saying.

According to the BMYF and Majlis-e-Islah wa Tanzeem, administration was wrong in bowing down to the pressure from fringe groups and added that although they agree for the removal of Urdu name, they added it should be done while following due procedure and not under any pressure.

Locals also objected adding the old TMC building had the name written in Urdu but it was not added on the new building. “What is the problem if they have added the name of the building in Urdu after latest renovation?” one of the protesters asked.

A majority of people in Bhatkal TMC’s jurisdiction who pay taxes are those who speak Urdu. So, if there’s a name on the building written in Urdu, how does it hurt anybody?” another asked.

Meanwhile, local MLA Sunil Naik of BJP also issued a statement and was quoted by local media as saying he would lead a procession to the TMC building and protest if the name in Urdu was not removed within two days. Naik’s statement has further triggered the situation in the town.

Uttara Kannada Deputy Commissioner Mullai Muhilan is now expected to visit Bhatkal on Thursday and hold meetings with representatives of both the parties in a bid to resolve the matter.