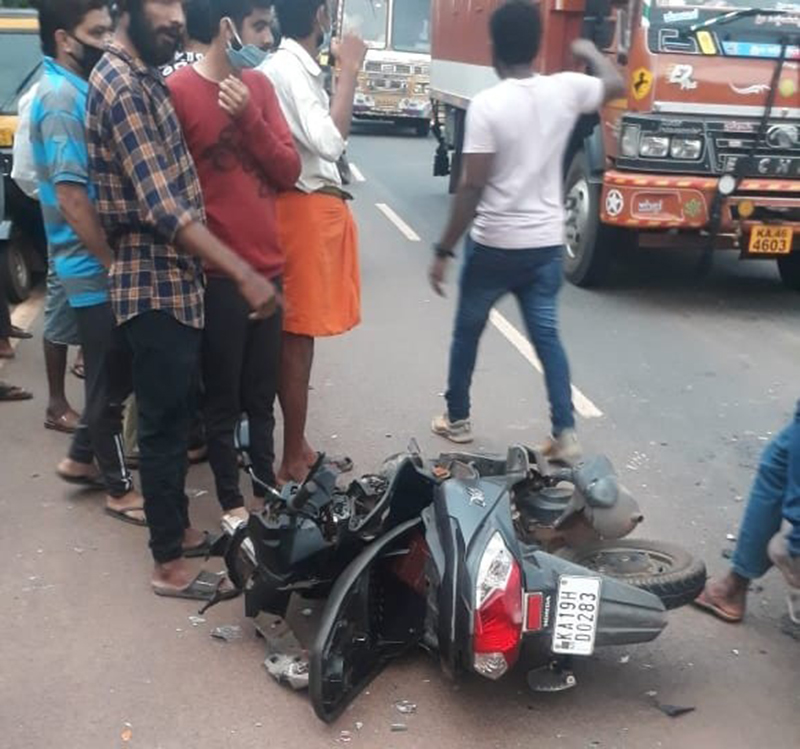 Bantwal: In a road accident reported from Gadiyar in Bantwal Taluk, a two-wheeler rider died after being hit by a lorry. The incident took place near Jogibettu National Highway here.

The deceased has been identified as Mohammed Sharif (33), a resident Budoli here in the taluk.

The incident took place when Sharif’s scooter was hit by a lorry. Sharif reportedly died on the spot after the accident.

A case in this regard has been registered at the local police station and investigations are underway.

Body of youth who went missing from Netravati bridge found

Sathyavelu of Bengaluru had gone missing from Panemangalore in Dakshina Kannada district of Karnataka and his body was found in Kasaragod district of Kerala, the police said.

Acting on the complaint, the police began investigations and said they have found Sathyavelu's bike abandoned on the bridge over Netravati River in Panemangalore.