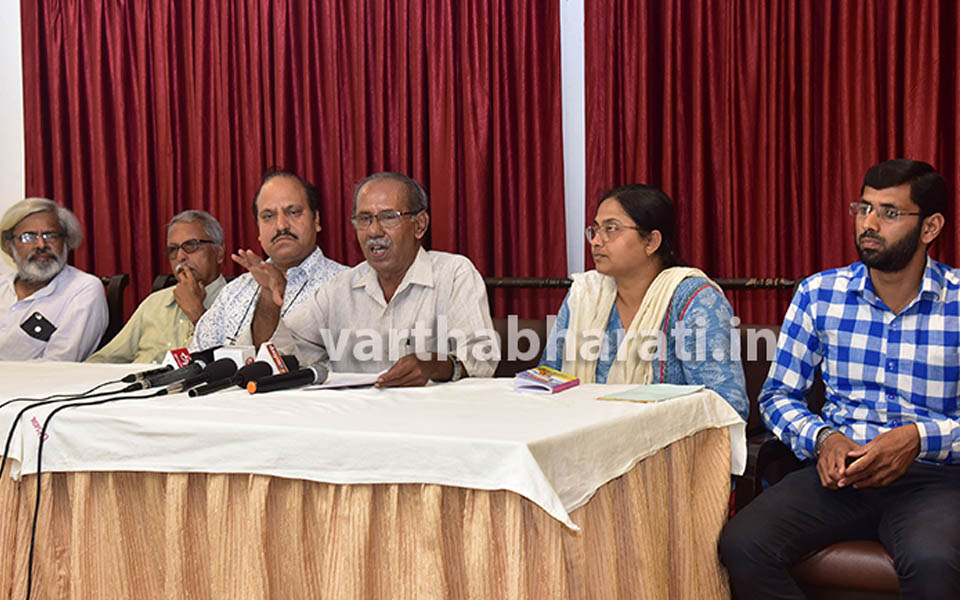 Mangaluru: In the wake of recent violence and clashes between anti-CAA protesters and Police personnel in the city on December 19, a fact-finding team of human rights and civil liberty activists from Karnataka, Kerala, Tamil Nadu and Delhi has submitted its initial report after meeting concerned authorities, families of the two deceased in the clashes and the victims who sustained injuries during the protest and clashes.

The team consisting of Avani Chokshi, Clifton D’ Rozario, Swathi Seshadri, Venugopalan K.M. and (All AIPF), Himanshu Kumar, Panditaradhya, Venkatraju, YJ Rajendra and (All PUCL), Mohammed Nowfal and Umar Farouq (both NCHRO) has demanded an immediate judicial enquiry into the matter while also calling for suspension of Mangaluru Police Commissioner, Dr. PS Harsha and Police Inspector Shantaram Kundar. The suspension of the two officers has been sought on grounds of dereliction of duty in handling situation and for the ‘undisputed statement’ made by Shantaram Kundar in a captured video respectively.

The team has also demanded the government to announce and pay ex-gratia of Rs. Ten lac to the families of each of the deceased. It has also added that the state government should bear the expenses of all the injured victims, including the three patients in Highland Hospital whose condition seriously deteriorated on account of the tear gas fired by the police.

“It appears that there was heavy police deployment, including of external KSRP forces in the vicinity at various places, especially at the State Bank circle. Preparations went to the extent of arranging for sand bags and riot gear at the location” a press statement from the team stated.

Going against the claims made by police personnel that there were thousands of protesters, the fact finding team concluded there were not more than 200-300 people who took to the streets.

“Beginning from the afternoon all the way through the evening, it appears that cumulatively there were not more than 200-300 protesters who had taken to the streets. This goes contrary to the claims of the police that thousands poured onto the streets. Including bystanders and travelers who had alighted from buses there were no more than 400 in the State bank and Bunder area” they reported.

“The protesters were violently thrashed, kicked, pushed around and abused before being thrown into police vans without any provocation in a premeditated manner. The police came down upon them with disproportionate force and violence. We are given to understand that several persons who were at the receiving end of police brutality including media persons have approached the police and other concerned authorities for action to be taken against the police” the report further added.

The team also concluded that there was some confusion amongst the youth about whether or not the protest announced for that day had been cancelled, as the message of cancellation issued after imposition of prohibitory orders under section 144 had not circulated to all.

Pinpointing the police’s excess of force on Muslim community, the team in their report noted the police selectively attacked Muslims and also attacked a mosque where about 80 people were praying peacefully in the evening of December 19.

“It appears that thereafter, the Police went on a rampage and stormed into shops in the vicinity, pulling out people, selectively attacking Muslims. At around 4 pm, a team of police attacked Ibrahim Khaleel mosque where about 80 persons were praying peacefully. The police apparently sought to chase certain youth into the said mosque and then initiated an indiscriminate attack upon the mosque. The police launched an attack of stones and teargas through and above the slats of the mosque gate, causing havoc and confusion” the report stated.

“The leaders of the community were brought in by the police to try to calm the situation down, and, in fact, were succeeding in doing so when one leader, Ashraf, the former Mayor of Mangaluru city, was injured on the head by the police. Reports differ in regard to whether the injury was caused by a bullet. This again aggravated the situation.

“At this point, the police began indiscriminate firing of guns and teargas. Two innocent bystanders were killed during this firing, both of which took place on Azizuddin Road, where the Mangaluru North Police Station is located. One of them was a 42-year old father of two and daily wage earner on the docks, who had stepped out of his house to offer Namaz. There was no mob present, yet tear gas and bullets was being fired into the road, one of which hit Abdul Jaleel in the head. In another incident on another end of Azizuddin Road, 23-year old Nausheen who was attempting to return home from the workshop he was working at, fell prey to the blind and indiscriminate firing when a bullet hit him in his midriff. Highland Hospital where many of the seriously injured were admitted, reported that there were 5 persons admitted with bullet and shell linked injuries. This is apart from Jaleel and Nausheen. The family members reported that they have filed complaints with the State Human Rights Commission (SHRC). The killing of Jaleel and Nausheen are extra judicial killings as they were done outside the procedures of law. The very next day the hospital administration filed a complaint and wanted action to be taken against the responsible personnel but no action was taken in this regard” it further added.

The team also spoke to Dr. Rajeshwari Devi, Dakshina Kannada District Medical Officer “She informed us that on 19th December, 66 people were treated in the OPD of which 26 were civilians and 42 were police persons. Police continued to get treatment from the OPD till the 22nd of December. Apparently there were conscious attempts on the part of the police to make it appear that the number of policemen injured by the alleged stone pelting by the mob outnumbered civilians who suffered injuries from violence by police. The cases of police treated in Wenlock were mostly related to bruises, lacerations, contusions and swelling. There were 2 cases of bullet injuries in which one of the victims admitted took discharge immediately. There several instances of victims who we met who have not gone to Wenlock or other big hospitals for fear of being falsely implicated by the police. Most of the FIRs are open FIRs which serve as a constant threat” the report said.

“As reported above the police have targeted shops and street stalls owned by people from the Muslim community. While in other parts of Karnataka protestors defying the Section 144 order were arrested, in Mangaluru the police resorted to brutal violence to deal with the protestors. Some open FIRs mention the accused as ‘Unknown Muslim Youth’. The attack on the masjid and people coming out of the masjid, that all who were admitted either for bullet/shell injuries and severe injuries due to lathi charge even on those alighting from buses, were all Muslim indicates that the police force has been communalized” the initial report read.

“Within 2 days of the incidents, all the CCTV DVRs have been taken away by the police. Based on the criticism that the police have already faced, it is alleged that this was done in an attempt by the police to cover their tracks. Similarly, on the matter of the internet ban, it appears that it was done only to prevent videos about the police violence from being circulated” it further added.

"We must clarify that on meeting with the Commissioner of Police, he informed us that he was too busy to have a discussion, and would prefer if we submitted whatever questions we had or clarifications we sought in writing, which has been done last evening and still no response is received to the same" it concluded. 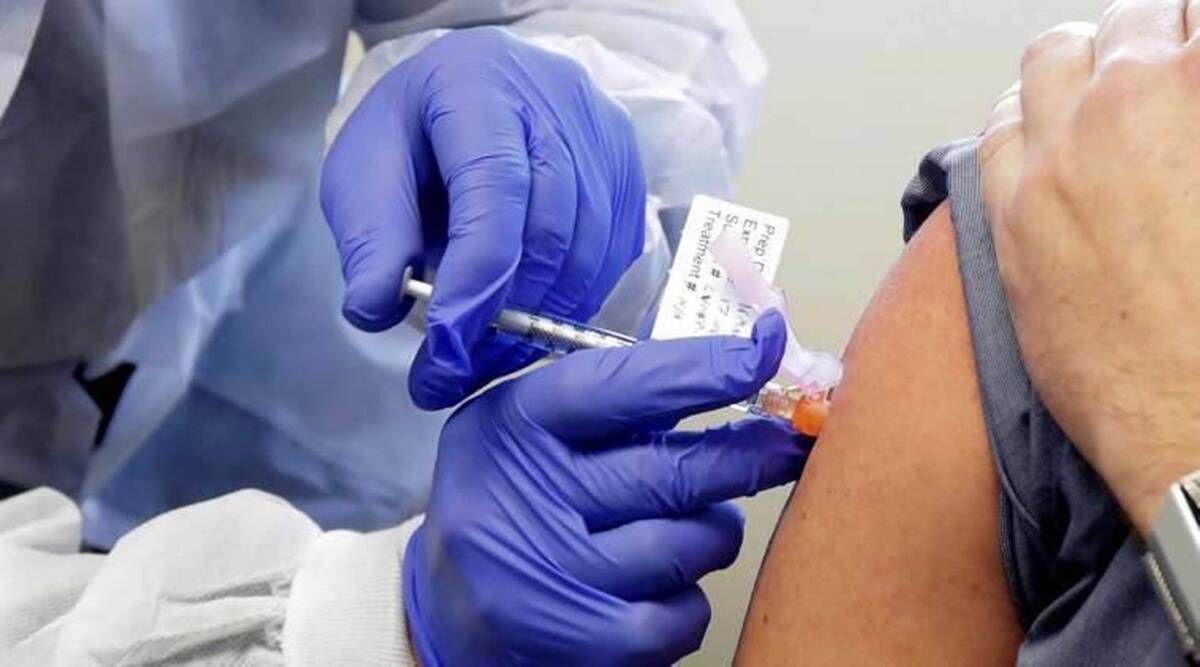 Amaravati, Jan 24: A woman public health worker, who had taken Covid vaccine on January 19, died at a government-run hospital in Guntur in the early hours of Sunday while undergoing treatment for alleged reactions.

While family members of Accredited Social Health Activist (ASHA) worker Vijaya Lakshmi (44) alleged that she died due to the adverse effect following vaccination, the officials said the cause of the death was under investigation.

Health officials said the cause of the health worker's death would be known only after receipt of her autopsy report.

The officials said the death does not appear to be related to vaccination. They pointed out that over 10,000 people were given the vaccine in Guntur district so far and not a single Adverse Event Following Immunisation (AEFI) was reported.

Guntur district collector Samuel Anand announced that a government job will be provided to the son of the deceased. "If the family is eligible to get a house under the government scheme, the same will be allotted to them," he told reporters at the hospital.

The collector, who faced angry protests by the deceased's relatives and others, said he would send a proposal to the government for compensation to Vijaya Lakshmi's family.

However, not satisfied by the collector's response, the ASHA worker's family members supported by the leaders of opposition Telugu Desam Party (TDP) began a sit-in at the hospital.

Raising slogans of 'we want justice' the protestors squatted at the main entrance of the hospital. Police forcibly lifted the protestors and arrested them, leading to tension.

The TDP leaders alleged that the police resorted to excessive use of force to suppress the protest.

According to Vijaya Lakshmi's family members, she took the vaccine on January 19. She developed high fever on January 21. They alleged that a private hospital in Guntur refused to admit her, forcing them to take her to the government hospital.

They said the doctors told them that she suffered brain stroke but they alleged that the death was the result of adverse effect of Covid vaccine. Downloadable e-version of voter card to be launched on Monday

New Delhi, Jan 24: Law Minister Ravi Shankar Prasad will on Monday launch the electronic version of the voter identity card which can be downloaded on a mobile phone or a personal computer.

Karnataka Chief Minister B S Yediyurappa on Sunday said the officials allegedly involved in leaking the first division assistant (FDA) examination question papers may be dismissed from service, even as eight more people were arrested in connection with the leakage, taking the total number of arrests to 14.