Muslims being projected as enemies through constant campaigns: Prof. Apoorvanand

He was delivering B.V. Kakkilaya inspired oration on “Innards of contemporary social discourse” 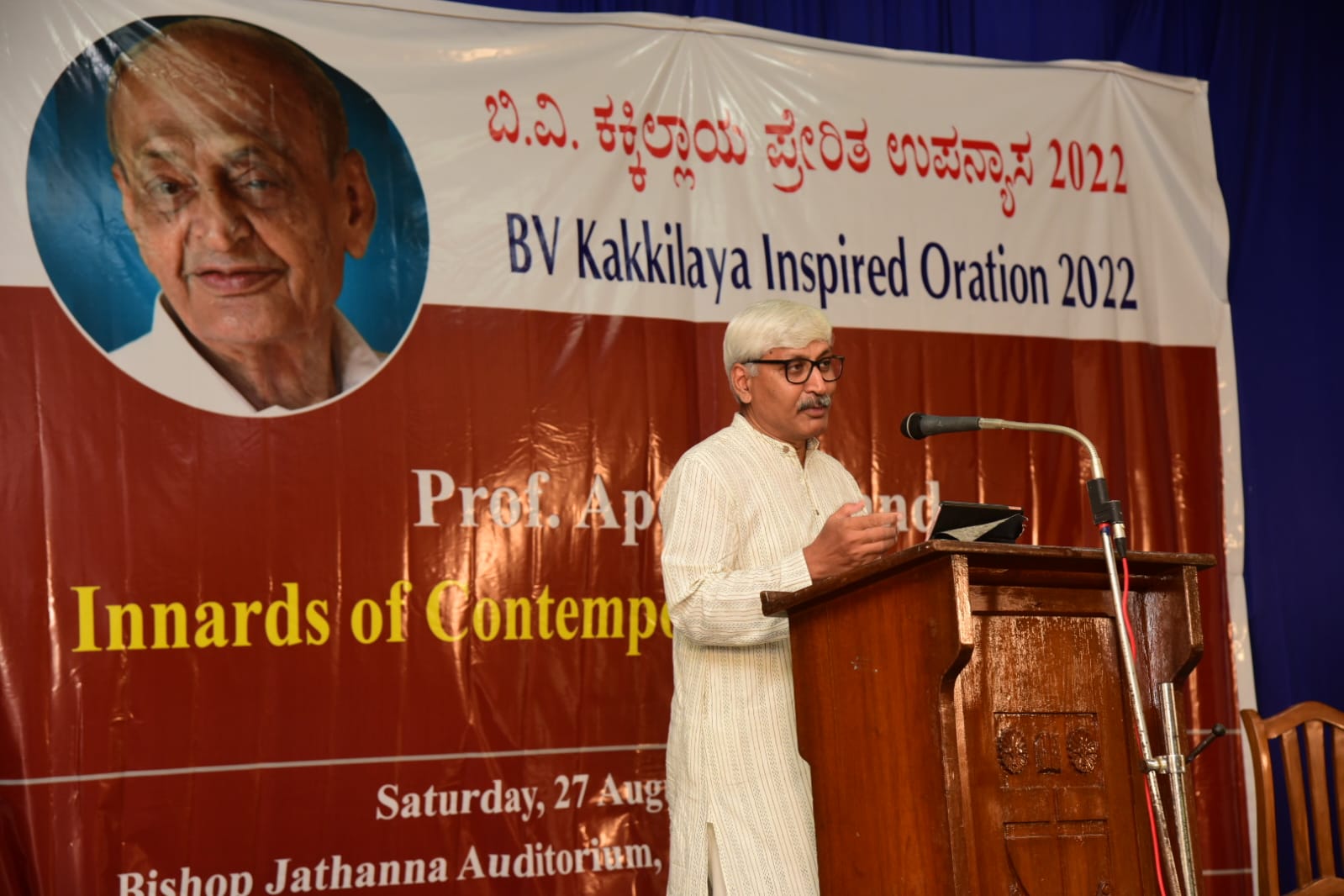 Mangaluru: Delhi University Professor Apoorvanand on Saturday said there is a need of a pedagogy of solidarity to counter campaign against Muslims and other minority communities. He was delivering the B.V. Kakkilaya inspired oration on “Innards of contemporary social discourse” here in the city.

Prof. Apoorvanand said a constant campaign was being held to brand Muslims as enemies.

"Muslims earlier were blamed for being backward. Now they are being branded as anti-national and accused of involvement in “business jihad, UPSC jihad, land jihad, and education jihad." He said.

“This jihad is being thrust on us and we are asked to take sides,” he said adding that the minorities were being projected as enemies.

Speaking about the several campaigns including boycotting of movies starring Shahrukh Khan, Aamir Khan, issues like love-jihad, hijab, call to drive Rohingyas out, and voice against namaz in airport and railway platforms that are being run by the fringe elements, Prof. Apoorvanand said "These are the ways in which this bug of hatred is being created, which leads to violence,”

As a counter in this sinister campaign, Prof. Apoorvanand said Hindus should stop getting obsessed with issues concerning Muslims. “Please learn to detach. This indifference alone can save us,” he said.

There should be collective battle to preserve liberty, equality, justice and solidarity, which are the four values enshrined in the Constitution. Former MP late BV Kakkilaya, he said, has shown the possible pedagogy of solidarity. “We can disagree and disperse, but we (communities) should keep talking to each other,” he said.