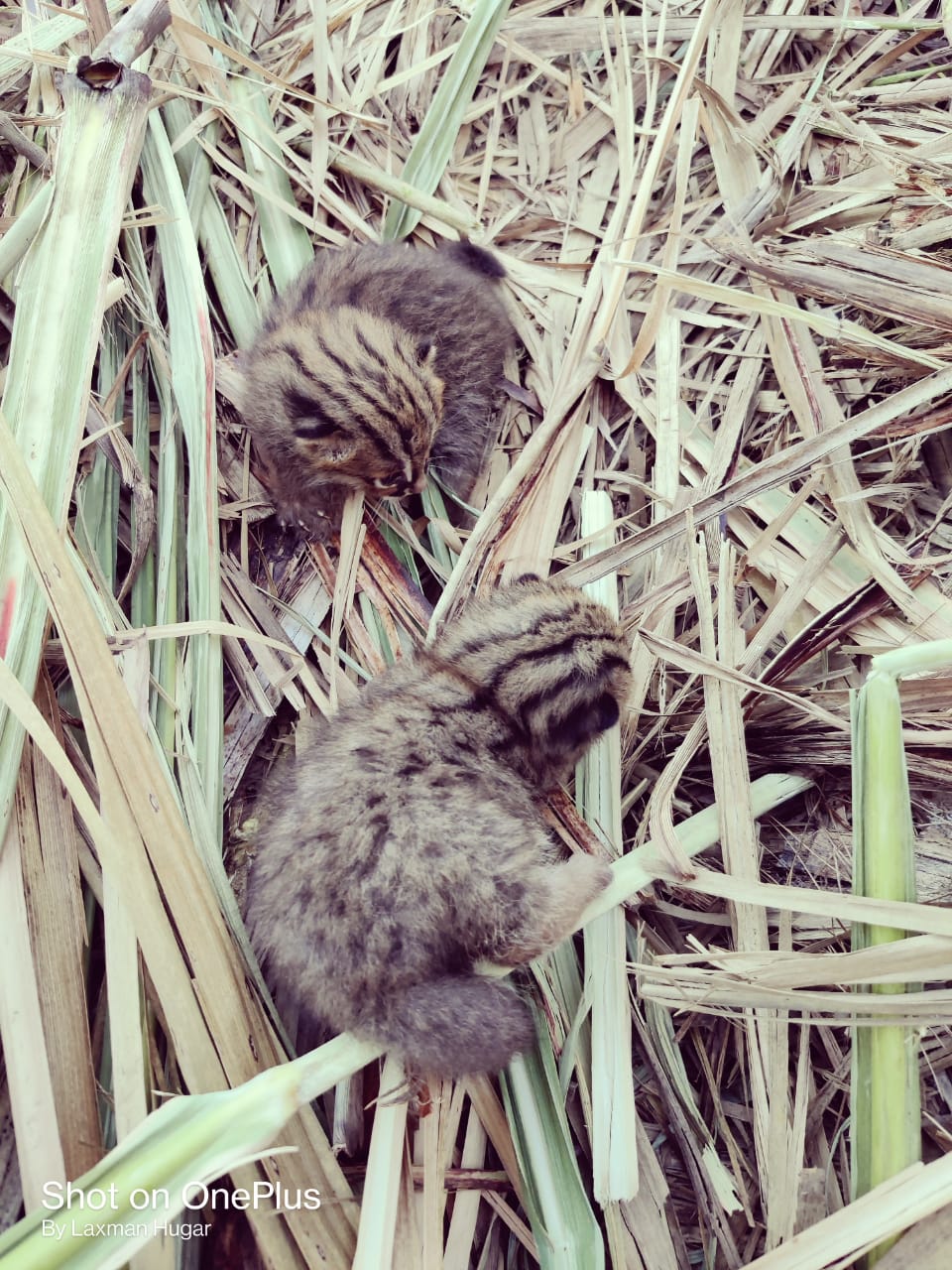 Bijapur: A farmer on Thursday found two cubs of leopard suspected abandoned by their mother, at his farm, and handed them over to the forest officials.

The sugarcane farm where the cubs were found belongs to Prashant Desai in Jainapur Village of Bableshwar Taluk.

It may be noted that since the past few months, the news of sighting leopard was thick and some people have also claimed seeing the wild animal.

Later, in May, one of the male leopards was caught by Forest Officials in their cage.

Now, with the farmer discovering two cubs, it is believed that the cubs belong to the female partner of the leopard which was caught in the past. However, the mother of the cubs has not been found yet.

Meanwhile, the farmer has handed over the cubs safely to the forest officials. The officials are now searching for their mother.