BJP like mother, don't indulge in protests or indiscipline: CM Yediyurappa to supporters 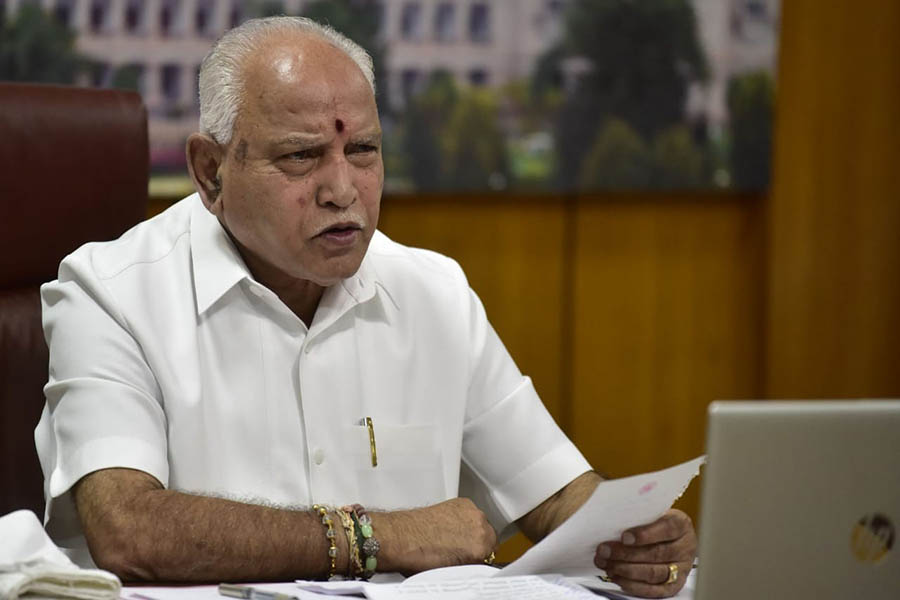 Bengaluru: With voices growing in his support, amid speculation that his replacement was on the cards, Karnataka Chief Minister B S Yediyurappa urged his supporters and well-wishers not to indulge in any kind of protests or indiscipline that is disrespectful and may embarrass the BJP.

The 78-year-old BJP veteran even said that the party is "like mother" for him.

"I am privileged to be a loyal worker of BJP.

It is my utmost honour to serve the party with highest standards of ethics & behaviour.I urge everyone to act in accordance with party ethics & not indulge in protests/indiscipline that is disrespectful & embarrassing for the party," Yediyurappa tweeted.

Appealing to supporters not to give statements in his favour or indulge in protests, based on the current political developments, Yediyurappa in a tweet in Kannada said, "your goodwill should not exceed the boundaries of discipline.Party is like a mother to me and disrespecting it will cause pain to me. I believe that my true well wishers will understand and respond to my feelings."

Support has continued to pour in for Yediyurappa from Mutts, pontiffs, political leaders across the party line, amid speculations that his exit was on the cards.

Leaders and pontiffs, especially from the Veerashaiva-Lingayat community, also All India Veerashaiva Mahasabha have declared support to Yediyurappa and have urged for his continuation as the Chief Minister, while also warning "bad consequences" for the BJP if he is replaced.

Some BJP leaders like MP G M Siddeshwara and former legislator B Suresh Gowda, among others, speaking in Yediyurappa's support, have also expressed confidence that he will continue as CM, as the high command has not asked him to step down.

The trip raised questions in some quarters if the party is now working out a succession plan.

On his return from the national capital, Yediyurappa had, however, dismissed reports that he is on the way out, and asserted that the central leadership has asked him to continue in the post.

I am privileged to be a loyal worker of BJP. It is my utmost honour to serve the party with highest standards of ethics & behaviour. I urge everyone to act in accordance with party ethics & not indulge in protests/indiscipline that is disrespectful & embarrassing for the party.