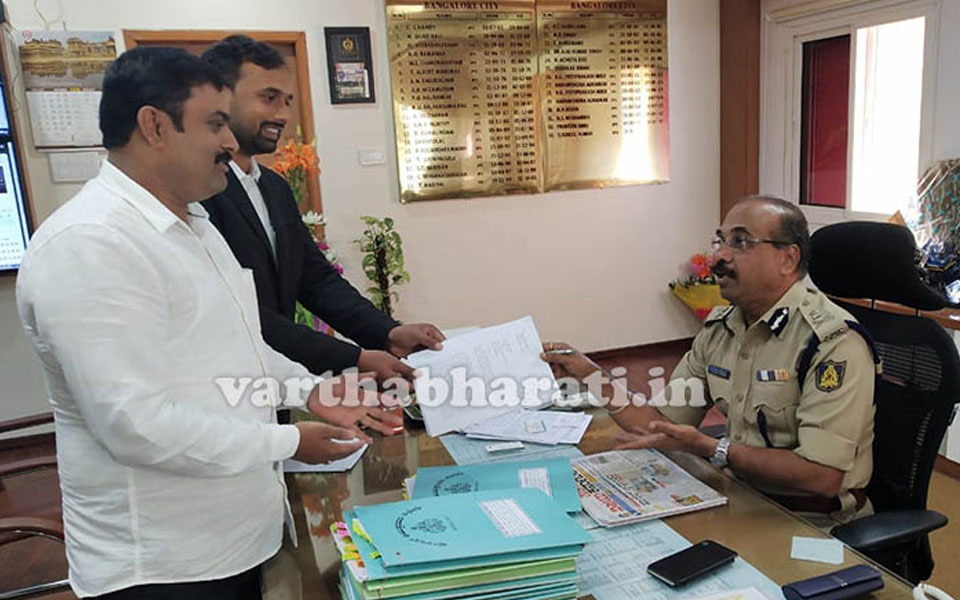 KPCC secretary AN Nataraj Gowda lodged a complaint with City Police Commissioner T Sunil Kumar against Vikram Hegde alleging that the latter has been spreading false news and posting insulting news in order to tarnish the image of the Congress leaders. Based on this, the Cyber Crime police lodged an FIR against Mahesh Vikram Hegde, it is said.

Speaking to reporters, AN Nataraj Gowda said that he has complained against the accused who has been posting derogatory statements in foul language against the Congress leaders and the police should arrest him and take action.

He was notorious for posting such false news and he was arrested once. He was facing lot of serious charges and there was an allegation that he has been instigating the communal clashes. So, the police should arrest him and take legal action, he demanded.

“Police have been searching”

‘I have lodged a complaint against Mahesh Vikram Hegde who has been spreading false news against Congress leaders in the social media and the police have been searching for him.’