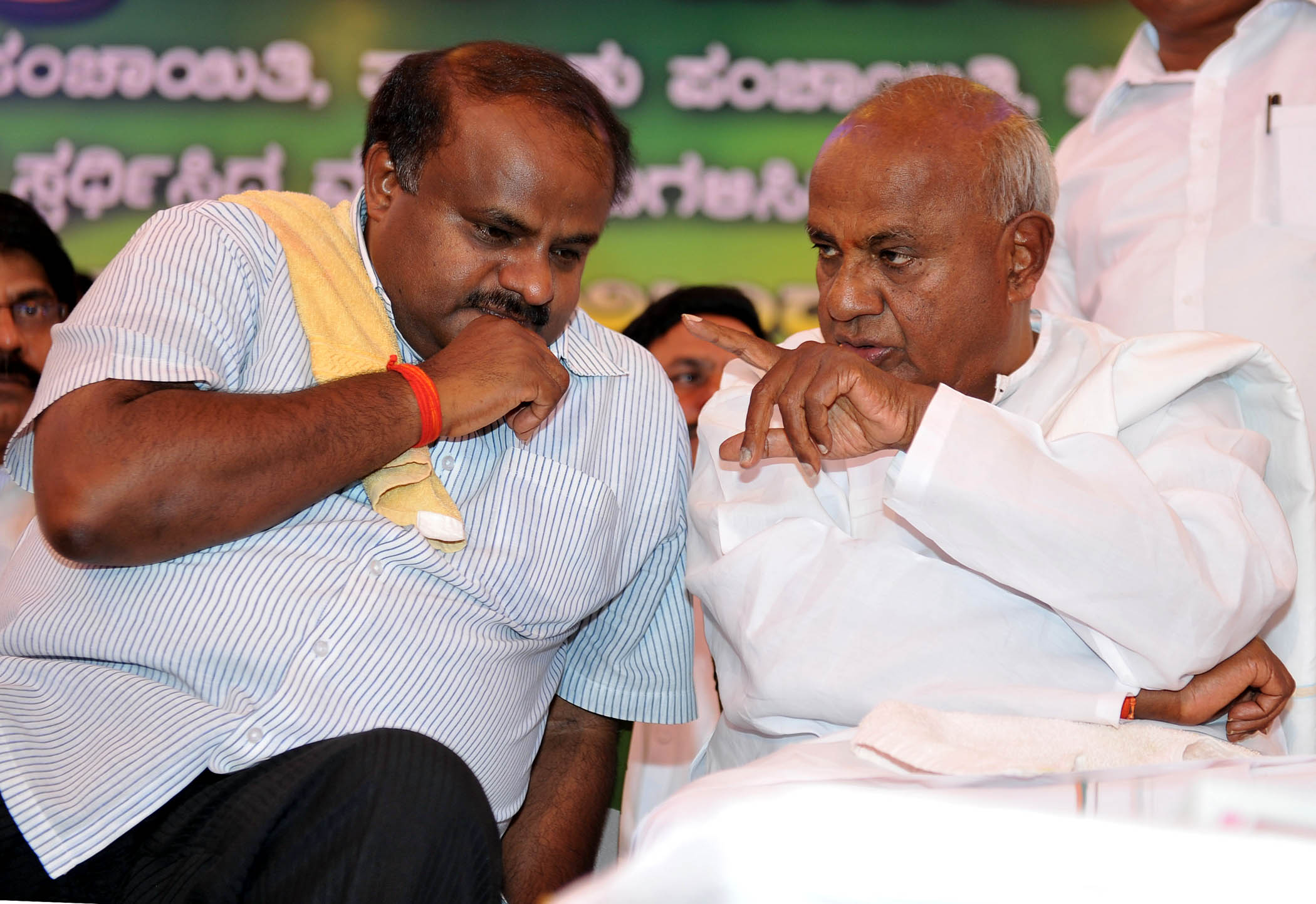 Bengaluru, Jun 29: Indicating his party's support to BJP-led NDA's candidate for presidential polls Droupadi Murmu, JD(S) leader H D Kumaraswamy on Wednesday said a final decision on this will be arrived at soon after going through the background of the two candidates in the fray.

"Already she (Murmu) has discussed with our national president (Gowda) over phone twice and has requested for support. Also, she had sought time to come and meet. I requested our national President that there is no need for her to come personally in the current situation," Kumaraswamy said.

Speaking to reporters here, he said Murmu already has the majority on her side and she has expressed her desire to seek Gowda's support out of goodwill and generosity.

"She has already won...she need not come so far...we will decide in the party...You (media) may have understood by now what our decision might be. Before taking a final decision, we will look into the background of both candidates. There is no question of Congress or BJP or any B-team here," he said, adding that he has gone through Murmu's background and her struggle.

Recently calling Murmu, as a "suitable" and "non-controversial" candidate, Gowda had noted that he doesn't want to refer her as merely a tribal candidate, but wants to say that she is "competent" for the post of President.

Battle lines have been drawn for the July 18 presidential election with the BJP-led NDA naming Murmu, a tribal leader from Odisha, as its candidate, while former Union minister Yashwant Sinha has filed nomination as a joint nominee by major opposition parties, including the Congress, the NCP and the TMC.

Murmu, 64, had been the Jharkhand governor and also served as minister in the Odisha government earlier in her career.