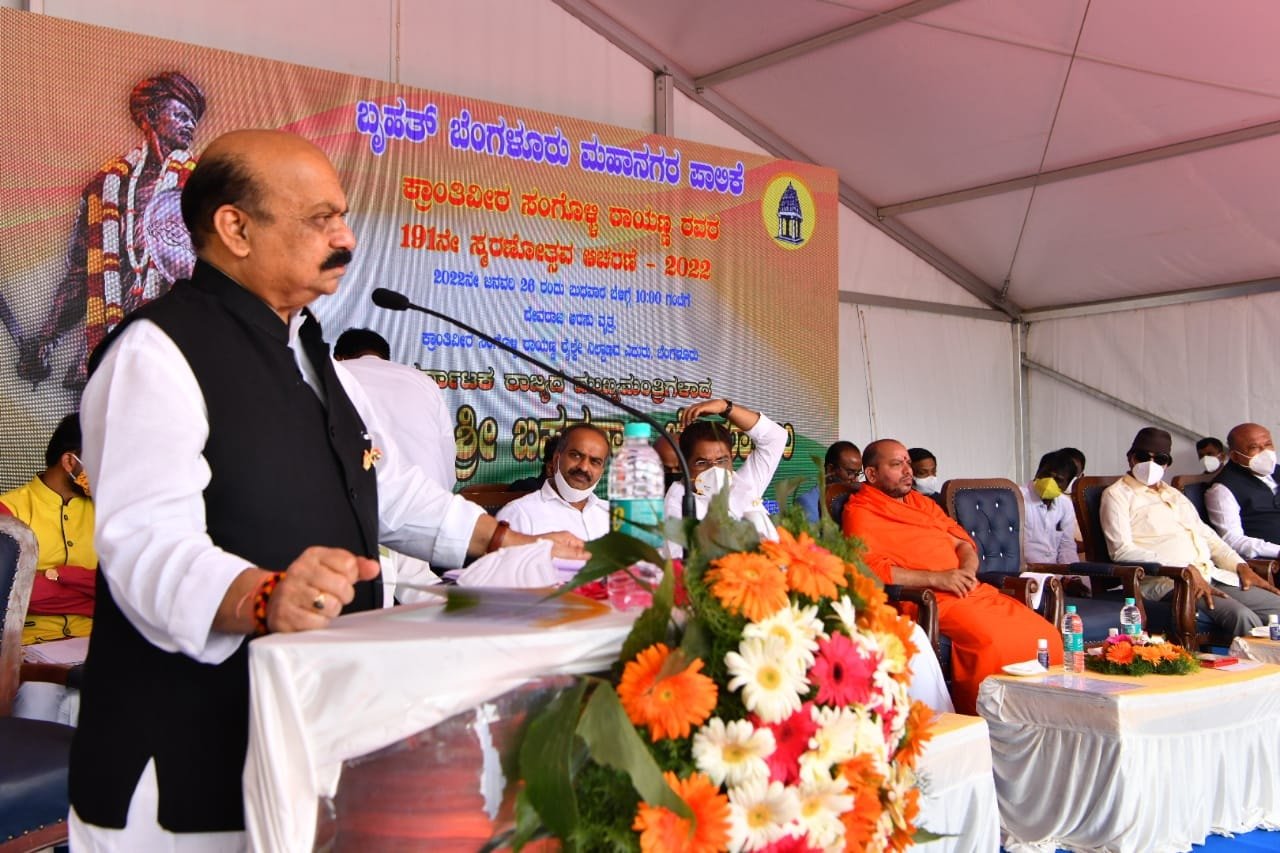 Bengaluru, Jan 26: The Karnataka government is all set to establish a military school in the name of freedom fighter Sangolli Rayanna at a cost of Rs 180 crore, Chief Minister Basavaraj Bommai said on Wednesday.

Speaking after garlanding the statue of Rayanna on his 191st Remembrance Day here, he said, the state government has already released Rs 55 crore for the purpose, and the construction work of the school would be completed this year.

"Discussions are on with the Defence Ministry to adopt the school. Defence ministry is almost likely to convert it into a military school. Hostel and all the required facilities are coming up on a 100 acre land," he was quoted as saying by his office in a release.

Noting that work on developing his tomb at the spot where Rayanna, a 19th century icon who fought against the British, attained martyrdom at Nandagada ,would be taken up, the Chief Minister said approval has been given for developing a rock garden on a 10 acre land at his birth place Sangolli.

These memorials are being built to provide a glimpse into the life of Rayanna for the young generation, he said.

Bommai also said orders would be issued to have Rayanna's portrait displayed in all schools and colleges.