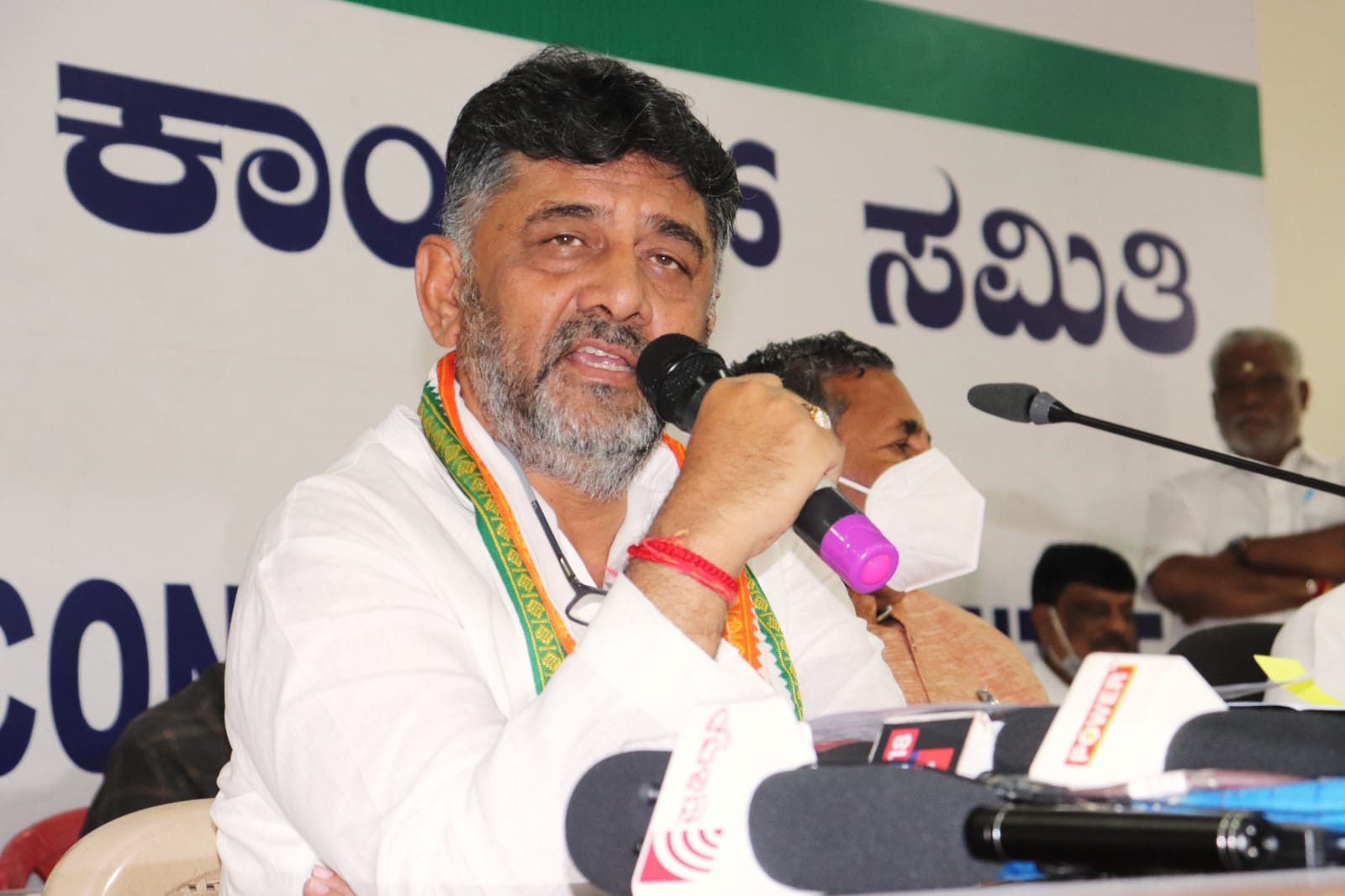 Bengaluru/Delhi, May 23: Karnataka Congress president D K Shivakumar on Monday said the party's national General Secretary Priyanka Gandhi Vadra has agreed to campaign and spend time in the state, for the Assembly elections next year.

The KPCC chief's sudden New Delhi visit came amid talks about differences between him and Congress Legislature party leader Siddaramaiah regarding probable candidates recommended to the high command for upcoming MLC polls in the state.

Shivakumar said he had come the national capital for party work and the final list of candidates is likely to be announced by this evening.

Tomorrow is the last date to file nominations for the June 3 polls to seven seats of the Karnataka Legislative Council to be elected by MLAs and all the three major political parties in the state -- Congress, BJP and JD(S)-- are yet to announce their candidates.

"Everyone will have the desire that their leader should come to their state, but as of now it has not been discussed," Shivakumar said in response to a question about several state leaders insisting that Priyanka Gandhi contest the Rajya Sabha polls from Karnataka.

Speaking to reporters in New Delhi, he said, "We have said that she should spend time for the state during elections (assembly polls) and she has agreed to it. She has said that she will campaign in the state...no discussion has taken place regarding Rajya Sabha tickets."

This comes amid speculation that a section of the Karnataka Congress leaders, including Shivakumar, wants Priyanka Gandhi to contest the June 10 Rajya Sabha polls from the state, as they feel it may benefit the party during the Assembly polls, due next year.

Shivakumar had recently said the party wants Priyanka Gandhi Vadra to "concentrate on the south, where elections are coming up".

Stating that he and Siddaramaiah together had submitted a list of candidates to the high command for MLC polls, Shivakumar said, "We have given our opinion and the high command will decide. There were more than 200 aspirants for the two seats, so there is difficulty, there are also people who have the required qualification and ability but have not asked for tickets, they too had to be considered."

He said, the list should be finalised and announced mostly by this evening, as tomorrow is the last day to file nominations

"We have taken care of all aspects including social justice while recommending names," he added.

The election is necessitated as the term of office of seven members is set to expire on June 14.

The seats will be falling vacant, due to the retirement of MLCs -- Laxman Sangappa Savadi and Lahar Singh Siroya of BJP; Ramappa Timmapur, Allum Veerabhadrappa, Veena Achaiah S of Congress; and H M Ramesha Gowda and Narayana Swamy K V of JD(S).

According to official sources, in this election, each MLC candidate will require a minimum of 29 votes to win, and on the basis of minimum votes required and tallying it with the strength of each party in the Legislative Assembly, the BJP will be able win four seats, Congress two and JD(S) one.

Responding to a question as to whether senior party leader and former Minister S R Patil is a probable candidate for the Rajya Sabha election, Shivakumar said, "party will decide regarding his candidacy...at the party's recent 'Chintan Shivir' (in Jaipur) it was decided that new faces should be given an opportunity from top to bottom level, so considering all aspects the high command will take a call."

Regarding his sudden Delhi visit, he said he had come here to collect election forms and also to participate in a meeting regarding organising state-wide yatras and state-level 'Chintan Shivirs' as decided during the Jaipur meet.