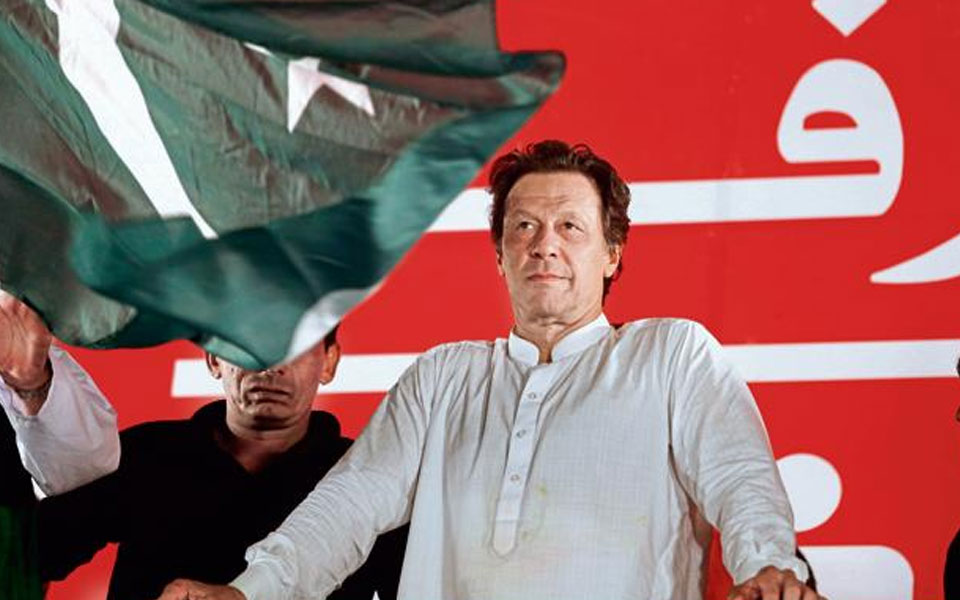 On August 11, when cricketer Imran Khan will be sworn in as Prime Minister of Pakistan, it will be only the second time the nation will be witnessing a changeover from a civilian to civilian government. In a history full of twists and turns during the last 70 years since its creation, Pakistan has suffered four bouts of Army rule and three suspensions of the Constitution. A graffiti seen after Zulfiquar Ali Bhutto’s swearing in as prime minister on a Karachi wall in the early 1970s had summed up the reality well. It said: “Sorry for the brief democratic interruption! Military rule will be restored soon.”

Pakistan had not been fortunate to have visionary leaders like we in India had in Nehru, Gandhi, Ambedkar, Patel and Azad. Nor did the nation emerge out of any sustained struggle which could have enabled its leaders to forge unity around a cogent ideology.  Its founder Mohammed Ali Jinnah barely lived for a year to lend it a sound footing and durable institutions. Army being the only organized force, thus found itself in a position to replace inept and corrupt civilian rulers frequently.

Islam did not prove an effective glue for the two wings flung hundreds of miles apart across Indian territory. A Punjabi-dominant Army and imposition of Urdu widened the gulf further and led to the loss of its eastern wing in 1971.  Young nation’s history makes it evident that Pak rulers were gravely mistaken in conceiving India as ‘a polyglot, riven with mysterious and frightening contradictions’,* and that the ‘cowardly, ill-organised Indian army will offer no effective response to any push from Pakistani Army’**.  This doctrine dominated the Pakistani psyche in its formative phase and has now melted considerably. But the concern for coming up with sound Institutions to provide a bulwark for the nascent democracy on par with India has not been adequately realized.

Pakistan thrived on a false sense of superiority engendered by its Army rulers. Wishful thinking and empty boasts dominated political narrative and analysis in Rawalpindi for several decades. It was only after the loss of the eastern wing that Pakistani intellectuals, media and academia began to look for reasons for its dismemberment and an earnest search was launched for a national credo.

Even while it oscillated between military rule and civilian autocracy, the nation has failed to address the basic malady, the feudal system which stifles democracy at its roots and nurtures ills such as bonded and child labour, illiteracy, gender inequality, honour killings and extreme economic inequalities. These were overlaid with fundamentalism, religious extremism, and militancy by those who envisioned Jihad in Afghanistan and Kashmir as rallying points for a nation that sorely lacking a positive national agenda. The rich and the haves who had the luxury of reaching the corridors of power in the moribund nation added sectarian fault lines through laws like blasphemy and declaration of Ahmadis as non-Muslims.

When it came to playing with religious dogmas, there was no difference between leaders elected by the people and usurpers of power. Ahmadis were excommunicated by a legislation during the reign of Bhutto and Blasphemy laws were brought under Gen. Ziaul Haq.

Pakistan has betrayed a strange alchemy with democratically elected leaders behaving as autocrats and military rulers trying to civilianize their rule through convenient handmaidens. Bhutto and Benazir both were arrogant to the core and tried to turn the nation into a personal fiefdom. Amassment of personal wealth was the core concern for Nawaz and Shahbaz duo, and Asif Zardari. Judiciary received a raw deal at the hands of Gen. Pervez Musharraf. Zia conducted the first general elections on a partyless basis and put an unknown Muhammad Khan Junejo on the power pedestal. The system thus bred a battery of sycophants or bloodthirsty enemies. When in power most time is spent on either lavishing favours on acolytes or fending off attacks from foes. Development and policy initiatives are relegated to the backseat. Once out of power, they head for Dubai, England or Saudi Arabia, by now well-known destinations for self-exiled politicians.

Army’s influence is all-pervasive. Defence Colonies across cities of Pakistan are studded with lush gardens and meadows, posh villas and well-maintained golf grounds. Nearly a third of the national budget is devoted to the Defence. Civilian leaders can think of trimming their entitlements only at their own peril. The past decade of civilian rule suggests that elected leaders have learnt to remain on the right side of the starched generals.

Probity in public life is a distant dream in Pakistan. Impunity is built into the system. Institutions holding the politicians accountable have been systematically sabotaged over the years. Justice Hamoodur Rahman Commission Report on loss of East Pakistan was never made public. What caused crash of plane carrying President Gen. Ziaul Haq is not known? The latest example is that of National Reconciliation Ordinance (NRO) which seeks to whitewash the corruption and crimes of all past politicians. Imran Khan has made a note of it in his book Pakistan: A Personal History (Transworld Publishers, London):  ‘More than 8,000 bureaucrats, govt officials, bankers and politicians charged with corruption offences between 1986 and 1999 were given an amnesty, including Benazir and Zardari.’

Imran Khan inherits a nation deep into a mess. His own words will urge action from him. Indeed, a fearsome ordeal stretches ahead of him. Will he be upto the challenge, is the big question.

*Words by Zulfiquar Ali Bhutto in Washington Post after the death of Prime Minister Jawaharlal Nehru.

**This is how President Gen. Ayub Khan visualized India.